Cambodia: Biking the Off Beat Temples of Angkor

So you’ve been to Siem Reap and most likely you’ve seen Ta Prohm, Angkor Tom, Phnom Bakeng, Banteay Srey and the iconic Angkor Wat right?  But do you remember visiting the “lesser known” temples  or have you even heard of them? Maybe not huh? Maybe because you’re already templed out. 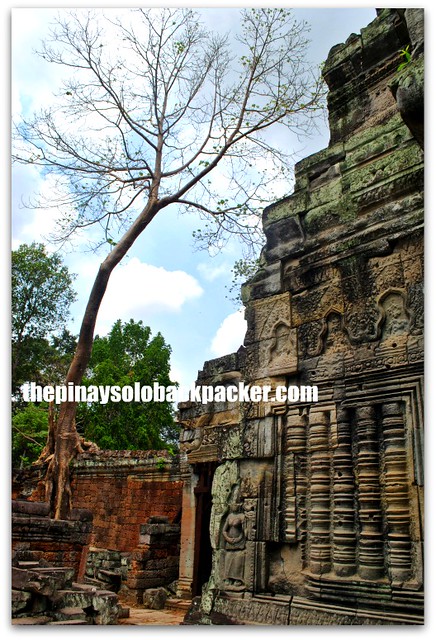 When I visited Cambodia summer of last year, I got 2 weeks to spend so I bought a three day ticket to explore the temples by bike. Angkor is a vast city of  the ancient Khmer empire so it is not surprising if you haven’t explored all the temples scattered here. I have had the luxury of time so I was able to explore most of it.   A map would be helpful for the tour to avoid being lost and to maximize your time. 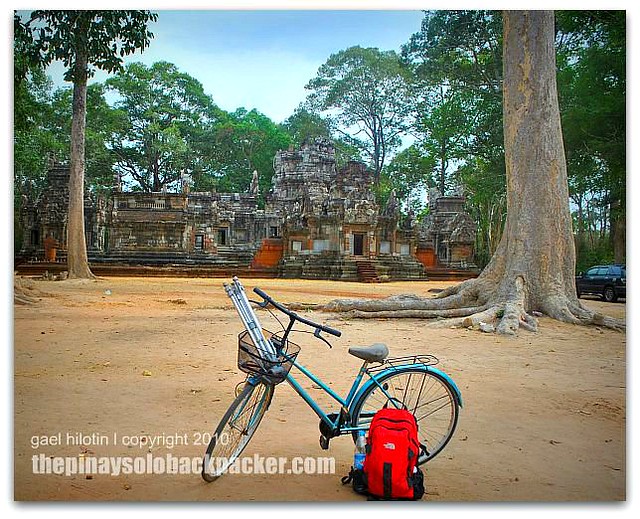 Here’s some of the not-so-famous temples that you may wanna consider when visiting Siem Reap :

One my personal favorite is an intriguing and unique temple called Neak Pean, also called the “The Entwined Serpents” because of the curved of nagas (snakes) running around the base of the temple structure representing the naga kings Nanda andUpananda. 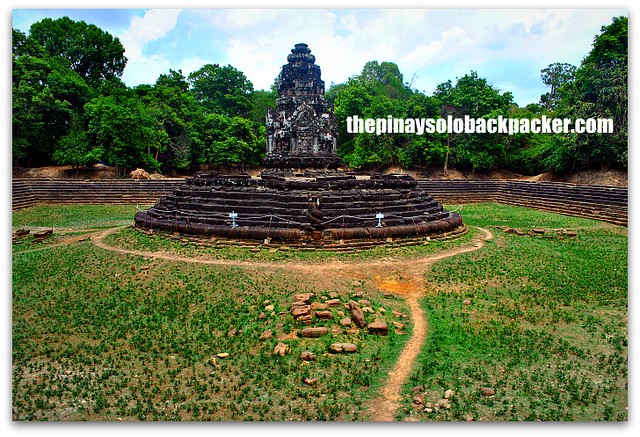 There are conflicting theories as to why it was built.  Some say that in the 12th century, King Jayavarman VII is said to have ordered the construction of a vast reservoir to provide water to its hundred-thousand support workers.  While others believe it was built as a replica of Lake Anavatapta in the Himalayas.  In Buddhist belief going into these pools would balance the elements in the person, thus curing illness.

This temple is similar to its more famous sibling Ta Prohm due to the trees and shrubs growing with the gopura.  It was built by King Jayavarman VII for his father Dharanindravarman II.  The main tower surrounded by four pavilions is still left standing although most  of its parts are already left in ruins. 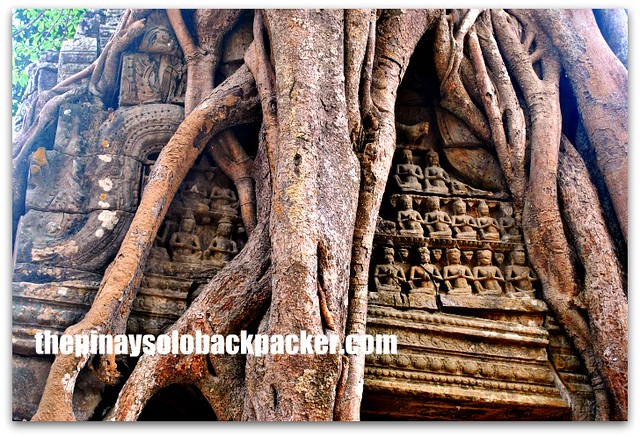 Earning the moniker, the “Citadel of Chambers”, this temple is akin to the architecture of the  Bayon temple due to the four-faced tower gate design. 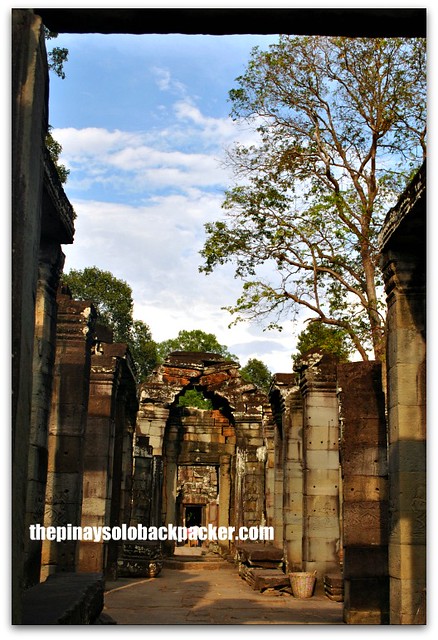 You will pass by a lush jungle before getting to the next tower gate.  Its hallways are decorated with frescoes of dancing Apsaras but most of its pillars and walls are heavily ruined.

Preah Khan is another personal favorite because of its scenic two-story library, the House of Fire and a stupa in the middle of the main temple.  You can climb the structure fronting the library to get a panoramic view of the Preah Khan. Most of the laterite walls, hallways and galleries though are in a state of ruin and others have been eaten out by huge trees. 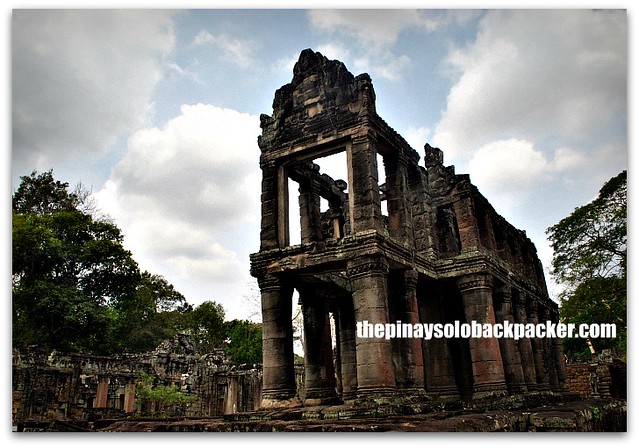 Like any other visit to ancient empires, before considering a visit to the ancient Khmer kingdom, it is essential to read and get some basic understanding of Hindu and Theravada Buddhist belief. 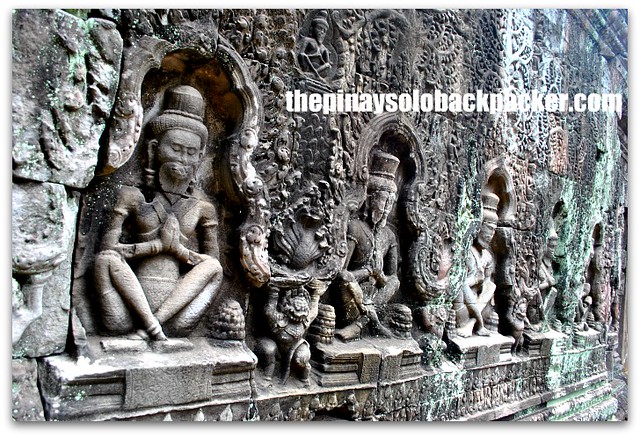 You can visit these lesser known temples while the rest of the tourists are following the usual route – sunrise at Angkor Wat, sunset at Phnom Bakheng, and touring Bantey Srei, Angkor Thom, and Ta Phrom between sunrise and sunset.  To avoid being templed out, it is advisable to mix temple hopping with other activities like visiting the countryside, the museums, art galleries, and orphanages. 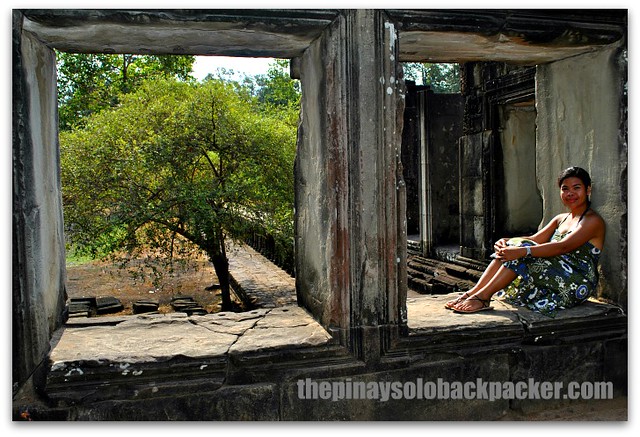 *This is part of my Cambodia tour.”