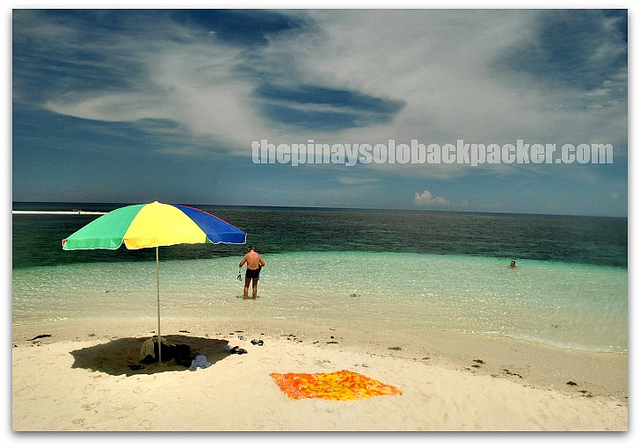 Unlike Gelli de Belen in her movie “Camiguin, Ikaw Lang ang Mamahalin“, I don’t have the guts to flaunt a bikini in White Island, at least not yet, just a piece with Hawaiian prints will do for now.  And oh, speaking of Hawaiian, many tourists thinks that visiting White Island in Camiguin is like having luxurious Hawaii vacations.  Perhaps it’s the volcanoes surrounding the white sandbar that makes it akin to Hawaii beaches. But well, Camiguin has a beauty of its own that need not be compared with Hawaii beaches. 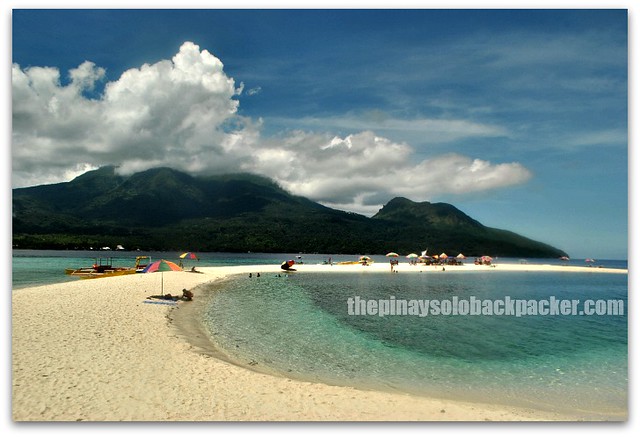 “Where can I find the multi-cabs that passes by the jump off point to White Island? ” I asked a man with sun-streaked hair and a wind-and-sun-burned skin. It was almost my 3rd month on the road and travel fund is becoming a headache.  I need to find a cheap way around the island without having to skip the famous White Island.  The area is near the market where fresh goods are sold and jeep and tricycles are lined up and touts gather waiting for passengers to arrive. “You can take an East-bound tricycle instead.”

The passengers displayed weary looks despite the fact that the sun has just risen on a Sunday.  In front of me are a woman with a small plastic of bananas on one hand and her curly-haired little girl sitting on her lap, and a man carrying a plastic of fish and vegetables.  No one spoke a word; the annoying noise of the vehicle filled the air.   I reckon everyone just wants to go home and cook what they have brought. 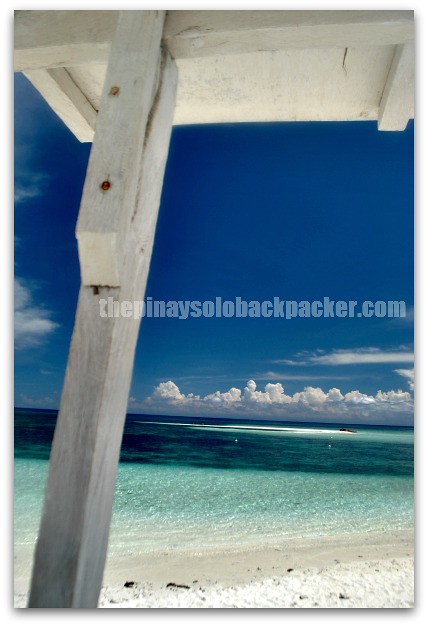 If you happen to get a hotel in Mambujao, Camiguin’s capital where cheap accommodations are located, a cheap way to go to the jumping-off point of  White Island in Camiguin (without having to beg or sacrifice your feet) is by riding an east-bound tricycle near the market for Php7.  Just ask the driver to drop you off at the jump off point near Agoho.

“Follow the crowd. Just ask there. Then sign up for a boat, you should see a sign”, the driver, the woman in front of me and the man sitting beside me were all eager to help. The silence was broken by cheerfulness; everyone was excited for this girl carrying a red forgotten backpack.

I scheduled my trip to White Island in Camiguin on a Sunday because I figured a lot of tourists will surely hit the beach, and I have a bigger chance of joining a group than doing it on a weekday.  The boat can only accommodate a maximum of six persons and every group has six people. “Except for that two foreigners.” , the woman manning the booth pointed to two Caucasians sitting by the tree.

The last time I asked to join a group was back when I was crossing the borders of Thailand and Cambodia. I took a breath and decided to give it a shot. “May I join you on the boat? Let’s share the cost.” I timidly asked. “No speak English.” I spoke slowly, the woman sporting a boy-cut hair shook her head, still she could not understand, and then she took out a pen and paper from her bag and handed it to me. I wrote the boat rate and divided by three.  “Okay?” like a desperate child I asked again. “Yes”, they both smiled. 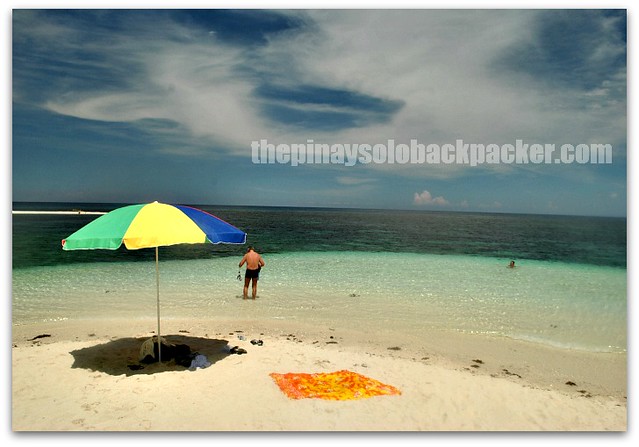 The couple is from France, around mid-50 or so and speaks limited English.  I adore people like them who dare to travel the world even if they know they will have a hard time communicating with people. I was expecting they will take out a camera and start taking photos of themselves. But they took a video camera instead and recorded White Island in Camiguin for a few minutes.  They never took a video of themselves. I wanted to ask a lot of questions, they seem approachable but like I said, they could hardly understand me. Unlike many of us who would go to the beach and get busy  taking photo of ourselves and the place, making sure we have a good photo to take home for our Facebook, Instagram or our blog, this couple is busy swimming, getting a tan and savoring their surroundings. They seem to enjoy every moment never minding about “Hey, I was here photos”.  I used to travel like that and I miss it. But the sad truth is, blogging has become my bread and butter, and as much as I want to just  immerse in the place and forget about carefully crafted photos, I need funds to pay my bills and my next travel. 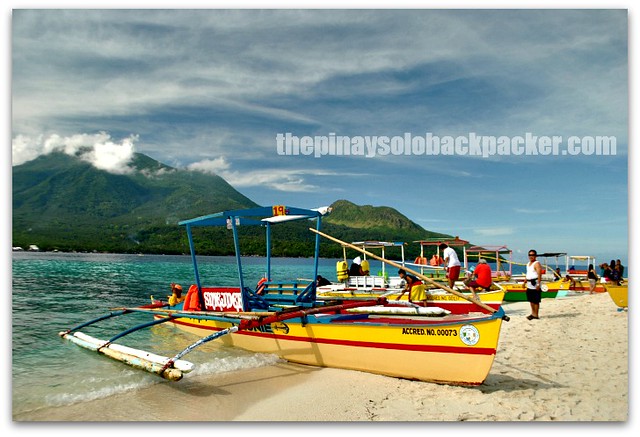 The cloud has slowly disappeared and showed the Old Volcano while the number of people slowly diminished.  Ten, eight, until five boats were left.  The sun is at its peak showing the fairest color of the endless sea lapping around  White Island in Camiguin.  I watched the French couple as they happily soak in the sea and sun and finally lounge in the sand. They simply enjoy the beach and look at each other like young lovers on honeymoon.

There are  a lot of travelers in the world but we only know a few, most are never heard of because they don’t write on magazines, they don’t have a blog and you don’t see them on reality TV or  travel shows and they do not promote themselves,  but that does not make them less of a traveler. 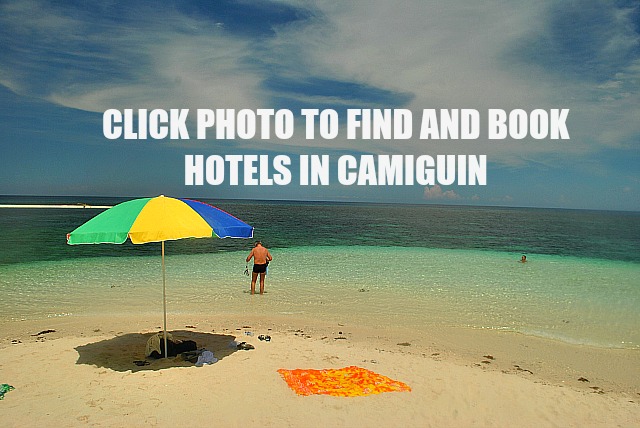