Apart from the great seductress  Anawangin Cove and the famed jewel of blue and green caldera of  Mt.Pinatubo, on the other side of the massif, there lies Lake Mapanuepe — another outcome of  Mt. Pinatubo’s madness that is unknown to many tourists. 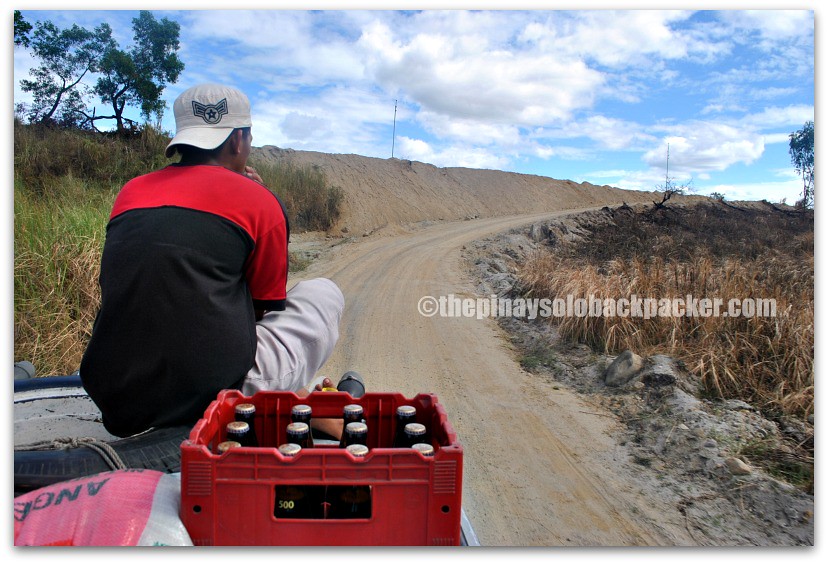 Armed with overwhelming feeling of excitement and curiosity, I boarded the top of a jeep with 2 friends :  Dong and Chyng to Anglao town from San Marcelino, Zambales (Philippines).   The sun has begun to poke it’s nose further out into the sky unveiling a wide expanse of   a deserted agricultural landscape covered with  ashes  creating an illusion of  snow-covered  land when viewed from afar. 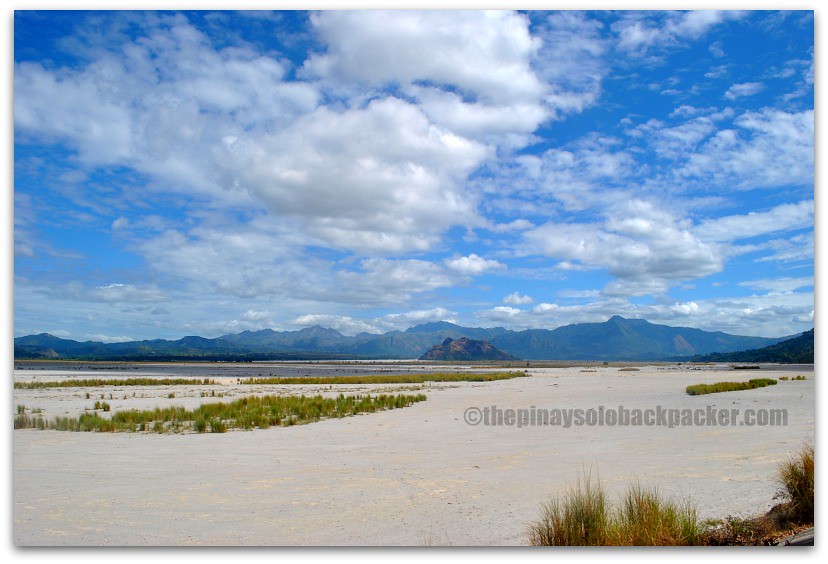 As the jeep paved the way  to the bumpy road that  seems to disappear into a postcard perfect field flanked by towering hills, one of the locals asked us where are we going to stay for the night as there’s no more jeep that’s going back to town because it’s a Sunday. For a moment, that thought worried  us, but  there’s gotta be a way – we would either hitch a ride or walk back . 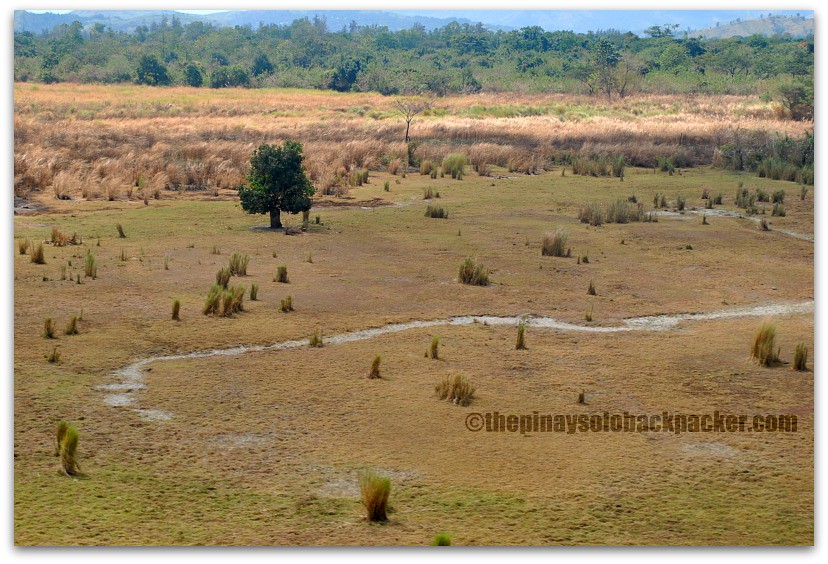 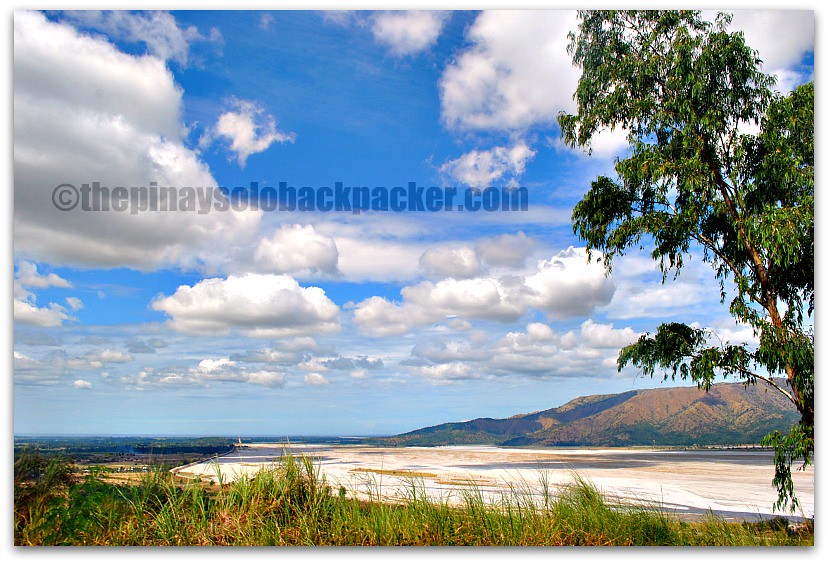 As the jeep ascended  into a winding road, we were welcomed by shouts and laughter of  the Aetas  ( indigenous people thought to be the earliest inhabitants of the Philippines) now living in shacks beside the road.  After the destructive eruption of  Mt.Pinatubo, some of them fled to safer grounds and rebuilt their communities.  The jeep continued to pave the way to our destination, the sleepy village of Aglao – the jump off point to Lake Mapanuepe. 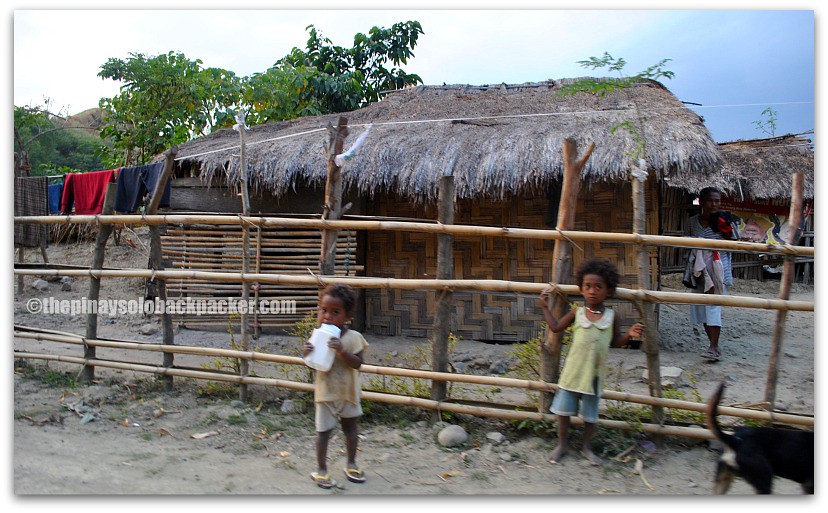 With Mt. Pinatubo’s eruption in 1991, lahars (volcanic mudflows) descending along volcano channels to Marella River, blocked its tributary Mapanuepe River and generated natural lakes.  The Mapanuepe River overflowed to the village of Anglao and Bajaoen covering their  houses, and livelihoods thus, the name Lake Mapanuepe was born (adopted from the name of the river itself).  To prevent catastrophic draining of the lake, a trench was excavated at the bedrock to stabilized it. 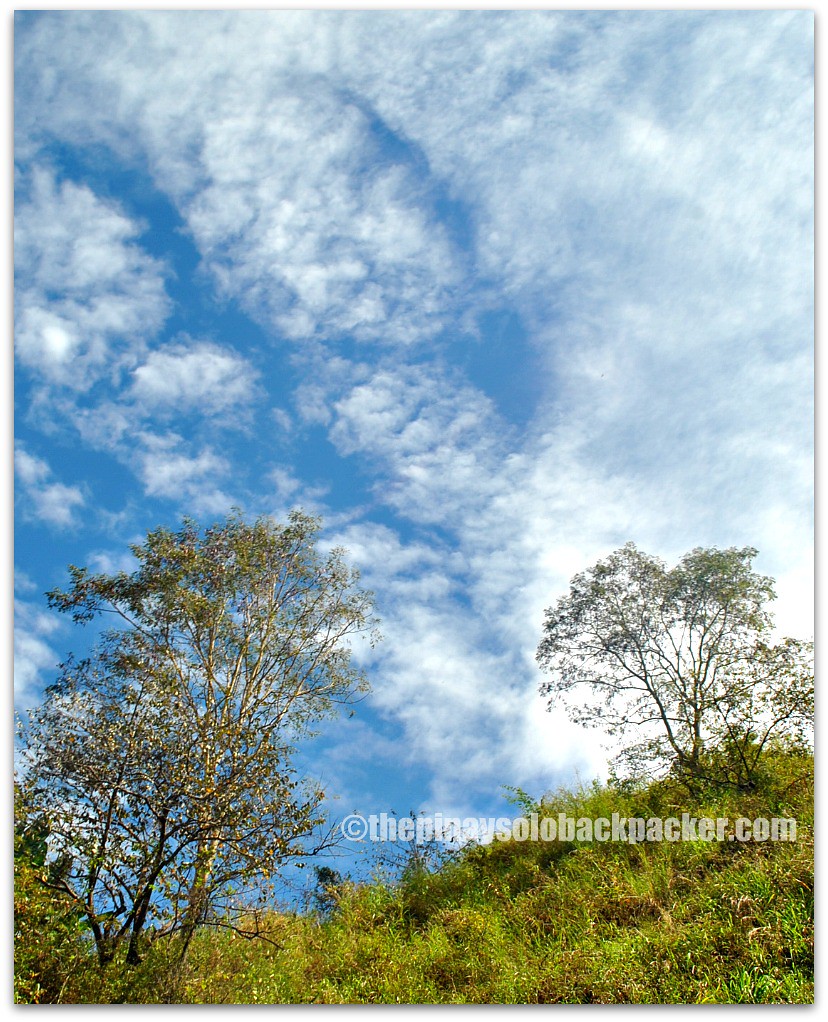 As soon as we got off the jeep, we walked hurriedly towards the serene lake.  If you know nothing about its dramatic past, it may  seem as if it’s like any other ordinary lakes until you come across the only remnant of  its past –the sunken church of  Bajaoen. 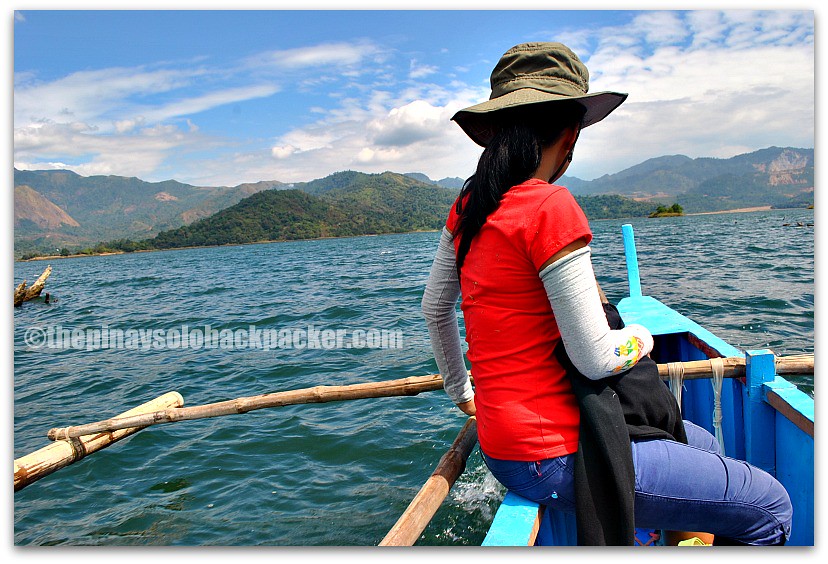 We hired a small outrigger boat from a fisherman to take us to the maroon steel cross that’s protruding out of the water.   Some trunks of  sunken trees are also seen sticking out  as we sail through the lake.  The  water passage broadened into a wider lake revealing  a massif  that provides dramatic backdrop for the lake and the cross, though some parts due to mining  are eyesores. 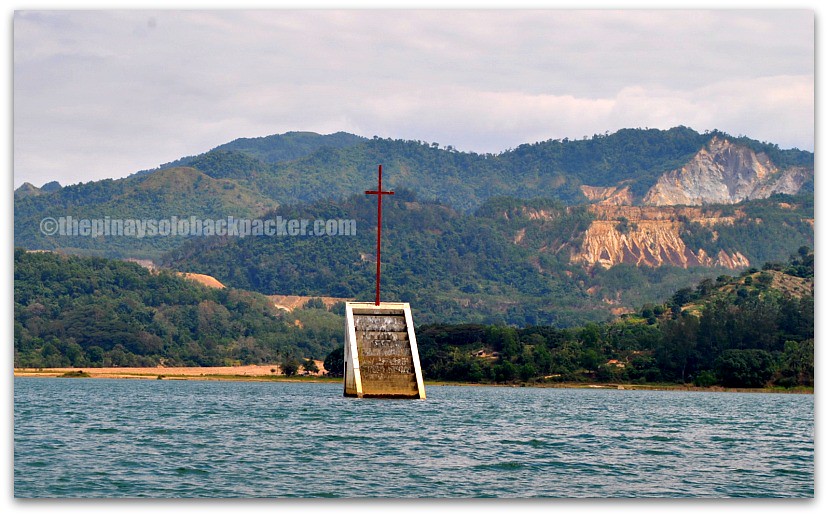 As the boatman sailed closer to our destination,  the most poignant image of the catastrophe springing to life  emerged before us.  And  all of  sudden it felt as if it enveloped us in silence. 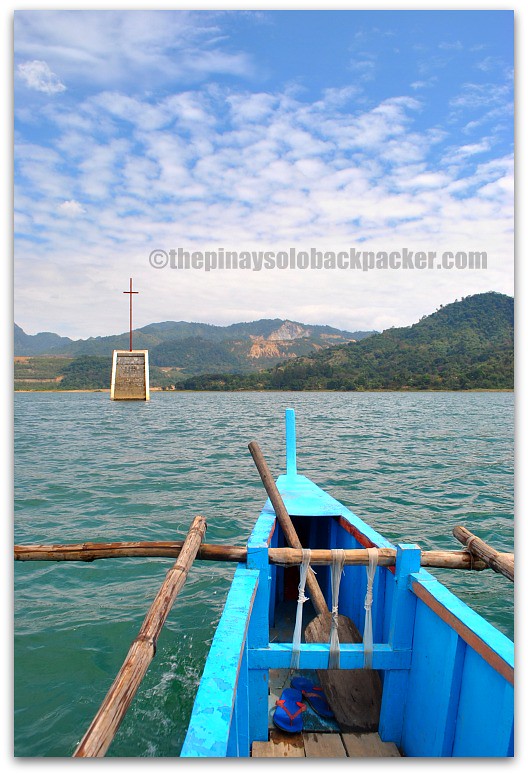 A raw and strengthening wind is funneling  down the highlands straight to our faces.  The unclear waters can be seen in the spaces between the steps of  the cross.  I was too scared to walk, not because I can’t swim but because I was scared to fall into the unknown.  I love adventure, curiosity keeps me alive but at that moment as if  the lake whispered to me to be at peace and pay respect. 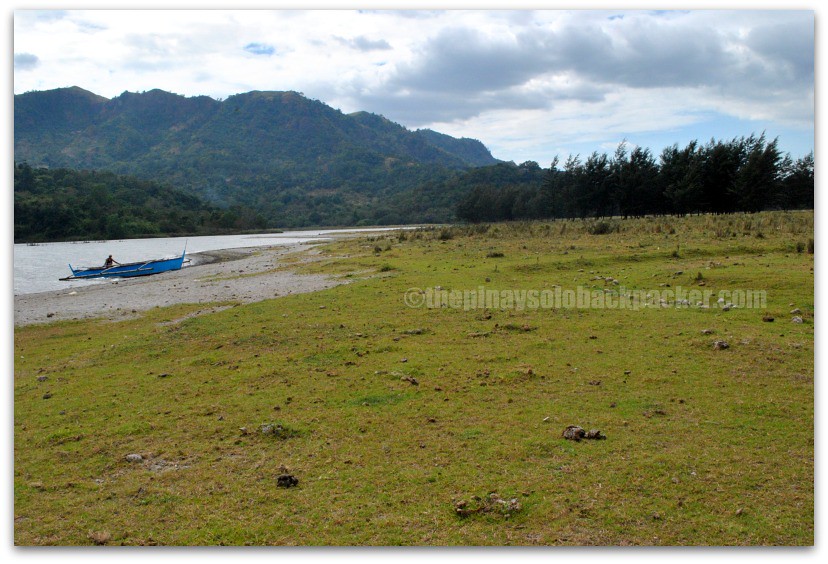 Everything has to come to an end eventually, even the most destructive catastrophes…that is the cycle of  life.  For the residents of Aglao,  they’ve learned to adopt to such madness and uncertainties.   They rebuilt their homes and their livelihood  at the banks of  the lake. 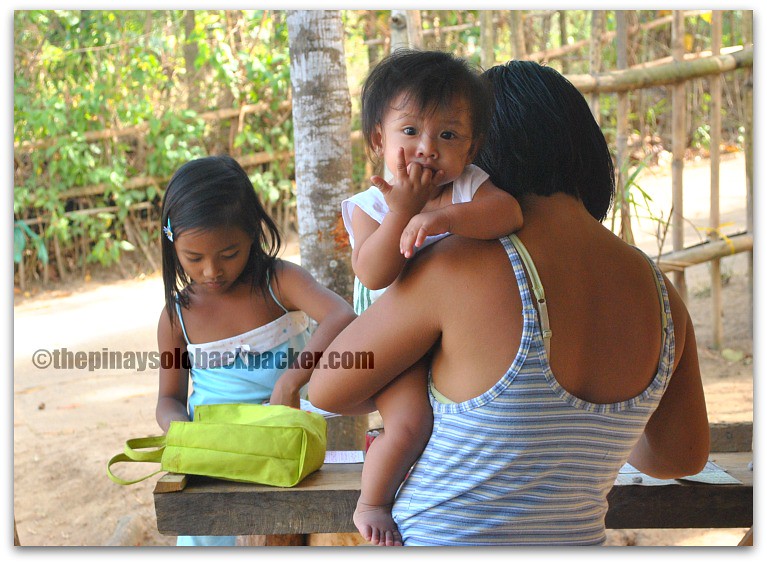 We we’re already starving  so we bought some canned goods from the nearest store by the lake.  The store owner offered to cook the food for us and invited us to their humble house for lunch.  She confirmed that there’s no more jeep to take us back to town as it is a Sunday so we decided to look for the village chieftain to inquire about our next option.  We  we’re amazed to find him doing manual labor for the baranggay hall to save money for the village.  We we’re lucky because the workers will return home that afternoon so we hitched a ride on their small jeep. 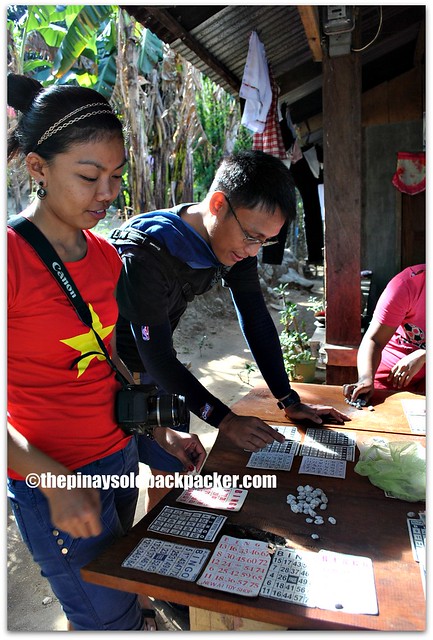 Chyng and Dong Ho playing Bingo with the locals

Over the years Korean investors started  invading the tranquil village, in fact, most of the men of Aglao now works for the mining companies, reason why the workers of the baranggay hall all came from the neighboring town.  I’m against mining, but as our host narrates, ” It’s the only job of the young men here.” 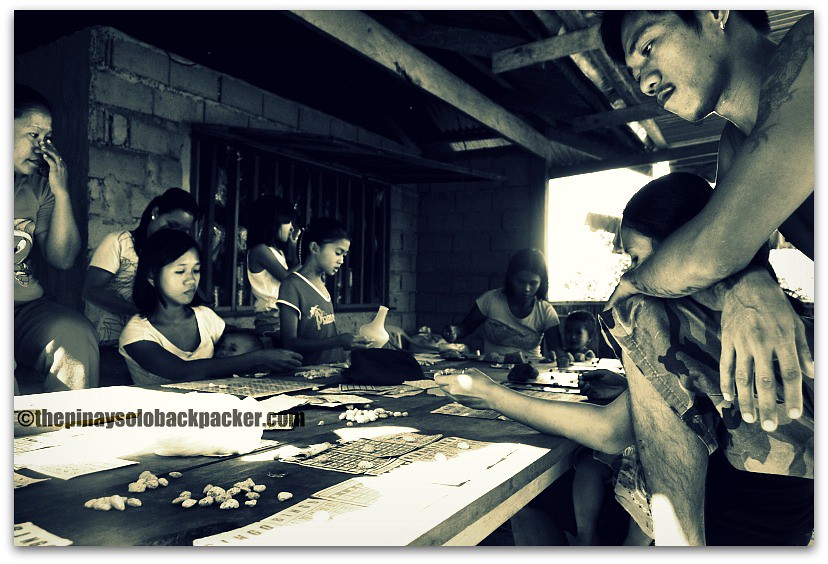 I have always  been intrigued by the unscrupulous significance of the volcanoes  in the lives of the villagers like why the locals continue to live in terror and uncertainty beside active volcanoes that  destroyed many lives.  For some villages and tribes, it’s the century old religious beliefs and respect for the volcanoes that  makes them stay,  but for the people of  Aglao … this  is their only home. 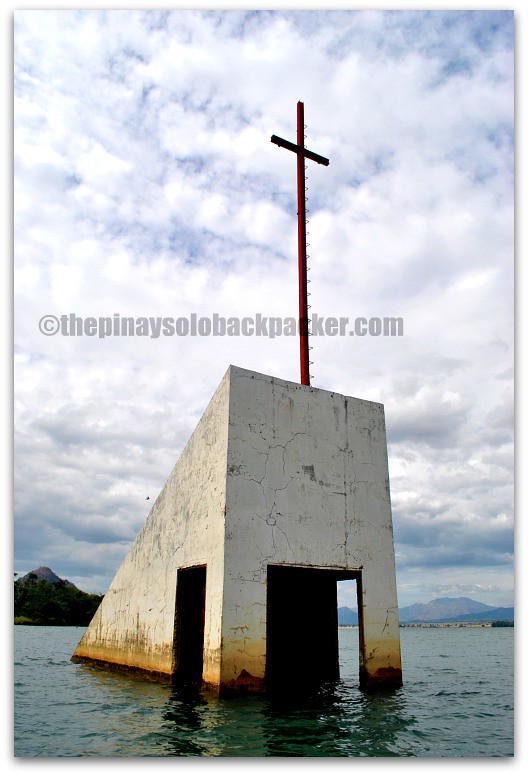 Here the cross  is not seen as a Roman torture device and more than just a symbol for Christianity, it is a monumental reminder of  a tragic past and a symbol of  a lost village springing  back to life. 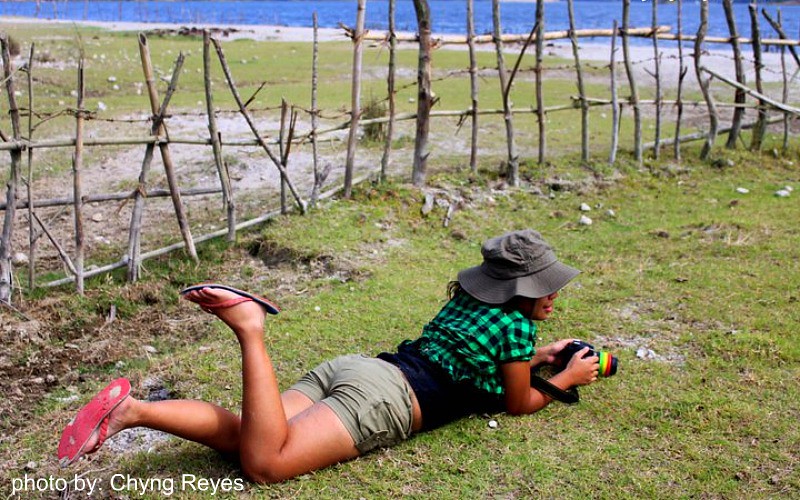