Puerto Princesa City Tour (Urban Tour) is a popular activity when in the island and most travel agencies and their partner hotels offer city tours for Php 600 per person. It’s a good price considering you’re riding comfortably in an air-conditioned van and it’s inclusive of the entrance fees to the attractions. 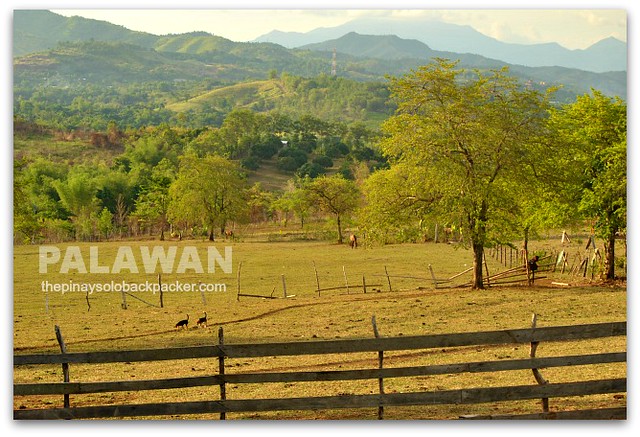 But if you are on tight budget, you can either rent a tricycle (preferably tourism accredited tricycles that are painted in white and blue usually found at the airport) for Php 600 (good for 4 pax) or trace the tourist attractions by yourself (this also means enduring the unforgiving sun and hopping on and off on tricycles and multi-cabs).

Here’s a list of the popular tourist attractions typically included in the Puerto Princesa City Tour: 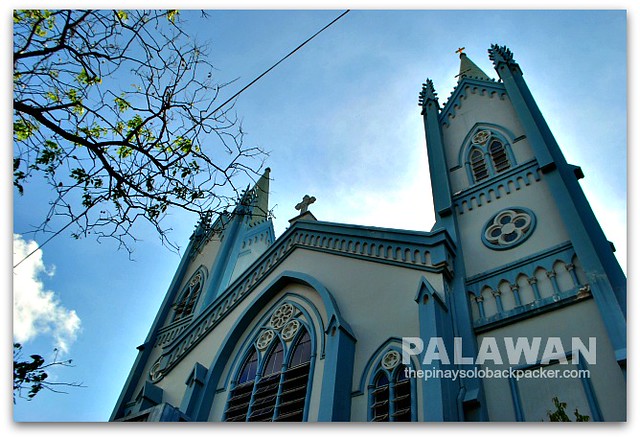 1. Puerto Princesa Cathedral –  This angular church painted in pastel blue stands on the land where the first mass on the city in 1872 was held. On that year, the Spaniards proclaimed the Immaculate Conception Mary as the patroness of Puerto Princesa city. The current church was built in 1961.

2. Plaza Cuartel – Adjacent to the Puerto Princesa Cathedral is an understated park of paramount historical importance to Palawan Island– the Plaza Cuartel, a grim reminder of  World War II.  At first glance it may appear as an ordinary park until you stumble on the triangular memorial marker at the heart of its manicured garden. Plaza Cuartel is the site of the infamous Palawan Massacre where 150 American prisoners where burned alive by the Japanese forces in the olden days. Only 11 prisoners escaped that ill-fated event.

From Plaza Cuartel, mother and I walked back to Rizal Avenue (beside the church) and tried to charter a tricycle. We’re told it’s Php 300 (roundtrip) for the Crocodile Farm and Php 450 (for CrocodilePark + Baker’s Hills + Mitra’s Ranch). This is a good price if you’re in group of 3-4. Luckily, a jeep bound to Ihawig passed by with a Crocodile Farm signboard.

3.Baker’s Hill– This beautifully designed park is hemmed with life-sized statues and lovely houses and well-manicured garden is perfect for families and children. Tourists come here for their delicious baked goodies like hopia (baboy, ube, and mongo). 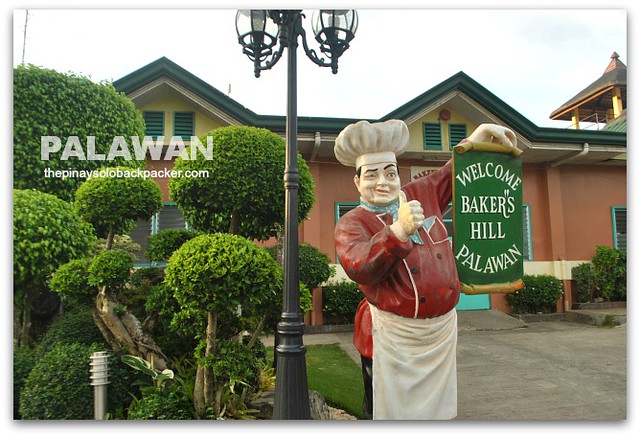 4.Mitra’s Ranch – Situated in a hill owned by Senator Ramon Mitra’s family, Mitra’s Ranch is another popular tourist spot in Puerto Princesa typically included in the Puerto Princesa City Tour. It has an interesting view of the city, a great place to relax or  ride a zipline.

5. Butterfly Garden- As the name suggests, this garden enclosed with net is oozing with butterflies, caterpillars and some scorpions and walking sticks. Entrance fee is Php 50. 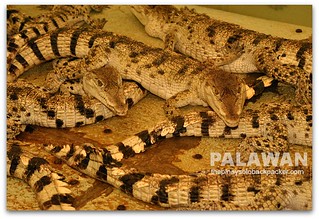 6. Crocodile Farm (Palawan Wildlife Refuge and Conservation Center)- Initially set up for the conservation of crocodiles. Here you’ll also find a mini-zoo and a souvenir shop.

How to get to Iwahig Penal Colony:

Ride an Iwahig multi-cab and tell the driver to drop you off the jump off point to Iwahig Penal Colony. Fare is about Php 20, travel time is 35 minutes. 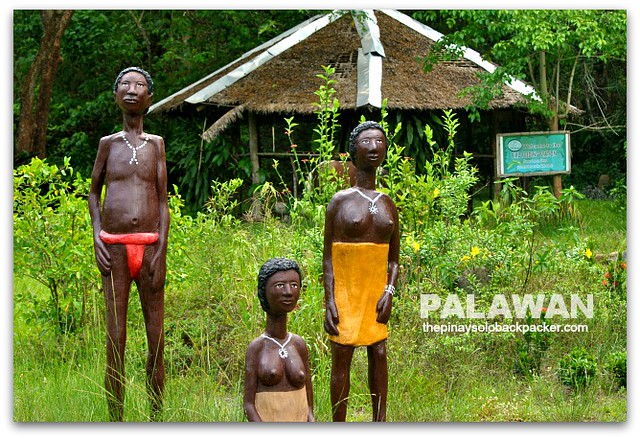 9.Mendoza Park – Built in 1991 and named after the war hero of Palawan – Dr. Higinio Mendoza, MendozaPark is a popular place to hang out by the locals especially at night.

10. Palawan Museum – Though not usually included in the Puerto Princesa City Tour itinerary, it does not hurt to pay a visit to Palawan Museum. This modest museum of the city houses ethnological and archaeological relics including artifacts from the TabonCave in Palawan. It is conveniently located in the Old City Halls building near MendozaPark.

How to get to Palawan Museum: Ride a tricycle from the city proper, fare is Php 8-10. It can be reached by foot from MendozaPark 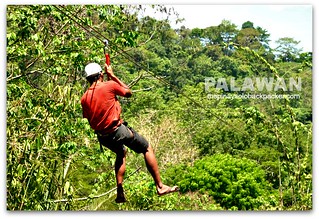 11. Irawan Eco Park – Just a few meters away before the crocodile farm is Irawan Eco-Adventure Park, a perfect spot for adventure enthusiasts. They offer zip-line, carabao ride, and canopy walk among others. It’s also a good place to dine because of its laid-back ambiance.

How to get to Irawan Eco-Park:

Hail a multi-cab along Rizal Avenue that has an Irawan or Iwahig signboard. Fare is Php 20, travel time is around 20 minutes.  Then you may walk for about 10 minutes to Irawan Eco-Park.

CLICK PHOTO BELOW TO SEARCH FOR HOTELS IN PUERTO PRINCESA 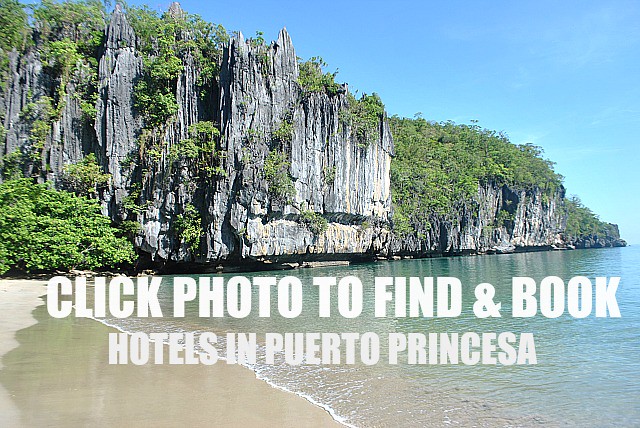 Name an island that changed your life. . #sipalay

Happy to see that domestic tourism is starting to