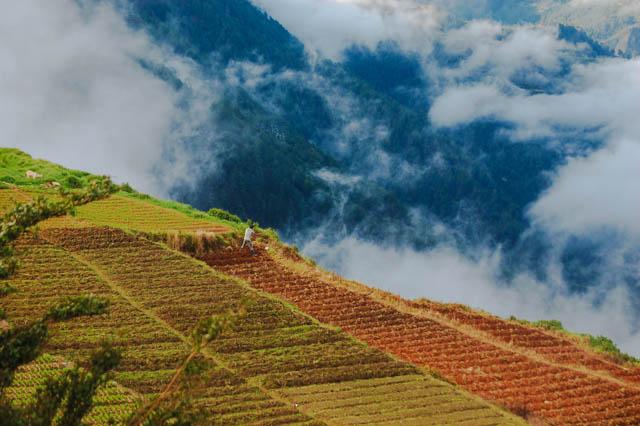 The Land of the Fire Mummies

“Pick only the beautiful ones,” Loleng Kilas, a 71 year old Ibaloi, indigenous people thriving in Benguet province, instructs me while bending over to collect the flowers from her farm perched on the slope of a headland. I met her serendipitously while ascending Mount Timbac – the third highest peak in Luzon – at the eponymous sitio of Timbac in Kabayan, Benguet.

The Ibalois have tilled their fields in the hilly region of Benguet for centuries.

Here, pine tree-fringed gorges rise to ridges draped by rainbow-hued flowers and verdurous foliage. At daybreak, a sea of pillow-pumped clouds hovers above vegetable terraces and sun-spangled massifs that plummet into the heart of the Ibaloi culture – the municipality of Kabayan. Undeniably, nothing can encompass nature’s prowess and this bountiful highland is a perfect testament to that.

The Enigma of Traditions

But apart from the scenic views, Timbac has more up its sleeve. What really draw intrepid travelers here are its interesting customs and its highly-revered century old residents, the fire mummies, a National Cultural Treasure. In the olden days, the Ibaloi tribe mummified there dead by smoking them dry, reason why they are baptized as “fire mummies”.

Still catching my breath after a foggy one hour hike through a paved serpentine road, I reached the trail to the mummy caves. Meanwhile, Vince Gapuz, an Ibaloi guide was also on his way together with two foreign travelers. They took the longer route – 6 hours trek from the Poblacion (town proper) up to Timbac – where hikers can stop over at Tinongchol Burial Rock, a place where the Ibalois bury the coffins of their relatives in holes carved out from towering boulders.

Gapuz unlocked the gate to the caves and whispered a local prayer to ask permission from the kaamaran (souls of the departed relatives) to open the caskets and to appease the spirits. 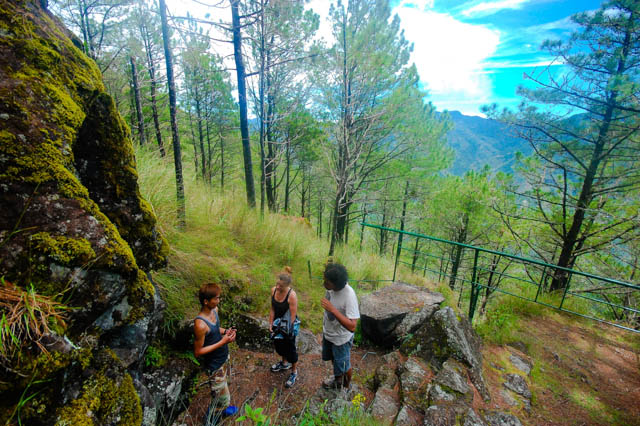 “Wow! Are those tattoos?” the Venezuelan trekker was curious. Inside the cave, piles of rectangular and oval-shaped hardwood coffins are hidden. Gapuz opened a small tomb containing what seemed like a pregnant mummy and a bigger one etched with anthropomorphic and geometric designs that have four cadavers inside – a family. Unlike their Egyptian equals, the bodies are not gauzed; instead, they are naked and seated in a fetal position. Some even have noticeable traditional tattoos on their legs.

“When a person dies, a huge amount of salt is mixed with water and poured into the mouth of the corpse, while those dying are asked to drink the salty mixtures. This is done to preserve the internal organs,” Gapuz recounts oral story handed down by his forefathers. An aromatic rare herb called bisodak is blended with local oil and other organic plants, such as ginger. The mixed fluid is then rubbed all over the dead body repeatedly, and their mouths were filled with smoke. This mummification process could take weeks.

“The body is then arranged into a fetal position which is believed to bring the person to the afterlife. It is placed on a death chair, tied on a high spot, and fire and smoke is placed underneath. This method helps the extraction of the body fluid and distracts insects to lay eggs in the mouth or ear,” he continued. 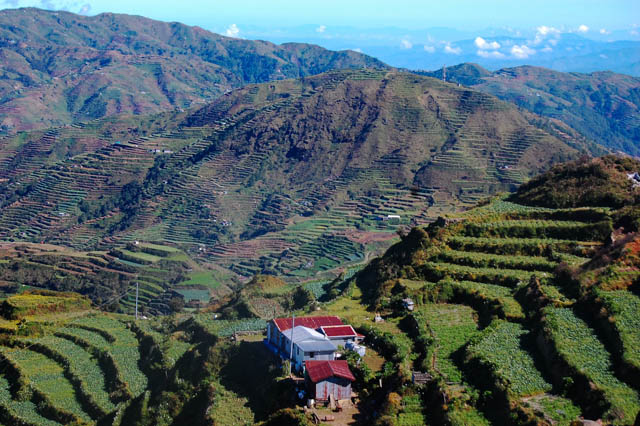 Life has changed little here over the years – and the locals are happy to keep it that way.

Interestingly, the baknang (rich) family of the dead must offer sacrifice such as cow, water buffalo or pig to feed the whole community. It is also a way of attesting their affluence. Once the cadaver is mummified, it will be buried in the family’s cave of choice – normally in high and cold places to aid in the preservation.

Julio Silverio, author of “Their Customs and Beliefs”, mentioned that the ritual of lowering the cadaver to its final resting place is invariably accompanied with a racket produced by the beating of bamboo sticks. This is said to guide the demised spirit to its counterpart in heaven. A year later, a celebration is tendered to welcome back the soul of the departed. This cultural ritual is believed to have been practiced until the advent of Spanish colonizers during the 15th century, and the sacred caves remained intact until the 19th century.

The practice of mummification though no longer exists today. “We were Christianized,” Loleng says while pointing to the Calvary on the hillside.  She said it was built because of his uncle’s dream. He saw an angel flapping her wings and was instructed to build three crosses on the hill. “This area should be respected by visitors. No dating allowed here,” she reminds me. 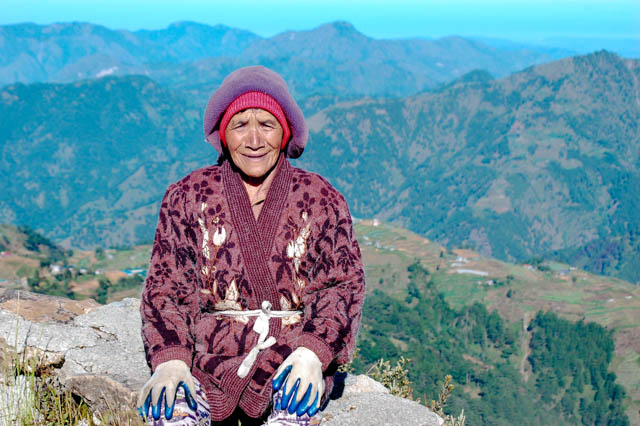 The Ibalois have stockpiled a wealth of oral history, handed down through generations.

Despite the shift in religion, many Ibalois still cling tenaciously to their age-old beliefs. An unmarried male and female, for example, are not allowed to sleep in one room. It is believed that Kabunian (deities) will bring them bad fortune.

It may not be as palpable, but customs here endure because it is sustained by unfathomable faith. The Ibaloi people continue to till their farms, living lives that appear to have changed moderately in the past years.

“Life may not be so easy here, but I will never sell my land to outsiders. This is where I was born, and this is where I want to die,” moving words uttered by Loleng as we parted. 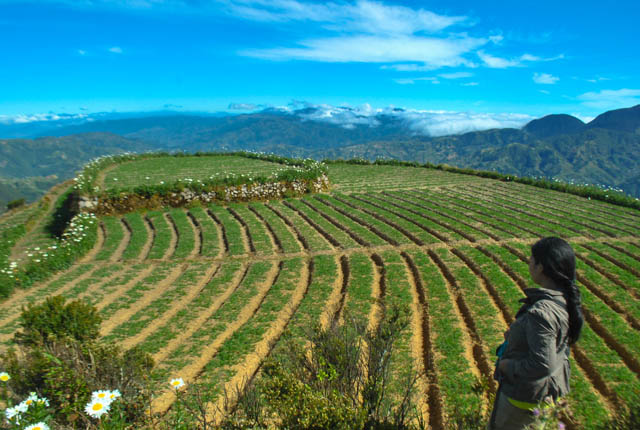 Timbac is hemmed in by mountains transformed into vegetables terraces by the locals.

Deferring my plans for the day, I sat in the splendid silence of my homestay, watching the local kids – sporting winter jackets and boots – as they play outside; their rosy rounded cheeks cast cheerful spells.  I can only hope that their generation will continue to honor their time-honored traditions. Behind them, countless old-growth pine trees persist in their vertical splendor; their scents filled the fog-shrouded atmosphere. Timbac does have a way of making me feel deeply elsewhere, an earthly paradise that beckons me into the reverie of sheer tranquil bliss.