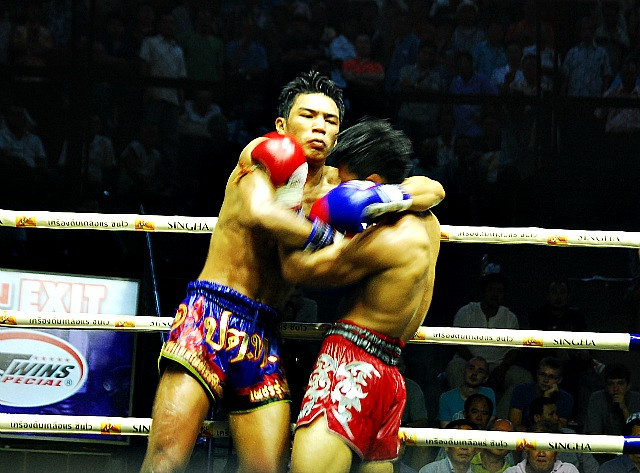 Deeply rooted in the history of Thailand, Muay Thai or the ‘Art of Eight Limbs’, is an essential part of Thai culture. On a recent trip to Bangkok, I had the chance to study and practice Thai Boxing, which helped me understand and appreciate this sport. Many tourists visiting Thailand make it a point to watch Muay Thai. Though every province in the country is dappled with Muay Thai stadiums, its capital Bangkok still remains the best venue to watch it. 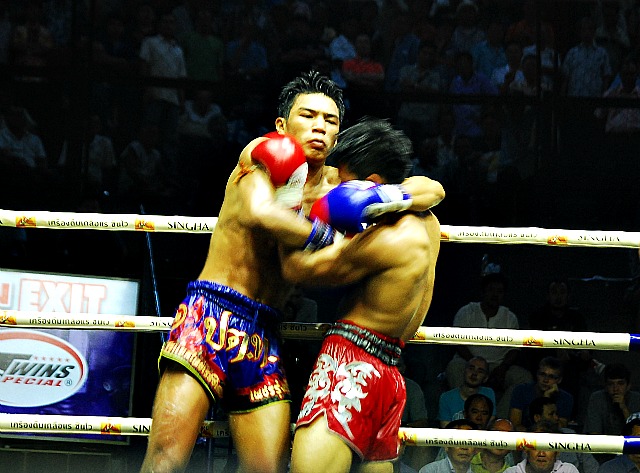 Boasting as the first association to organize a professional sport of Muay Thai in 1945, the Rajadamnern Stadium offers an authentic atmosphere to watch the famed Thai martial art.  This legendary arena is the brainchild of Marshal Plaek Pibulsongkram, the Prime Minister of Thailand during those years. The original open-air stadium is said to be reminiscent of gladiator coliseums during the Roman Empire, until roof was added to make it weather-proof. 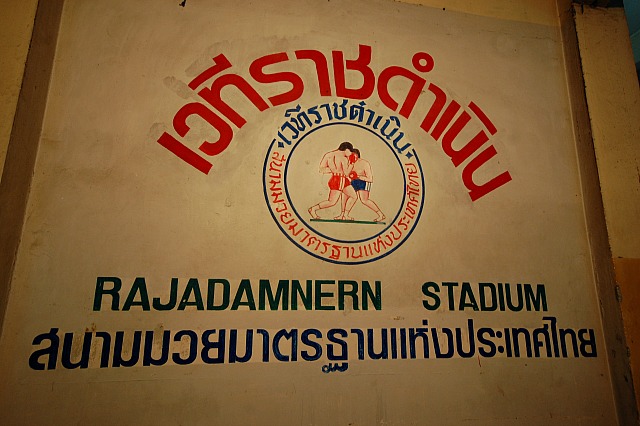 The unassuming Rajadamnern Stadium is a National Heritage in Thailand

To be eligible to fight, Muay Thai boxers fighting at Rajadamnern Stadium need to weigh more than 45.4 kg and must be over 15 years. The difference between the weights of the two opponents should not be more than 2.3 kg. 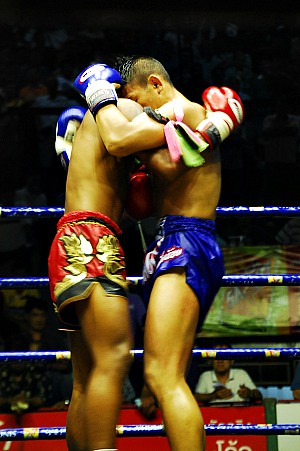 This is by far my favorite venue for watching Muay Thai fights. I guess because it felt more ‘authentic’ because of the ardent reaction of the spectators during the bout. Betting is also legal here. I’ve seen the chaos and heard the noise at the second level where gambling takes place, I was really impressed at how it’s done – by hand-signals!

Foreign tourists usually opt for the ringside to get a closer look at how the Muay Thai fights takes place. On the other hand, the locals especially those keen to bet are content to sit at deck two or three where the commotion is pretty much a typical scene!

If you want to experience the real ‘feel’ of the Muay Thai fight – stay close to the ring. It’s a different experience; you could see the facial expression of the fighters and hear the sound of their punches. Just don’t be surprised if you find yourself actually cheering for your favorite fighter or weeping for them if they get beaten. But if you want to soak up the local gambling culture, purchase a deck two or three ticket.

“Isn’t that the guy who trained us at Petchyindee Kingdom Academy!?” I exclaimed as I pointed to his photo displayed at the entrance of Lumpinee Stadium. “That’s Sam A, he’s really famous!” says Lindsey Newhall, an American Muay Thai blogger living in Thailand. 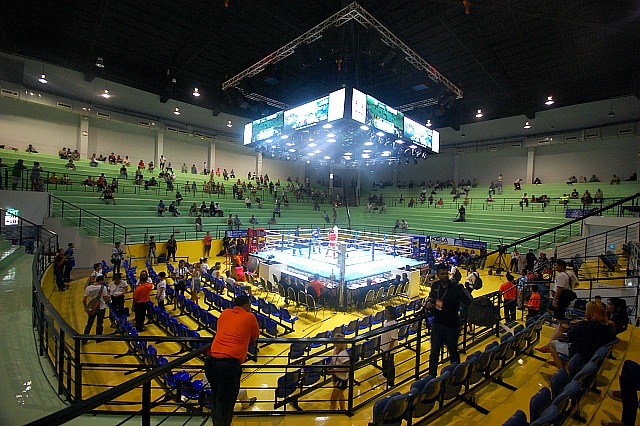 Lumpinee Stadium is one of the most well-known Muay Thai stadiums in Bangkok. Originally situated at Rama IV Road near Lumphini Park, the stadium was transferred to Ram Intra Road – which was officially opened last February only. 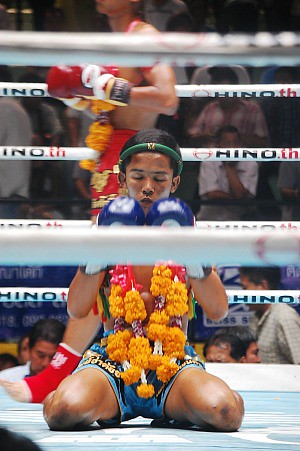 We were lucky enough to be shown around the stadium. Unlike the rundown Rajadamnern Stadium, Lumpinee is clean and more organized but I find the crowd here  quite passive.

Fight nights are held every Tuesdays, Fridays and Saturdays from 6:00 PM. Admission fee range from 200 baht to 2,000 baht.

Gambling is also legal here, just like in Rajadamnern Stadium. If you want to witness how locals bet using hand-signals, stay at deck two.

A growing number of foreign tourists are getting hooked in Muay Thai, and having practiced this sport for a few days. I can understand why. If you get hooked in Thai boxing, there are a number of gyms around Bangkok where you can train for weeks or even months, and that’s what I’m going to discuss on my next blog post.

Disclosure: The Muay Thai Bloggers Tours in Bangkok, Thailand participated by bloggers from Russia, Slovakia, Taiwan, Malaysia, Germany and yours truly from the Philippines, was held last September 22-27, 2014 and was sponsored by Tourism Authority of Thailand (TAT). 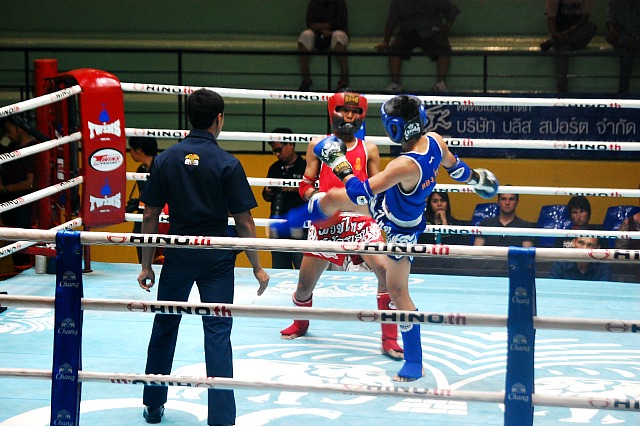 Winding down the long slope in Cameron Highlands,