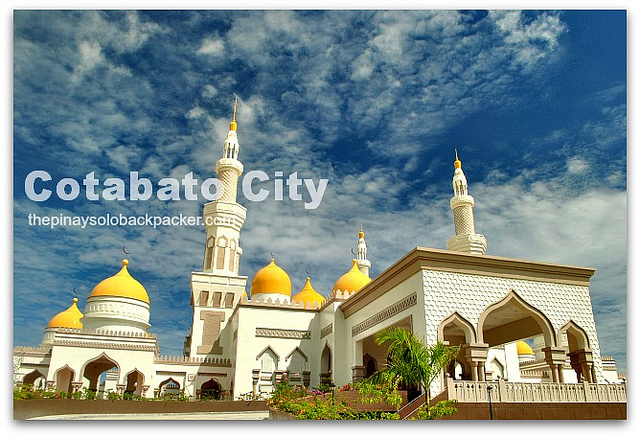 While most tourists avoid Cotabato City due to its disheartening reputation some local travel bloggers brave this blemished beauty. 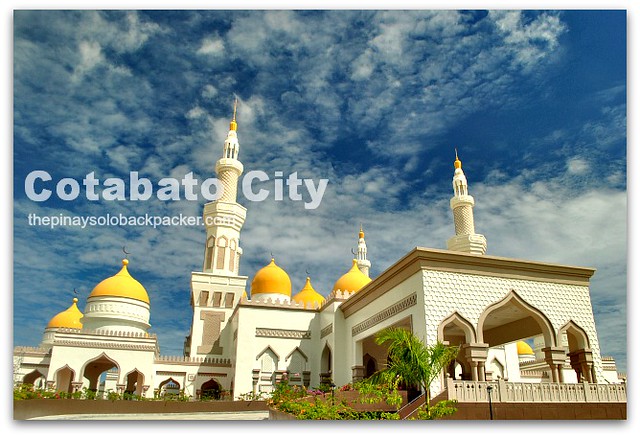 Although Cotabato City is nestled at the heart of Maguindanao, it is politically independent from the province. Cotabato City is often mistaken as part of the ARMM  (Autonomous Region in Muslim Mindanao) Region,  but it is actually part of SOCCSKSARGEN Region.

The rising star of Cotabato City is undoubtedly the gorgeous Grand Mosque also known as Sultan Hadji Hassanal Bolkiah Masjid, named after the Sultan of Brunei who reportedly helped fund its construction. The walls of the Grand Mosque are painted in white and cream along with its minarets while its domes are pretty in yellow.  It is indeed gigantic, in fact, it can hold up to 800 male and 400 female worshippers. Will write a separate post about the Grand Mosque soon.

How to get to Cotabato City Grand Mosque ( Sultan Hadji Hassanal Bolkiah Masjid):

Ride a south-bound Awang jeep and get off at the Husky Bus Terminal. Fronting the terminal is the road to Cotbabato City Grand Mosque (Sultan Hadji Hassanal Bolkiah Masjid). Hire a habal-habal (motorbike), roundtrip rate is Php 100-150.

We had a hard-time locating the Tamontaka Church which is the first Christian church in Cotabato City built in 1872.   This unassuming church can also be found within the city proper.

How to get to Tamontaka Church :

This church can be reached by foot from Sinsuat Avenue, if you’re staying at Hotel Filipino, some of the attractions in Cotabato City are just walking distance. Or your can just hop on a tricycle to take you to Tamontaka Church.

On top of exploring  Cotabato City tourist spots, you can also feast on traditional food here. Try eating at one of the halal eateries and order beef sinina.  Barbecue stalls selling pastel also abound in the streets, this sticky rice with mashed beef or chicken inside is a popular food in this lively city.

On our way to the Grand Mosque, we dropped by at Governor Gutierrez Street to scout for some souvenirs at the Barter Trade Center.   The immediate exchange of commodities such as silk, porcelain, spices and other products was once a cultural practice of our ancestors when trading with foreign merchants such the Chinese and the Malays back in the days.  Today, barter trade is no longer observed in the country but the Barter  Trade  Center in Cotabato  City is still worth a visit because of the abundance of goods at reasonable prices. Whether you want to take home silk, brassware, original hand crafted Maranao products, hijab, batiks, malong  and inaul, you can find it at the Barter Trade Center. 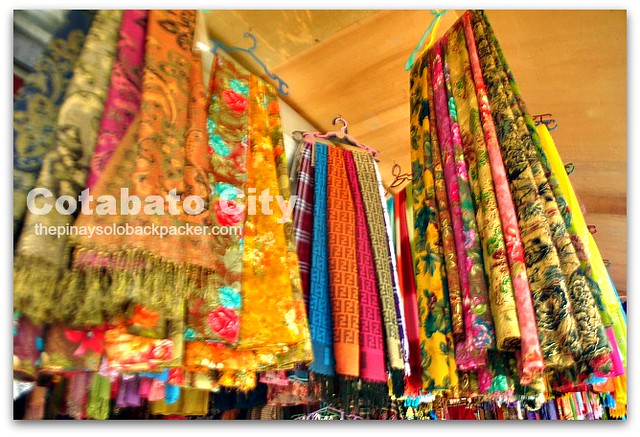 Pay a visit to Al Jamela Weaving Center where you see the actual weaving process of inaul, the traditional hand-woven textile of Maguindanao. Support the local industry by  buying some fabrics as souvenirs.

Brassware is a pride of the Maguindanaons, and CotabatoCity is a well-known supplier and producer of this product. To witness an actual brass-making process, rush to Brgy. Kalangalan.

Cotabato City’s old city hall is situated in front of the plaza at the city proper and is now the haven of Philippine Marines.  It is painted in white and has a lovely Islamic architecture.  A massive Cotabatao City New City Hall also called People’s Palace can be found on the road to the Grand Mosque at Malagpas.

How to get to the Cotabato Old City Hall:

Ride a tricycle to take you here, but since we stayed at Hotel Filipino, this is just across our place.

How to get to Cotabato City New City Hall:

Ride a multi-cab or jeep bound for Awang. Tell the driver you will get off at the People’s Palace. 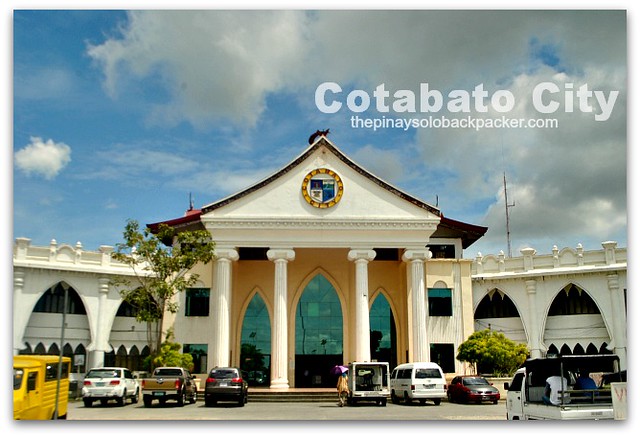 At Pedro Colina Hill along Sinsuat Avenue, we came across the mighty golden statue  of  Sultan Kudarat, a brave Filipino hero who hails from Mindanao and is famous for having successfully opposed the Spanish colonization and hindered the Christianization of  their land.

A few meters from Pedro Colina Hill, you can find Kuta Wato, it is  reputed to be the only cave in the Philippines located in the heart of the city.  It plays an important part in our history as it is believed to be a hide-out of the Japanese soldiers during World War II.  Unfortunately, today, it  its cavern  need some tender-loving care.

How to get to Kuwato Cave:

You can just hail a motorbike to take you here from the Sultan Kudarat Monument. Just  ask permission from the police and marines at the gate of the village before entering the premise. 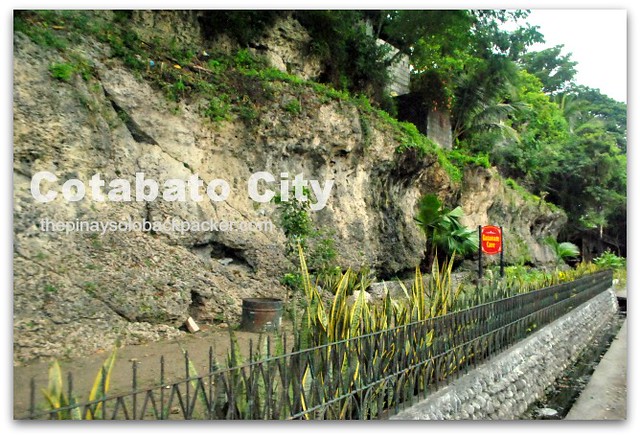 Situated at Sinsuat Avenue, below the modern building of Al Nor Hotel is a chain of restaurants where delicious seafood is typically served.  It is also a popular place for hanging out at night.

There’s certainly more in Cotabato City that we failed to discover, and I will not think twice to revisit this blemished beauty and its neighboring territories in the future.