An old woman was silently saying her prayers holding tightly to her rosary, while the baby was crying loud in the arms of her mother.  We’re winding up to Alegria, through sweeping panoramas of lush green rice farms, and mountainsides with modest shacks.  The villages with old colonial churches lie serene and sluggish in the valleys.  From the tainted window of the van, I watched in nostalgia a series of black and brown sand beaches, fishing villages and lush green mountains slipping away. 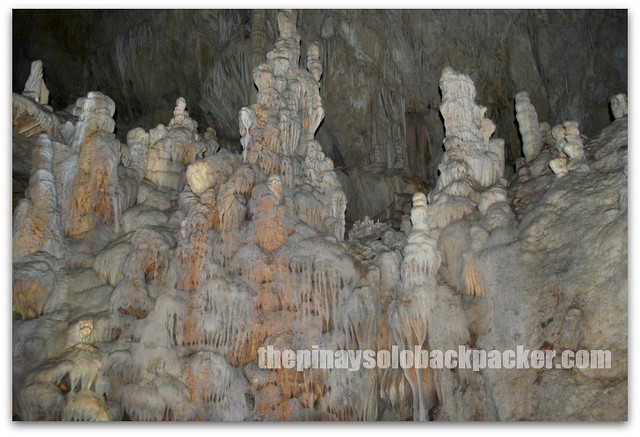 Alegria is a sleepy municipality south of Cebu endowed with natural resources like scenic beaches, enchanting falls and unexplored caves.  The small town was baptized as Tubod after the vibrant spring in the middle of the town.  A long time ago, the spring is said to have attracted weary travelers for a stop and a short rest in the surrounding trees while quenching their thirst with the cold refreshing spring water of Tubod.   Legend has it that the current Spanish name “Alegria” originated from the Spaniards who exclaimed “Que Alegre” (What a gaiety!) when they saw the people of Tubod celebrating a local festival.   During the Spanish colonial era, the town then became known as Alegre and eventually became Alegria. 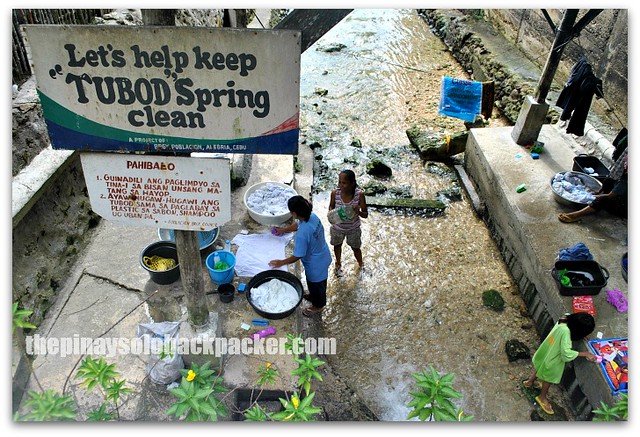 To date, the town still emanates with a few memories of the Spanish rule through its old fashioned edifices, colonial houses, an old church and a heavily ruined watchtower.  Our first stop is an 18th century church called St. Francis Xavier Parish Church. 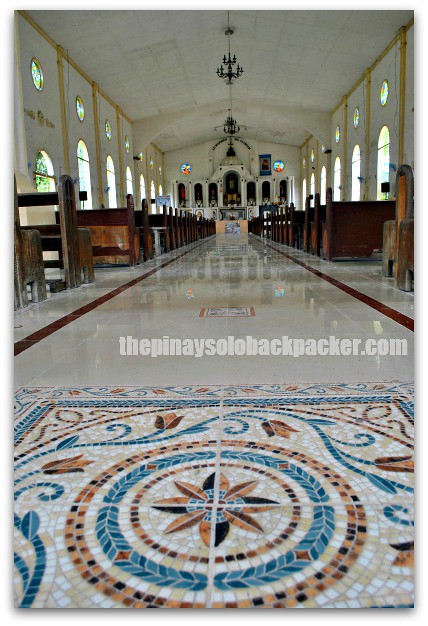 The bell tower is attached to the church’s front and the walls of the structure are painted in plain white.  The overall style of the structure though doesn’t seem to suggest a typical exquisitely fashioned old colonial church.  The church’s interior is unassuming and the floor was renovated. 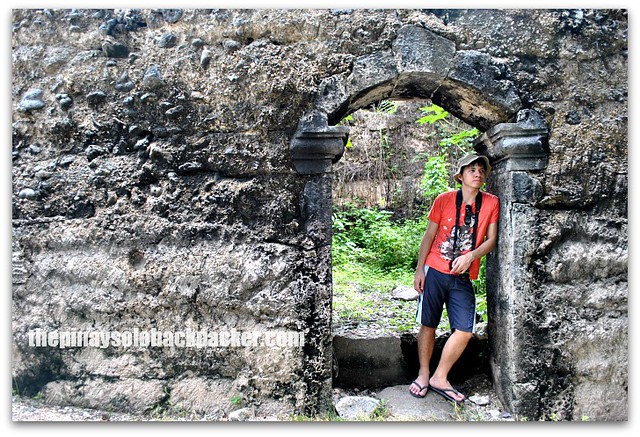 Fronting the church is an old watchtower called “Bantayan sa Hari” which was built in defense against the Moro raiders.  Only the heavily ruined walls which have suffered a lot during the long period of colonization stood the test of time. 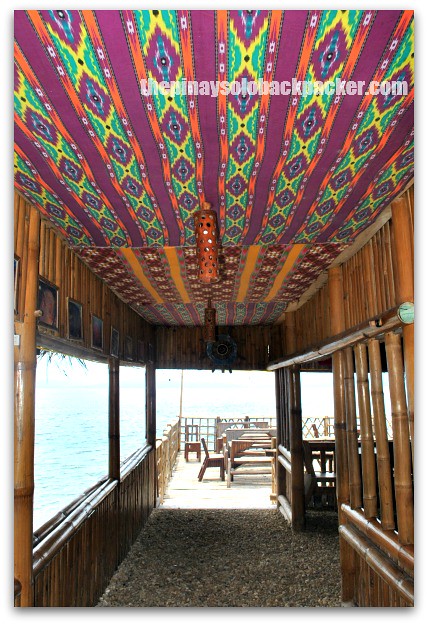 All these were accidental discoveries because actually the main reason we dropped by here is to have lunch in a humble restaurant near the church.  The restaurant is set by the shores of a scenic beach.  They serve the usual Filipino dishes by daytime and transforms into a bar brimful with drinks at night. 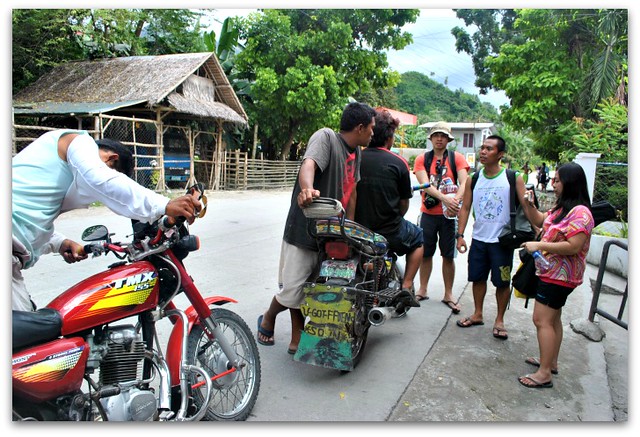 Our haggle with the habal-habal drivers began near the town’s sparkling spring overflowing to the sea.  Most locals had this blank look in their face when we asked them about our destination.  Salay Cave is just one of the unheard-of beautiful caves hidden in the confines of Alegria.  It is accredited by the Department of Environment and Natural Resources (DENR) so it is generally safe for tourists.  The local government has in fact organized a local caving group to facilitate spelunking for visitors.  Unfortunately, it was a Sunday so no one was there to assist us. 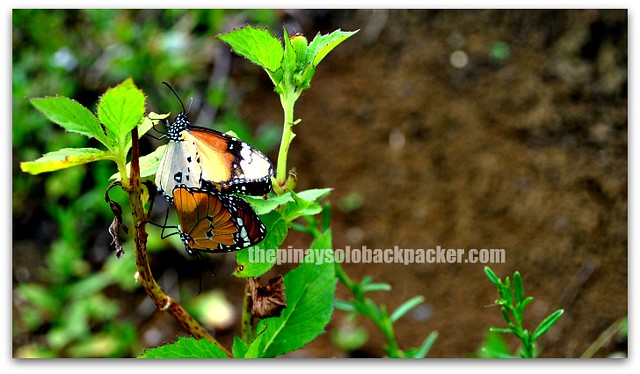 A thirty minute motorcycle drive led us to a modest village where Salay Cave is blissfully cocooned.  Humble shacks, children playing and the locals busy with basketball greeted us.  The hollow is another 30 minute trek away from civilization.  The hike was relatively easy, passing by towering green bamboos, a giant balete tree and dying corn farms.  But the singing of the insects makes the walk eerie in a lush jungle that envelops us. 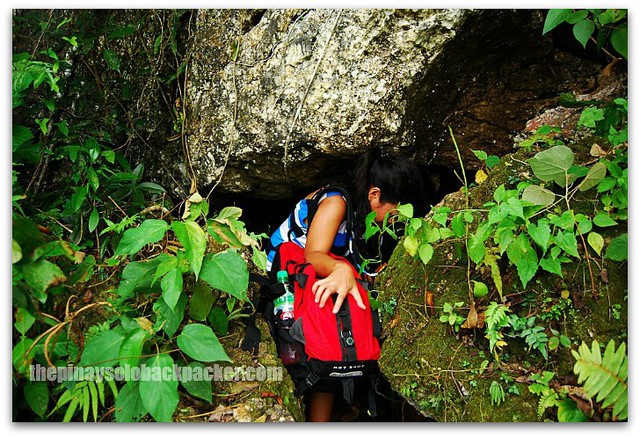 The entrance to Salay cave is ridiculously small that like the rest of my friends, I had to squeeze myself in order to get inside.  It was completely dark but I can sense the vastness of the mighty limestone cavern.  It is unfortunate that we are unprepared for this exploration; our only light is our cellphone and the flash of the cameras. 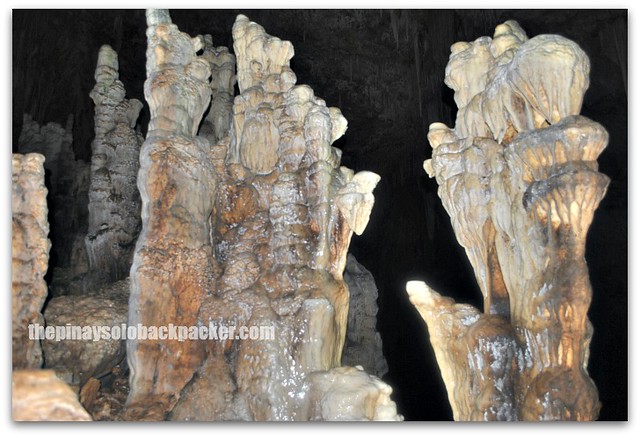 The secret hollow is blessed with fragile  cave formations. They are tempting to touch but as a general rule in spelunking, we are not supposed to touch any cave formation. That is because the oil and dirt from our hands or body can destroy cave formations; their colors will change permanently and it will hinder their growth. 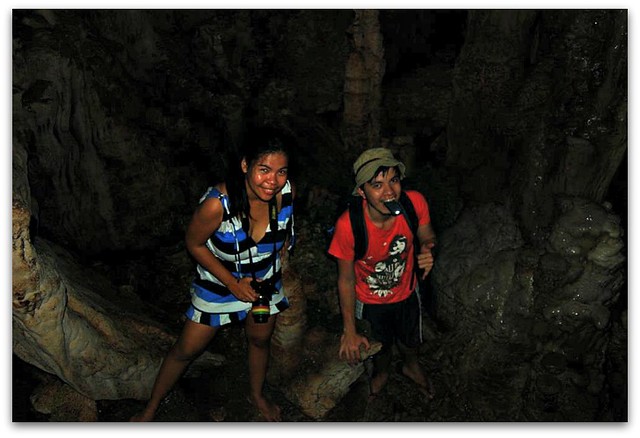 Despite its monumental speleothem to flaunt, Salay cave remains uncharted to date.   But a year or so from now, domestic tourism may soon invade this province that is frozen in time.  And I hope in the coming years, the Alegrianhons will be able to protect the cave formations for the benefit of their future generation. 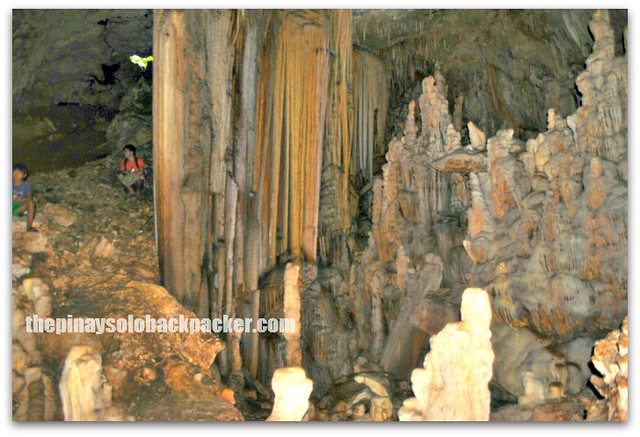 How to Get to Alegria:

To reach Alegria, you can go to Cebu South Terminal Bus where buses are available every hour bound for Bato or Samboan (ask the driver if it will pass by Alegria).  Alternatively, you can ride a V-Hire (van-for-hire) in Citilink Terminal bound for Moalboal and upon reaching Moalboal Public Market, ride a habal-habal bound for Alegria. If you are coming from Kawasan Falls in Badian, you can also reach Alegria by habal-habal or multi-cab.  Hiring a guide to Salay cave is a must as the hollow is well-hidden, you won’t really notice there’s a cave there. 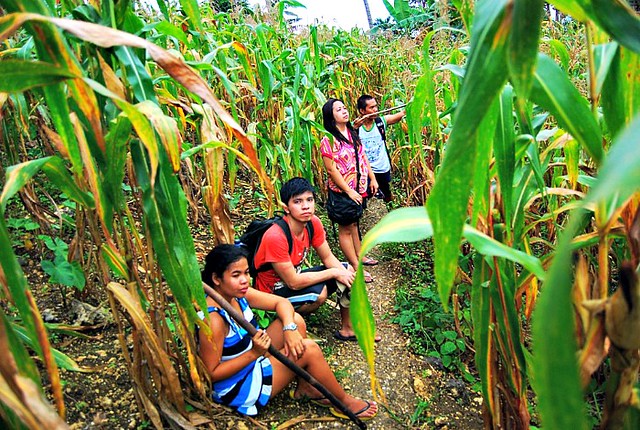 *Special thanks to my travel buddies for helping me find Salay Cave : Edwin, Doi and Edcel.