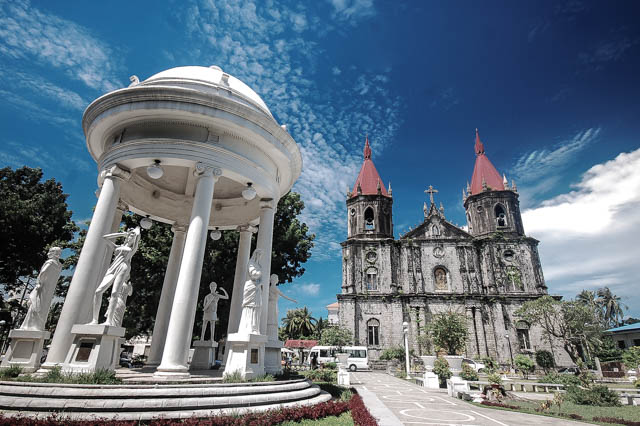 Because of its booming economy, Iloilo has long been a magnet of visitors even before the Spaniards arrived. Its success was further intensified when the Spanish government opened its port to international traders, and the sugar cane industry was introduced by Nicholas Loney,  the British vice-consul. Iloilo, affectionately called The City of Love, even caught the heart of Queen Regent Maria Cristina who honored it as “La Muy Leal Y Noble Ciudad de Iloilo” (Most Loyal and Noble City).

It’s been said that a visit to Iloilo will not be complete without visiting its age-old churches. This Holy Week, make time for a religious tour in this thriving province and explore some of its most treasured churches.

Top 7 Churches to Visit in Iloilo

Mention Iloilo and the image of Miagao Church immediately come to mind. The Church of Sto.Tomas de Villanueva, commonly known as Miagao Church, is undeniably the most famous church in Iloilo province. This colossal church is one of the four UNESCO World-listed baroque churches in the Philippines. Constructed in 1787, this butter-colored church made of limestone and adobe, took 10 years to complete. 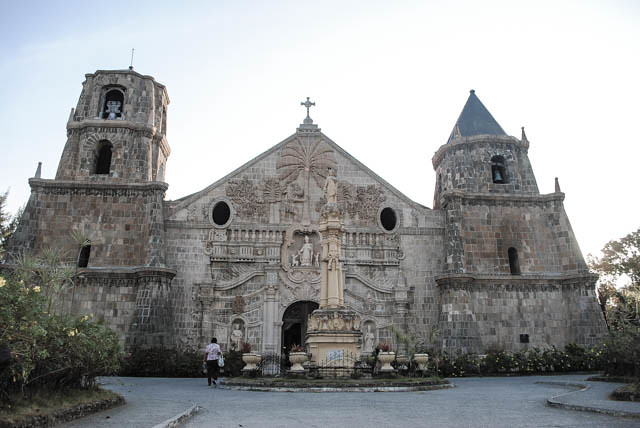 Take a closer look at Miagao Church’s façade and you’ll be amazed by the elaborate relief motifs like the famous image of St. Christopher holding on to a coconut tree while carrying the Child Jesus. Not to mention the building’s side is ringed by beautiful, flying buttresses and two gigantic belfries designed uniquely. Contrary to the intricately designed front wall, the interior is quite unassuming – no colorful paintings adorning the ceiling or statue of Saints attached to the wall, unlike other churches in Iloilo. Aside from being a religious place, Miagao Church also served as the town’s fortress in the past against the Moro raiders.

Another must-visit church in Iloilo is San Joaquin Church which was declared as National Cultural Treasure by the National Historical Institute in 1974. This beauty boasts of a uniquely designed pediment. Instead of religious images, the façade is embellished with intricate military relief motif illustrating the triumph of Spanish Army of Africa over the Moroccan Army during the Battle of Tetuan back in 1860. The summit of the façade is crowned by an image of Our Lady of Sorrows – Nuestra Senora de las Angustias. Under the Augustinian order and supervision of Friar Thomas Santaren the church was constructed in 1859 and was finished 10 years later. 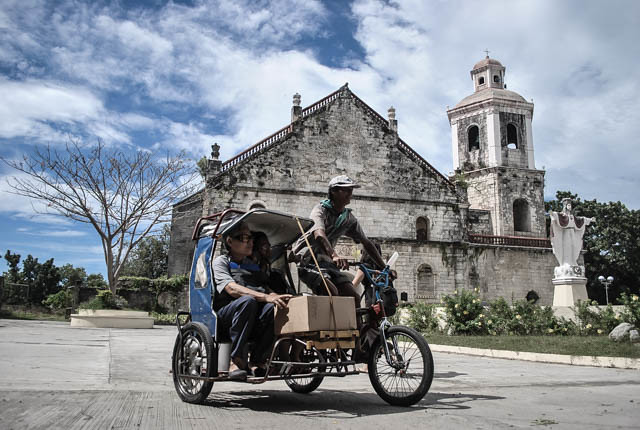 Sadly, like most Spanish colonial-era churches in the Philippines, San Joaquin Church in Iloilo was built with forced labor. The materials used for the construction were limestone from the mountains of Igbaras and white corals from San Joaquin.

On the way to San Joaquin Church and Miag-ao Church from Iloilo City is another head-turner church – the ochre- colored Guimbal Church, named as church of San Nicolas de Tolentino. Its honey-colored wall is built out of adobe and coral. Although the church has undergone various reconstructions, its façade remains an impressive artistry, a gorgeous mix of Corinthian inspired column, Moorish-like spires and classic finials and Oriental flair. 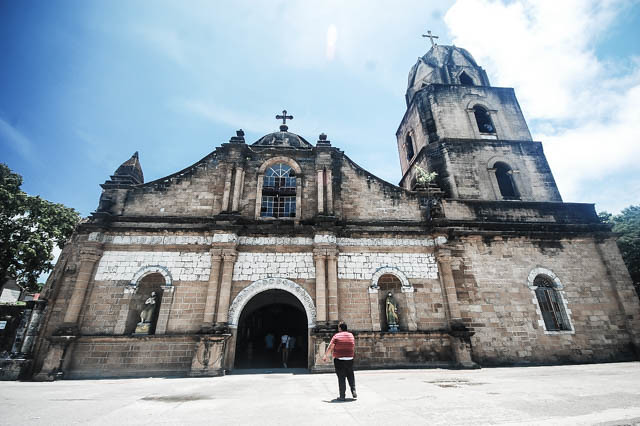 Unlike the elaborate front, the interior of the church is pretty unpretentious. Like most Catholic churches in the country built during the reign of the Spaniards, there is a beautifully manicured public park where locals usually hang out.

The church of St. John of Sahagun, known as Tigbauan Church is reportedly the only Latin American-inspired church in the Philippines. It was named after the Spanish architect Jose Benito de Churriquera. This unique church was constructed between 1575 and 1580. The façade may look unassuming at first glance but take a closer look and you’ll see unlike most old churches in the Philippines, its exhibits Spanish Churriqueresque architectural flair. A striking feature of Tigbauan Church is its portal fringed by estipate pilasters and the upper center of the arched portal is embellished with the Augustinian emblem of a heart, arrow and the Episcopal coat of arms. 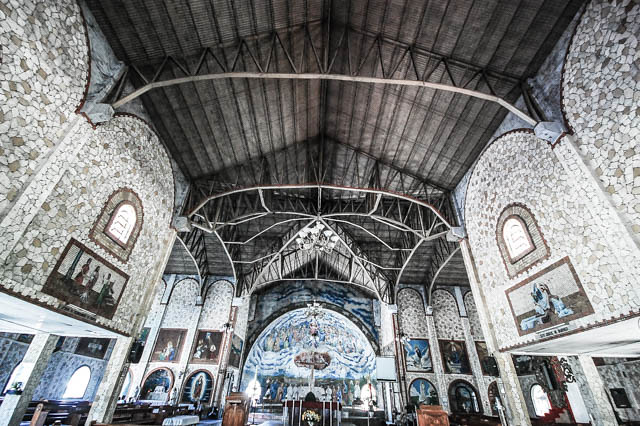 The interior is really mesmerizing, thanks to the vast colorful mosaics created by a local artist that clad its altar such as the scene of Adam and Eve being banished from the Garden of Eden, Our Lady of Fatima and the 14 Stations of the Cross. The town’s patron, San Nicolas de Tolentino stands above the emblem while the image of the Child Jesus is nestled below the pediment. Get inside and marvel at the richness of the modern interior of St. John of Sahagun Church.

Rightfully earning the moniker the “Feminist Church or the Church of Women” because of the 16 statues of women saints flanking its wall, The Church of St. Anne Parish, popularly known as Molo Church beckons tourists because of its Gothic-Renaissance architecture. It has a majestic interior too, flanked by five wooden altars. 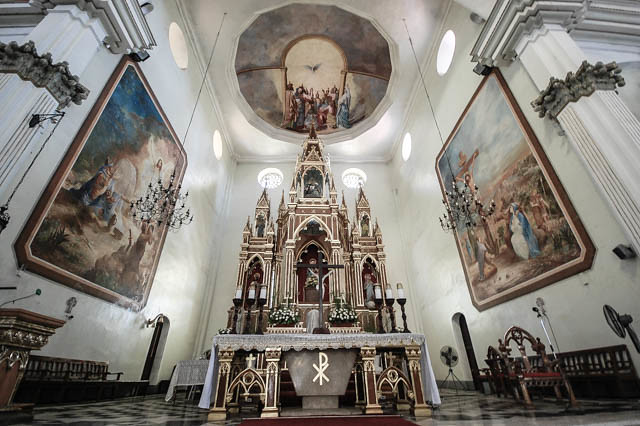 Constructed in 1831, St. Anne Molo Church was declared as a National Historical Landmark. During the World War II, the Molo Church was used as an evacuation center of the civilians. Across the church, you can find life-sized statues of Greek goddesses in a beautifully manicured park.

If Molo Church is flanked by female saints, the National Shrine of Our Lady of Candles, nicknamed Jaro Cathedral, is filled with male saints (apart from the Marian Image standing in the middle of the façade of the church). Interestingly, the image of Our Lady of the Candles is the only Marian image in the Philippines crowned by Pope John Paul II during his visit to Iloilo City. 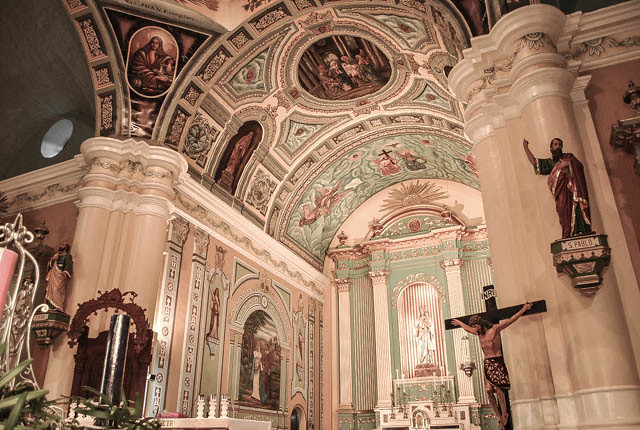 Apart from that, what makes this church special among the churches in Iloilo is it was declared as a National Shrine of Our Lady of the Candles in 2012 which makes it the second national shrine in the Visayas region after the Basilica del Santo Nino Church in Cebu. Attached to the façade of the church is a stairs leading to the Marian image. Another distinctive feature of the church is its massive belfry uniquely separate from the church; you can find this across the Jaro Cathedral. Jaro Cathedral is also a National Historical Landmark.

Did you know that the third oldest original Sto. Niño image in the Philippines after that of Cebu (1521) and Tondo (1572) is enshrined in Sto. Niño de Arevalo Parish in Villa, Arevalo in Iloilo? The Child Jesus image is reportedly brought by the Augustinians when Villa Arevalo was recognized as a Spanish settlement in 1581.  Standing beside the church is a Spanish colonial style convent.