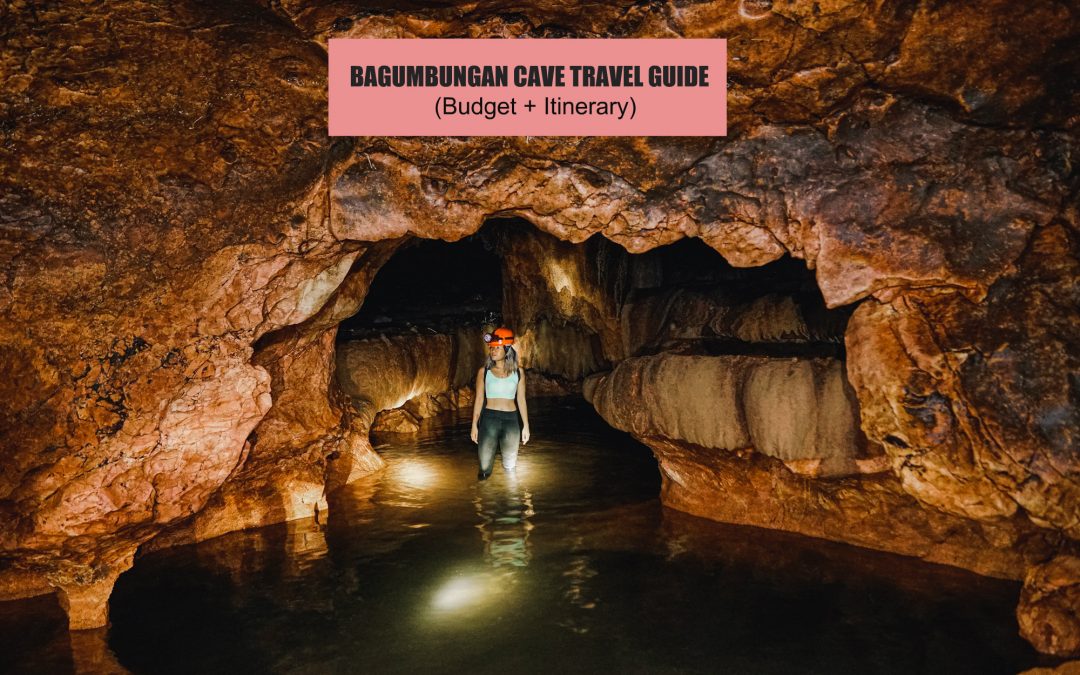 One of the pleasures of Marinduque is that most parts of the island is still untainted by mass tourism.  While the heart of the Philippines is widely known for Moriones Festival and the islands off its coast, the hidden caves dappled around the mainland are some of the best that you will find in the country.

On my recent visit to Marinduque, I had the opportunity to explore Bagumbungan Cave that is classified as a Class II cave. Thus, some sections of the cave are off-limits for safety reasons and you can only explore it with a trained guide. It is located in the confines of the Brgy. San Isidro and Brgy.Punong in Sta.Cruz, Marinduque.

Bagumbungan Cave was actually discovered by the locals who used to collect the edible nest of swiftlet that is used for making bird’s nest soup. But when a spelunker tipped off the DENR about the grotto, an exploration to map the routes and wildlife inside the cavern went underway. In 2013, the cave was opened for tourism. 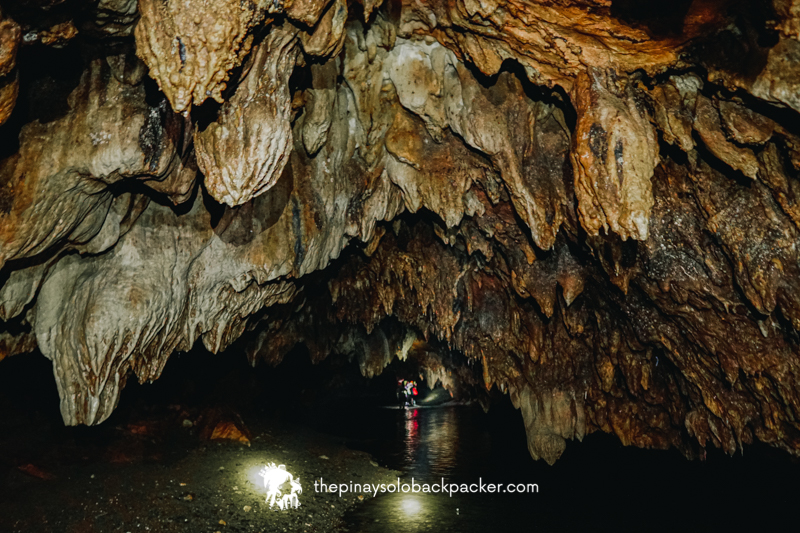 I have been to some the most beautiful caves in the Philippines such as Sumaguing Cave in Sagada, the cave in Bucas Grande, and the small cave in Sipalay,  but I try to avoid spelunking because I find it arduous, and I don’t like wandering in enclosed space. But, since we were there already, I decided to give it a try. And I’m so glad I did!

We wriggled through the dim fissure, not knowing how long it was or what lays ahead of us.  It was an experience both exhilarating and frightening, some parts are too edgy and slippery to offer any escape if we were to get into difficulties. A sense of mystery tingled over the cave, the only thing that broke the silence was our panting. A huge mass of boulders, pillars and columns loomed, and we hauled ourselves over the boulders, into the inner hollow, which curved away into the shadow. As our eyes adjusted to the gloom, we saw before us gorgeous flowstones, rimstones, and stalagmites. We waded hip-deep through the water, and as we clambered farther to the inner cavern, each fissure had minute wonders to unfold. Bagumbungan Cave is truly a gorgeous spectacle.

If you want to explore Bagumbungan Cave, here’s a travel guide with sample budget and itinerary to help you plan your adventure here.

HOW TO GET TO BAGUMBUNGAN CAVE 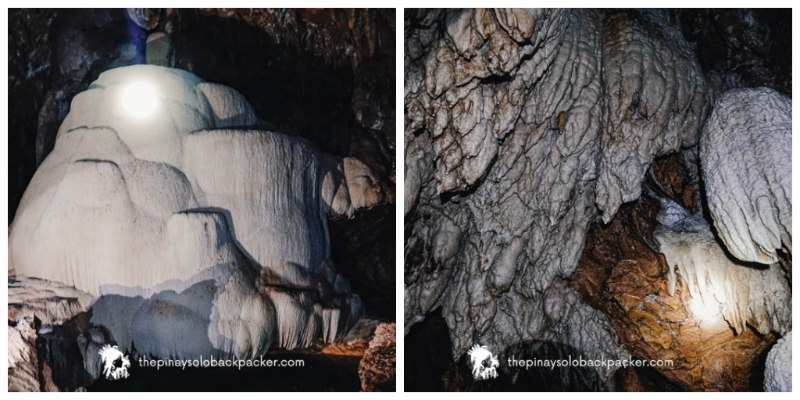 6.Register and pay the fees at Bagumbungan Cave. 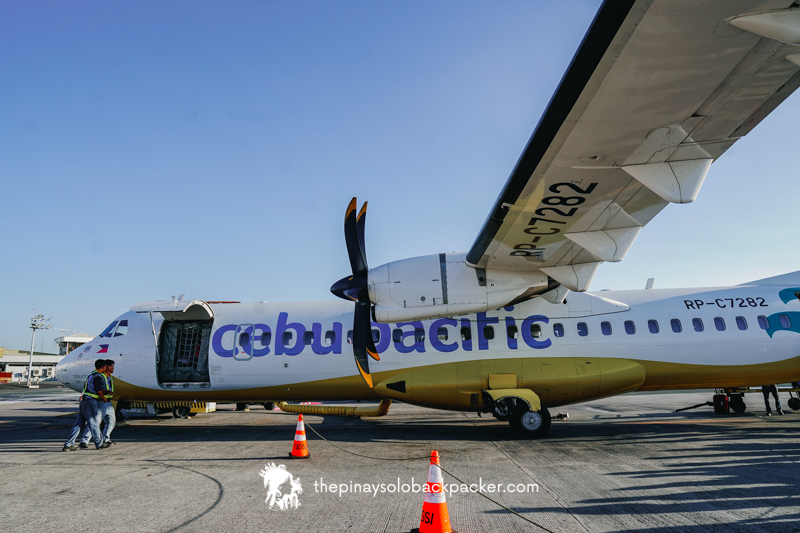 2.Alight at Mogpog (next town to Sta.Cruz).

5.Get off at Brgy.San Isidro.

6.Register and pay the fees at Bagumbungan Cave Registration Hall. 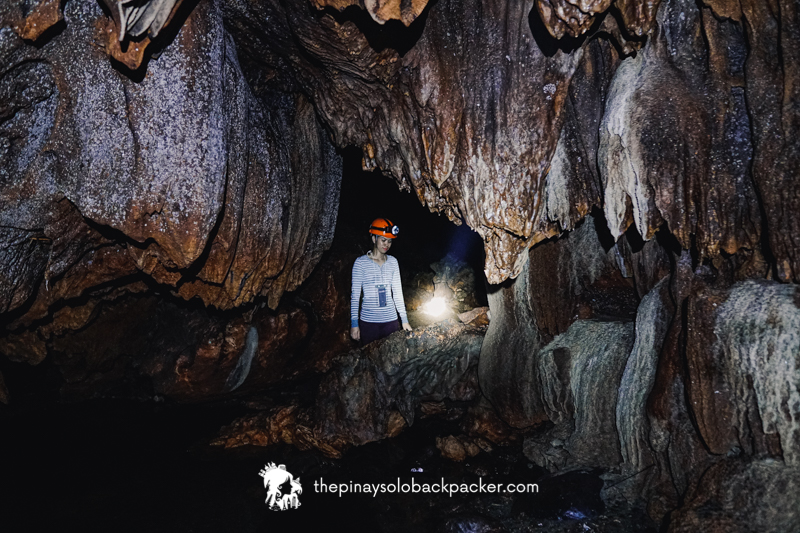 1.From Manila, take a bus to Lucena City (Grand Terminal). There are several buses that ply this route – JAC Liner, RRCG Bus, JAM Liner (Cubao and Buendia Terminal), and Lucena Lines. Terminal. Fare is approximately PHP 270 ($5) and transit time is about 5 hours, depending on traffic.

2.Get off at Lucena Grand Terminal.

4.At Dalahican Port, buy your ferry ticket + terminal fee. Make sure you know which town you’re headed because there are 3 ports in Marinduque.  If you are headed to  Mogpog, and Sta.Cruz, nearest port is Balanacan Port in Mogpog.  If your hotel is in Gasan or Boac, Cawit Port in Boac is the closest. Ferry fare is PHP 390 ($7.46) and terminal fee is PHP 30 ($0.57).

6.Get off at Balanacan Port in Mogpog.

11. Register and pay the fees at Bagumbungan Cave.

IMPORTANT: Jeepneys to Brgy.San Isidro usually leaves at 9:00 AM, so make sure to be there early. The return trip last trip is around 1:00 PM, but you can hire a tricycle to take you to Brgy.Lamesa to get on a jeepney bound for Gasan or Boac. 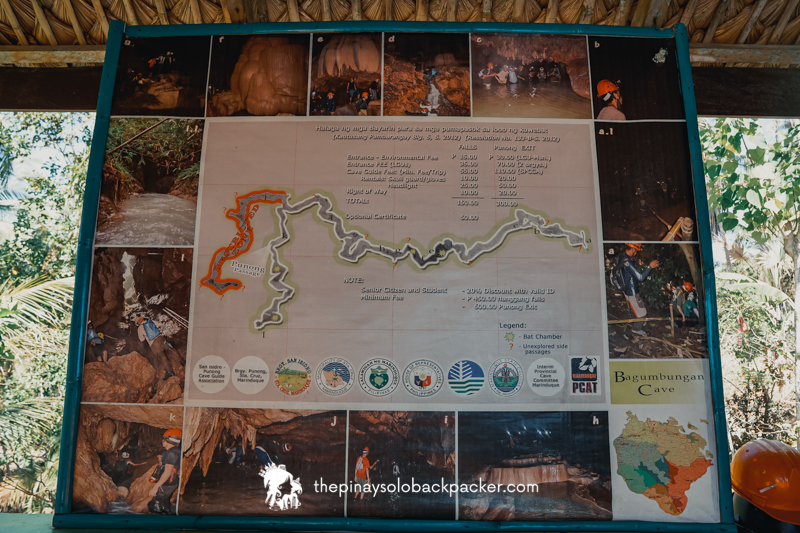 For a hassle-free transport to Bagumbungan Cave, you can also rent a van at Dream Favor Travel and Tours. 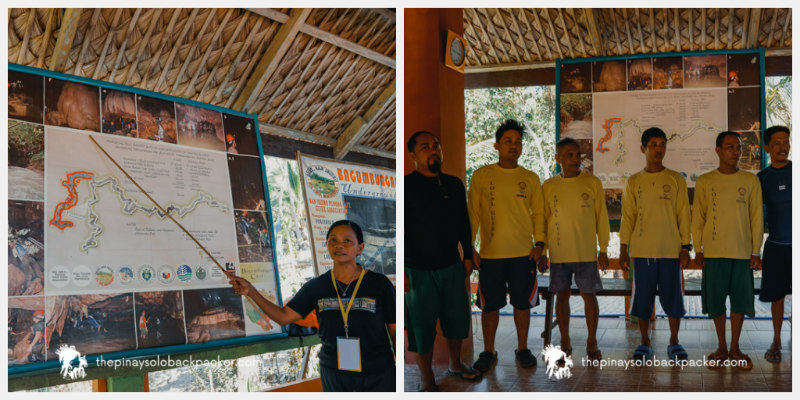 WHERE TO STAY IN MARINDUQUE 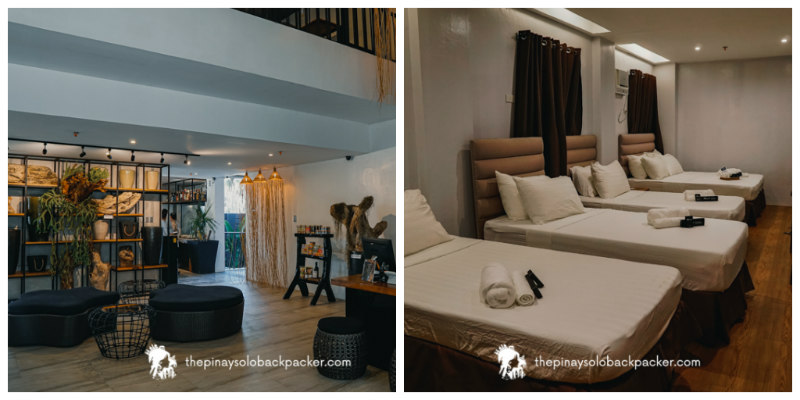 Here’s a sample Bagumbungan Cave itinerary + budget (day trip) to help you plan your trip. We stayed in Boac during our visit and we only did a day trip to Bagumbungan Cave. 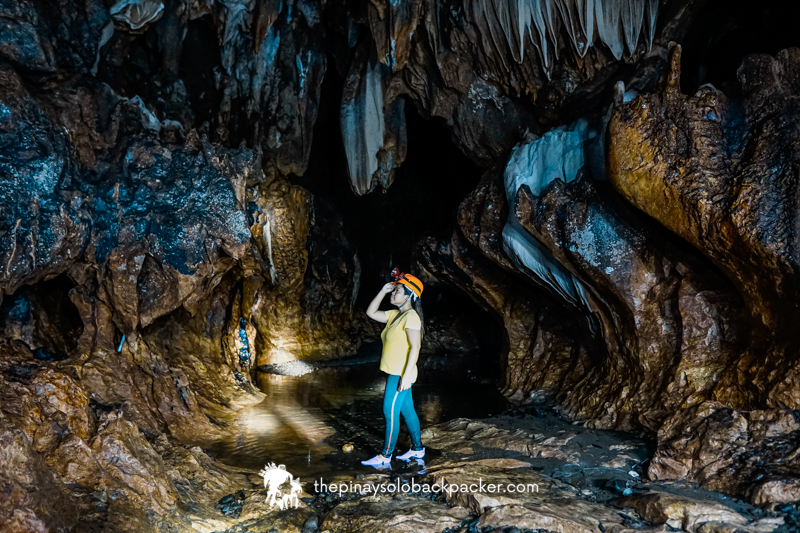 Lots of Insta spots inside the cave. LOL Thanks to Angelo for this idea! 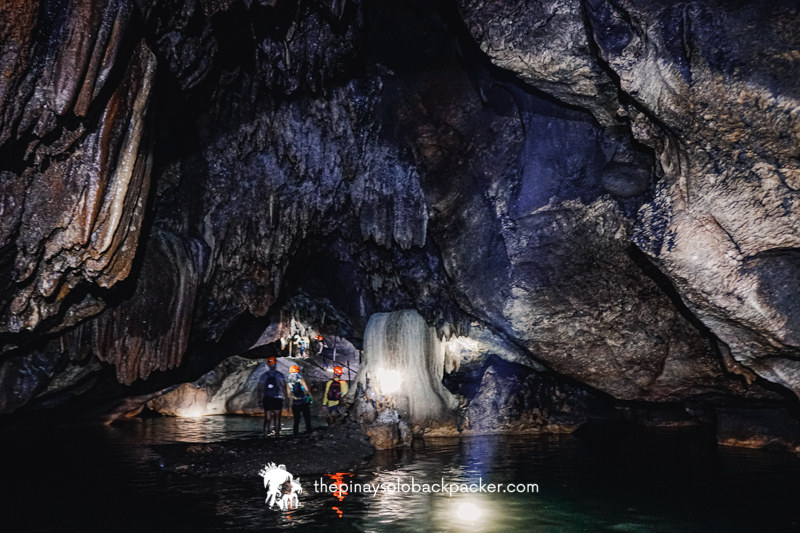 DISCLOSURE: Our Bagumbungan Cave trip was made possible by Cebu Pacific Airlines and Marinduque Tourism.