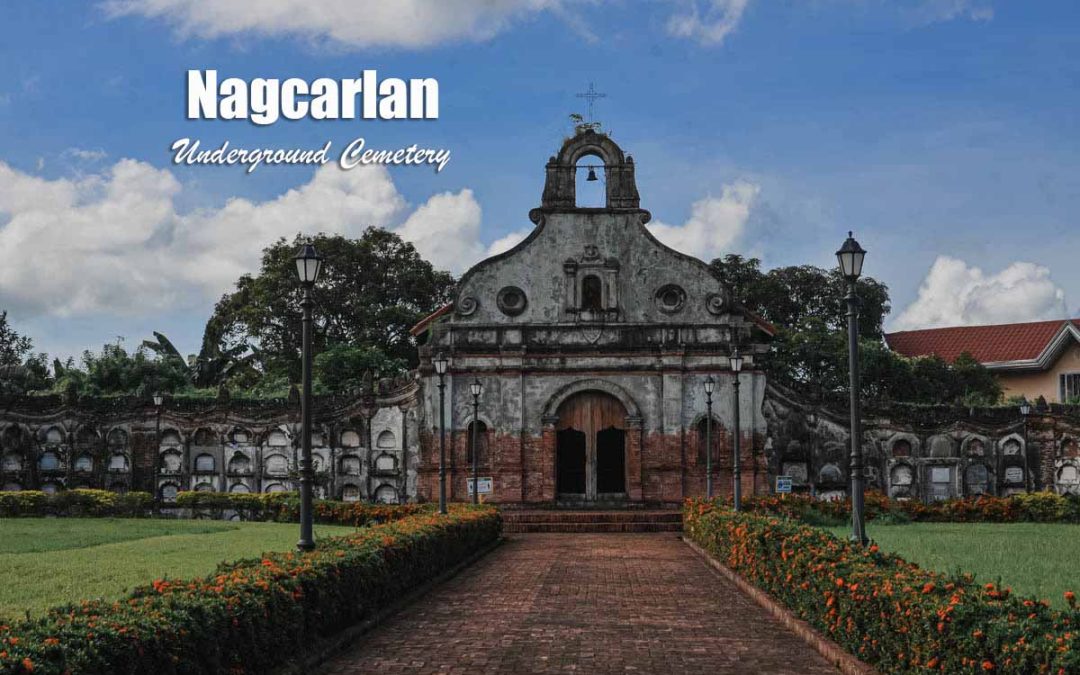 Dappled with age-old churches dating back to Spanish-colonial era, Laguna Province beckons heritage advocates and history buffs. But aside from churches, the province is also home to a unique and important historical site. On our recent road trip to Laguna, I finally got to visit the eponymous Nagcarlan Underground Cemetery in Brgy.Bambang, Nagcarlan, Laguna.

Nagcarlan Underground Cemetery is an example of a Baroque-style Roman Catholic Cemetery. It was built sometime in 1845 as a public burial site for the people of the town, under Fr.Vicente Velloc’s supervision. Meanwhile, its underground was designed as burial site of Spanish friars, elite Catholic families, and important town citizens. But in contrast to the conventional Spanish Cemetery, the Franciscan priest decided to construct it away from the town center, at the foot of Mt. San Cristobal. The famed cemetery is believed to be erected together with the nearby San Bartolome Apostol Parish Church, another key tourist spot in Nagcarlan.

But since the Nagcarlan Underground Cemetery was declared as a National Historical Landmark in August 1, 1973 by virtue of Presidential Decree no.260, burial is no longer allowed here. The oldest crypt housed in this rare graveyard is dated 1886, while the last was in 1982. It is still owned by the Roman Catholic Diocese of San Pablo and managed by the National Historical Commission of the Philippines (NHCP). 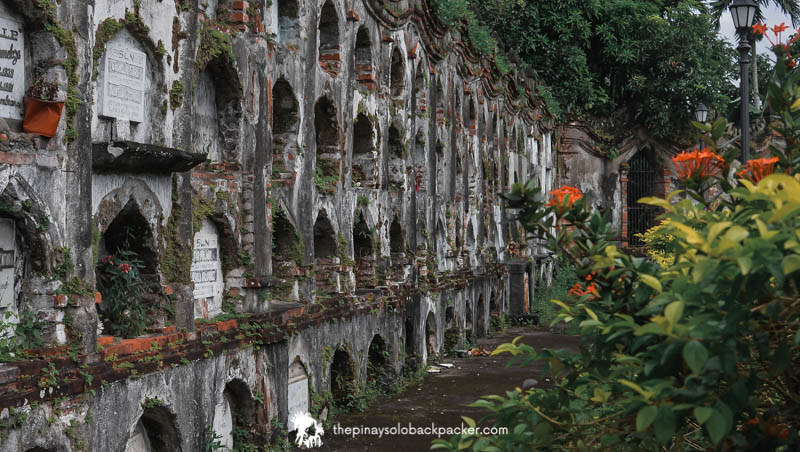 But what really is the importance of the Nagcarlan Underground Cemetery? Why was it chosen as a National Historical Landmark? Well, here’s a trivia about Nagcarlan Underground Cemetery – in the olden days, this burial site served as the assembly point of the Katipunan leaders. A mute witness to their revolutionary plans. This is where the historic Pact of Biak-na-Bato in 1897 was conceptualized by Pedro Paterno and Gen. Severino Taiño. It also served as a refuge of Filipino patriots during the Philippine-American War where they prepare their battle plans. Nevertheless, its importance doesn’t end there, it also functioned as the hideout of the guerillas during World War II. 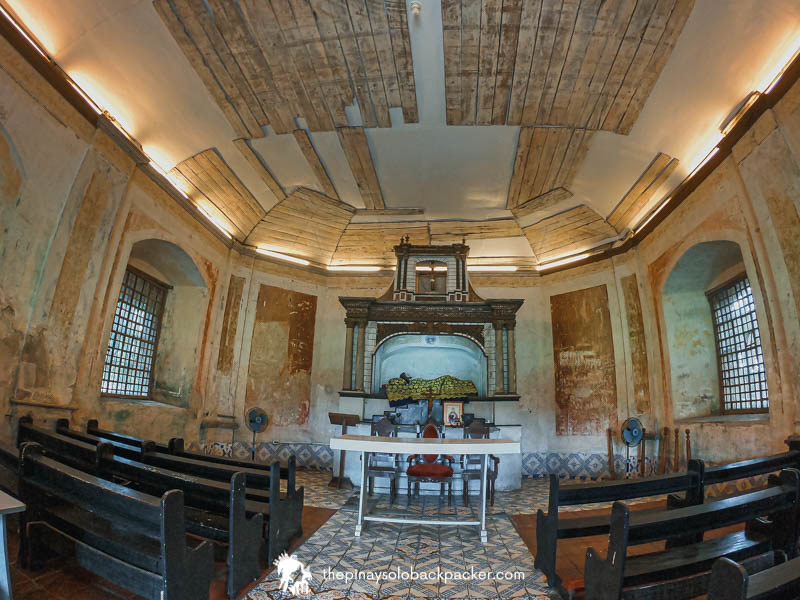 Nevertheless, just like any ancient structures, the Nagcarlan Underground Cemetery needed restoration, and as such, was temporarily closed for repairs. It reopened to the public in 1981. Today, the small building beside it was turned into a museum to preserve its rich heritage. It is one of the 27 museums managed by the National Historical Commission of the Philippines (NHCP). Inside the museum features a brief history of Nagcarlan Underground Cemetery, original artifacts, and the conservation techniques and heritage materials used by NHCP to restore the chapel and its perimeters.

Visitors are welcomed by a soaring Baroque-style arch. On its right side is the National Historical Institute marker stating that Nagcarlan Underground Cemetery was declared a National Historical Landmark first in 1973 then in 1978. This octagonal campo santo (graveyard) proudly sits on a manicured lawn fringed by bricked walls with decorative motif and shaped iron grills. At first sight, Nagcarlan Underground Cemetery looks like a small, charming chapel where regular masses are held. But once you walk its cobbled path and take a closer look at its exterior, you’ll be surprised that it’s more than that. Its exterior wall is actually crammed with 240 catacombs. It is the only one of its kind in the country, this is one of the reasons why I’ve been wanting to see it for the longest time. 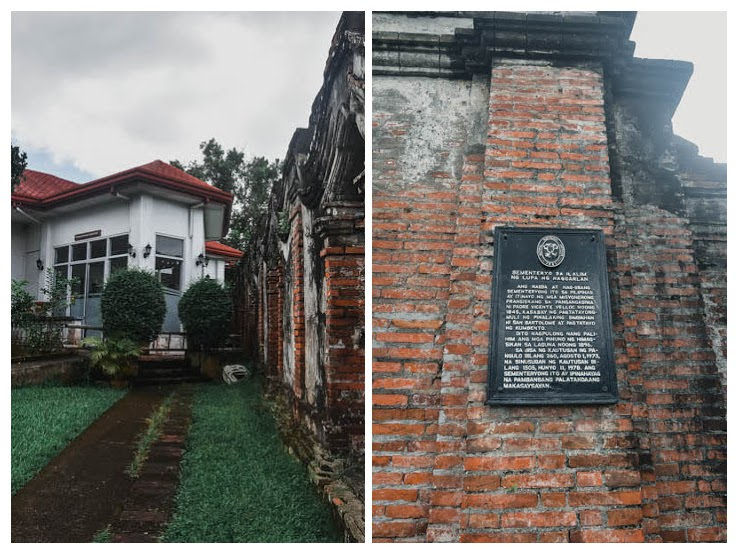 The age-old chapel used for funeral mass flaunts a stunning semi-circular side wing, which makes it more dramatic. Its polychrome-colored, wooden ceiling is embellished with curvilinear designs, its mighty wall is elaborated with frescoes, while its floor is a mix of patterned azulejos and red tiles. Housed here is the statue of Santo Sepulcro. 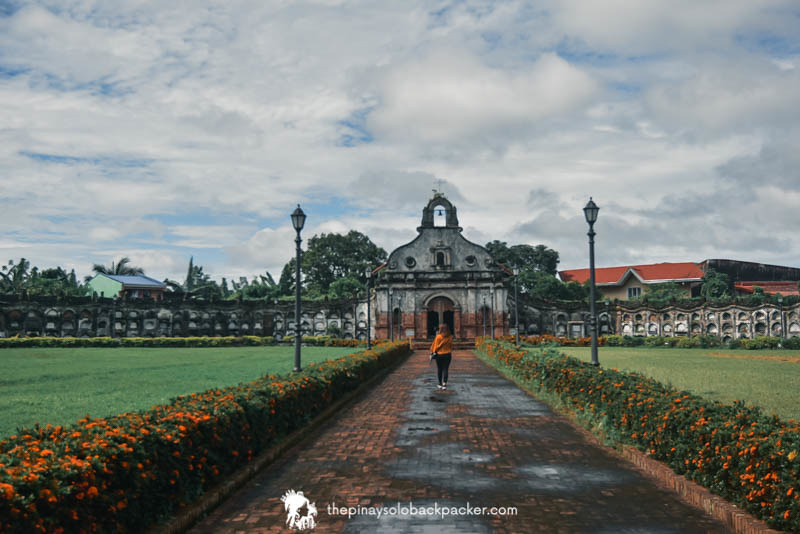 The chapel and the underground burial site are connected by a stair. The underground graveyard of Nagcarlan houses 36 faded crypts and a modest altar. This site has a vaulted ceiling with 2 windows where the light gets in. While I felt comfortable exploring the manicured ground of the cemetery and its chapel, going down is a different story, it has an eerie atmosphere. But then again, I was thrilled to have walked inside this historic structure where revolutionary heroes and nameless guerillas once met to free our country from the colonizers. But this is why, whenever I travel, I make it a point to touch the walls of historic edifices and ancient temples and structures. It somehow sends a feeling or connection to that era and makes me wonder how hard was it for the laborers to build those sites or how the structure stood as silent witness to our forefathers’ history. I guess doing this makes me appreciate those ancient structure more, rather than just going there to tick-off a destination on my bucket list. 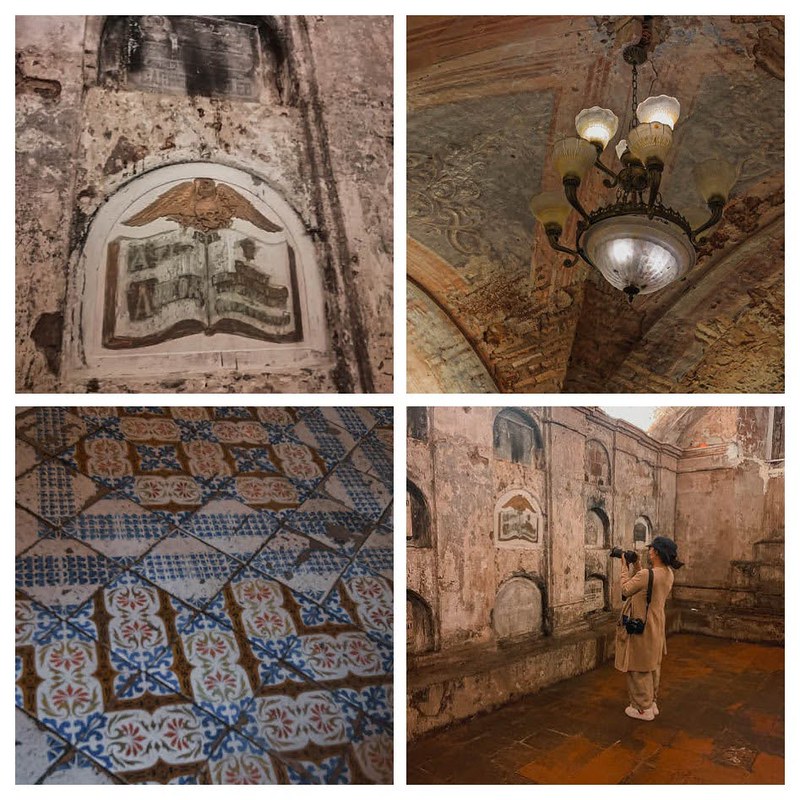 HOW TO GO TO NAGCARLAN UNDERGROUND CEMETERY

While Nagcarlan Underground Cemetery is ideally visited on a road trip around Laguna, commuting here is also possible. For DIY travelers, to get to Nagcarlan Underground Cemetery, take a bus bound for San Pablo, Laguna. Alternatively, you can take a bus en route to Batangas or Lucena that will pass by San Pablo. These buses are located at the corner of Gil Puyat Avenue – Taft Avenue, Buendia-Avenue, or EDSA-Taft Avenue in Pasay City, they also pass by Alabang, Muntinlupa. Travel time is roughly 2 -3 hours depending on traffic. 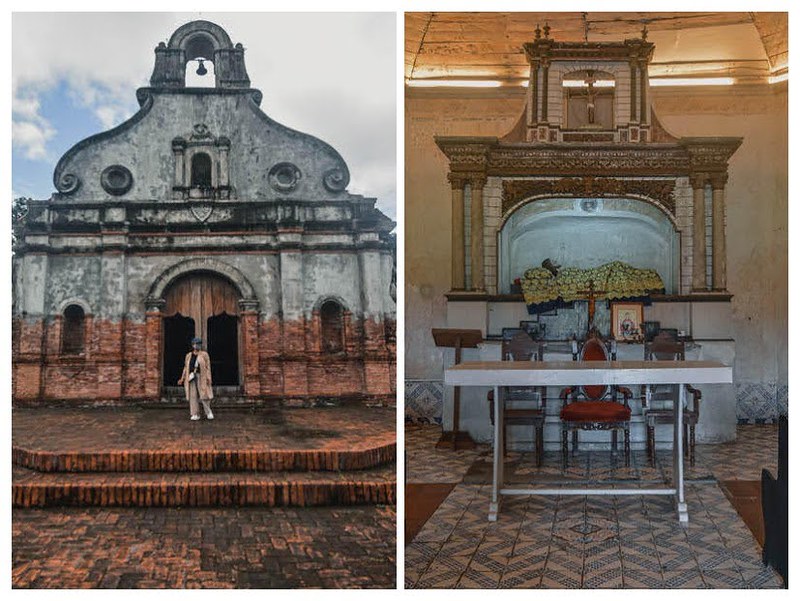 At San Pablo, Laguna, make your way to the terminal of jeepneys bound for Nagcarlan or Liliw. Tell the driver to drop you off at Nagcarlan Underground Cemetery. Travel time is roughly 35 minutes.

HOW TO GO TO TANAW DE RIZAL / TAYAK HILL