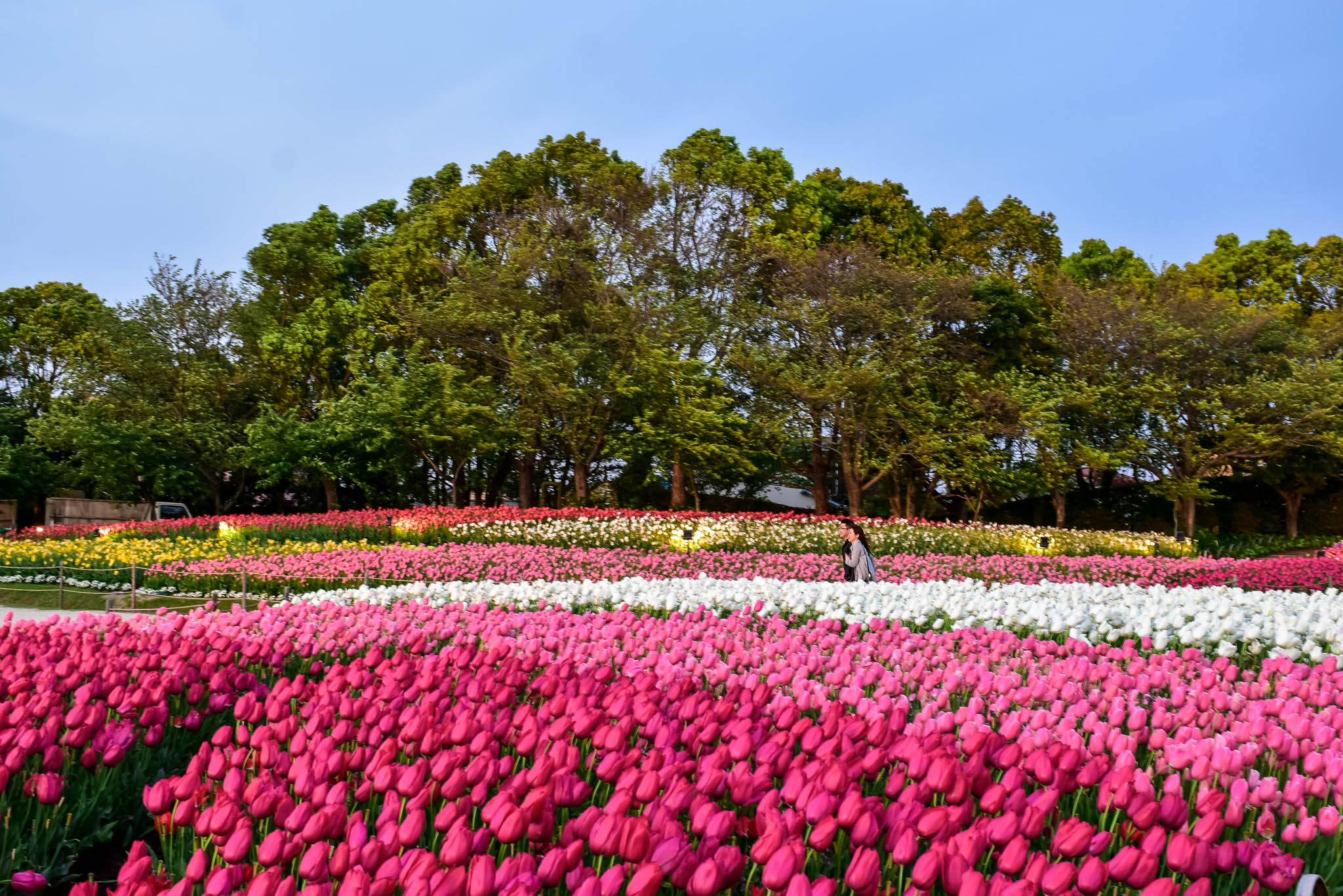 So as promised, here’s my blog about Nagoya itinerary including our Central Japan travel itinerary for 5 days.  For me, we visited at the perfect time because somehow we got to experience the 4 seasons during our trip to Nagoya.

Just when I thought I’ve seen the best of Japan when I traveled to Osaka, Kyoto and Nara last year, here comes Nagoya and Central Japan, like a scene in every little girl’s childhood dream. Nagoya and Central Japan is a varied surprise, a cozy, countryside escape riddled with snow-capped hills interrupted by emerald-green rivers and speckled with cherry blossoms and rainbow-hued flowers. A historical air hangs along tree-lined avenues and traditional Japanese houses, while minimalist and stylish shops peppered with trinkets, hand-crafted Japanese souvenirs and well-styled food speak volume of its cultured spirit. 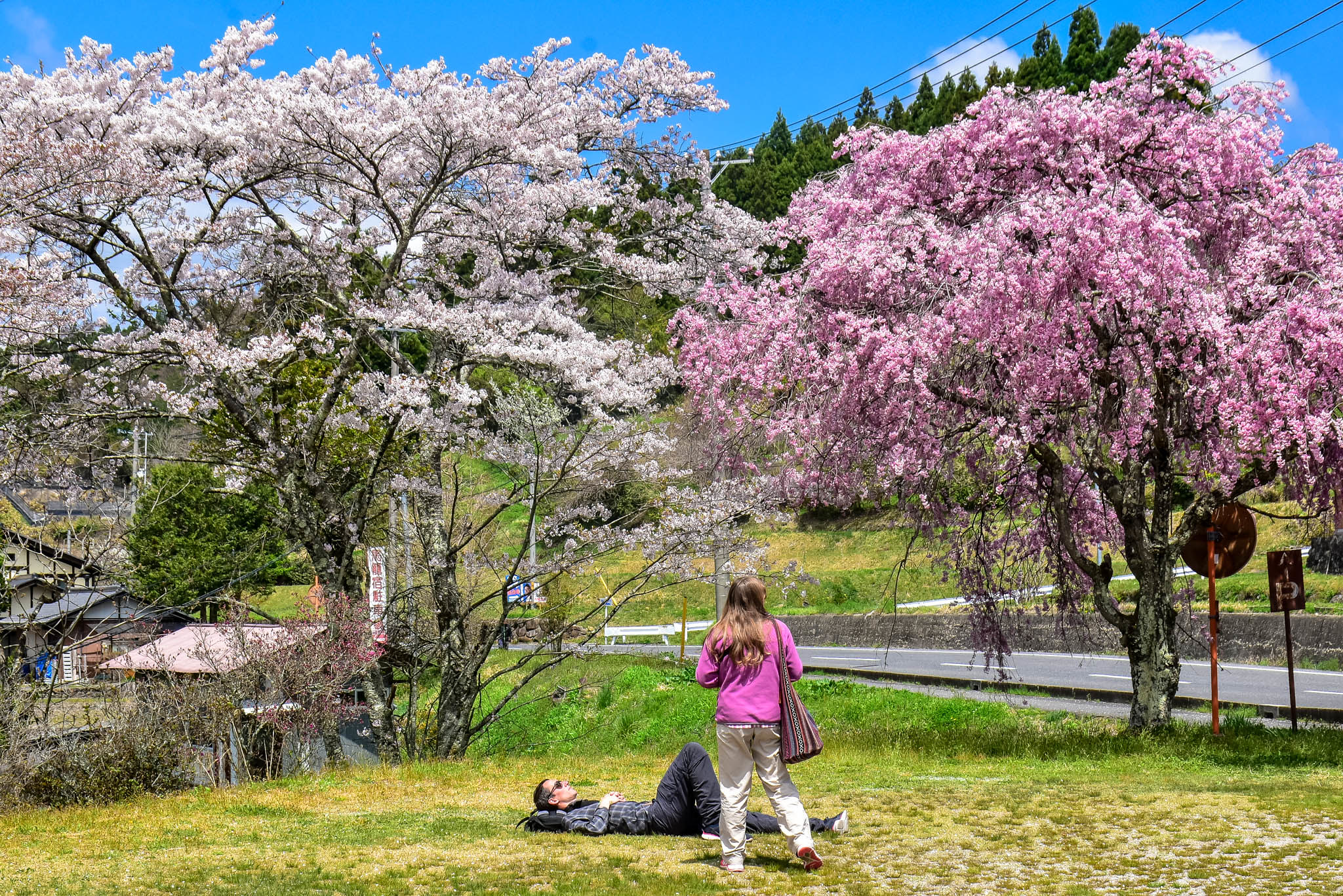 We flew to Nagoya, Japan from Manila, Philippines via Jetstar.  You can book your flights here https://www.jetstar.com/.  Jetstar flies 4 times weekly from Manila to Nagoya, they offer one of the cheapest airfare to Japan. 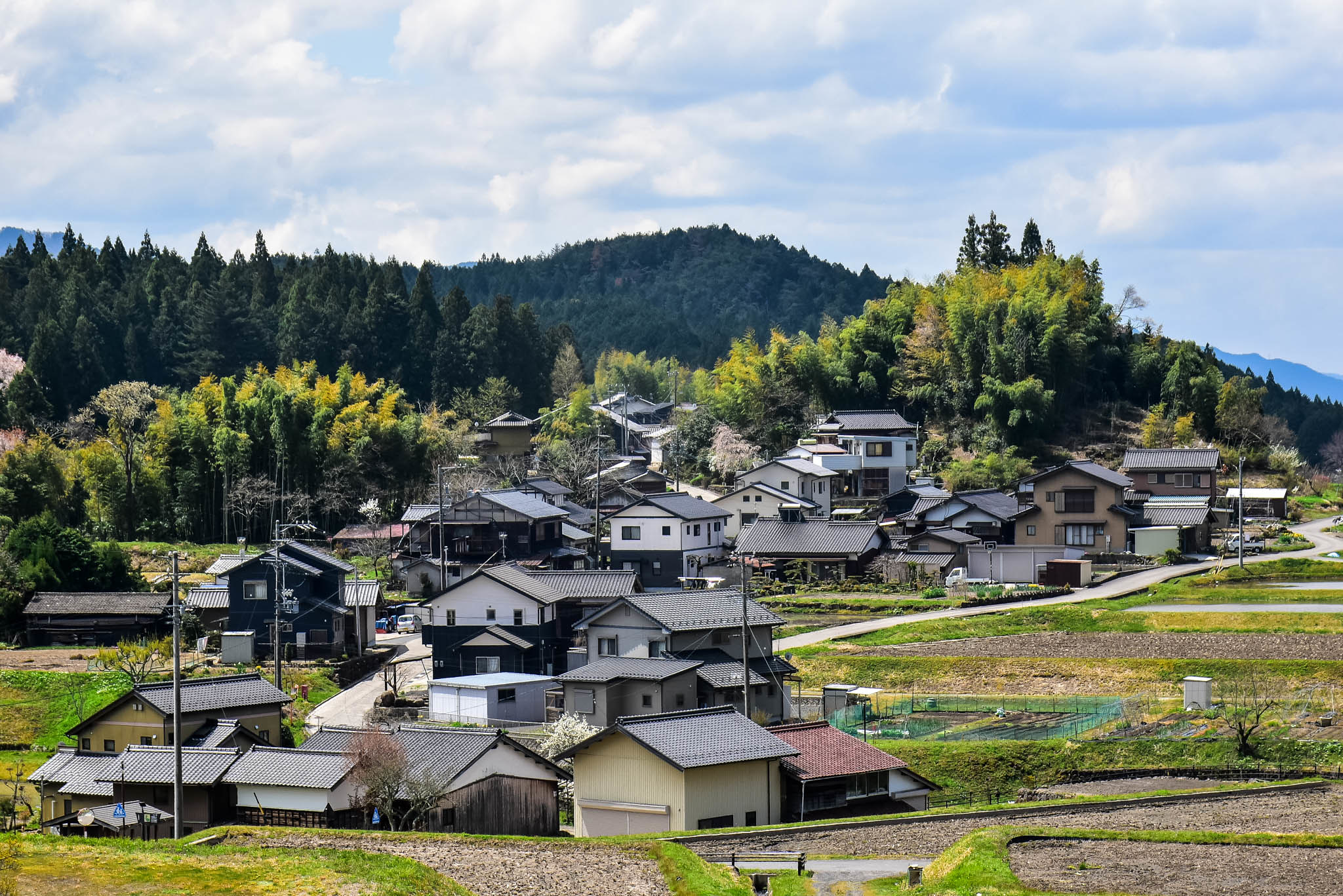 On our first day in Nagoya, we traveled to Magome, a well-preserved post town along Nasendo Highway, one of the highways during the Edo Period that connects Tokyo with Kyoto and other surrounding towns. 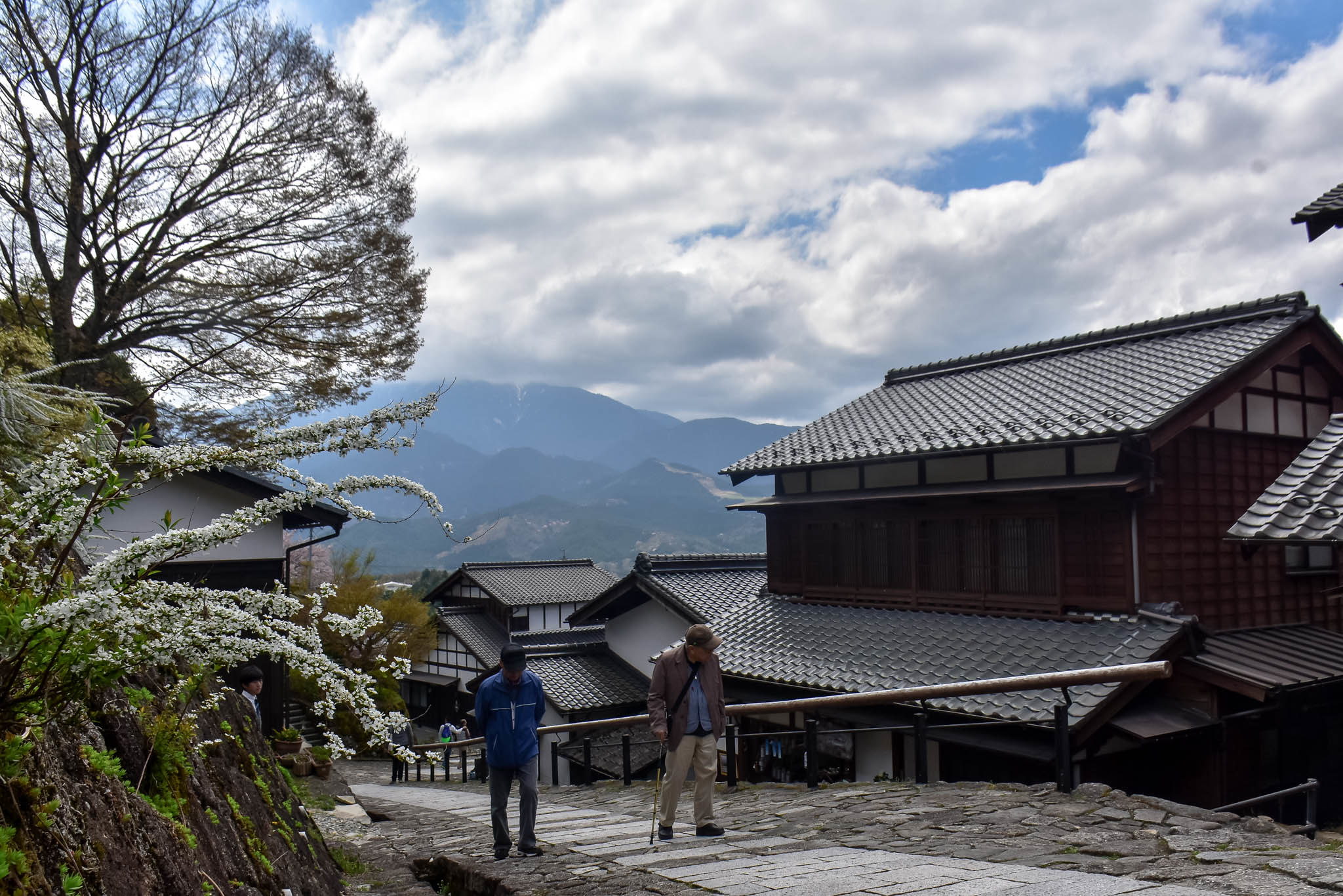 Upon arrival at Magome, we hiked up the observation deck at the top of Shukuba with a splendid view of the surroundings and the highest mountain there – Mt. Ena. Here, you can see the trail to the neighboring Tsumago which is about 8 kilometers away and can be reached on foot for about 2.5 hours. 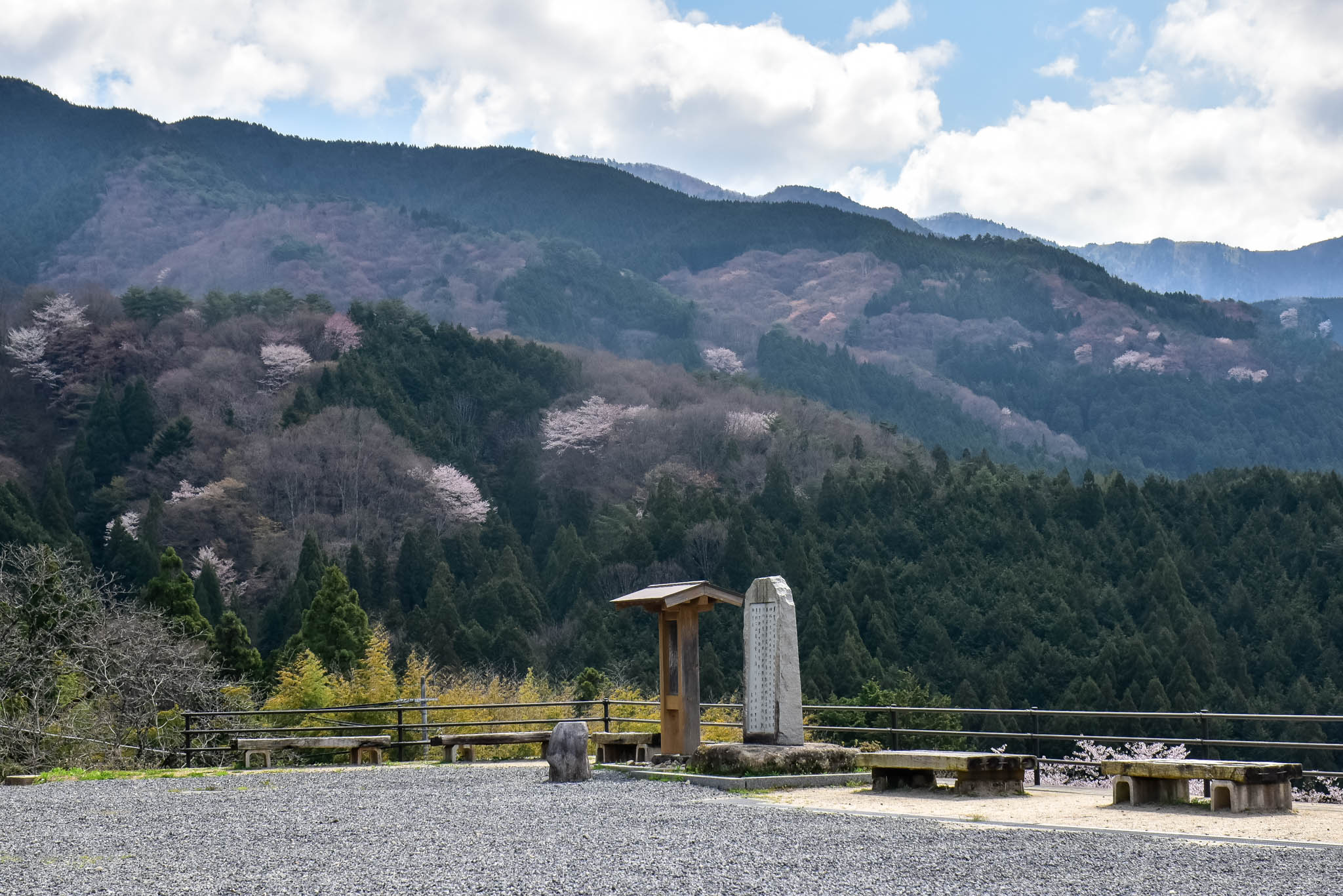 The cobbled street of Magome is fringed by traditional Japanese houses dating back to the Edo Period. Some of these houses were transformed into historic inns (hatago), souvenir shops, wooden craft shop, noodle restaurants and confectionary shops. 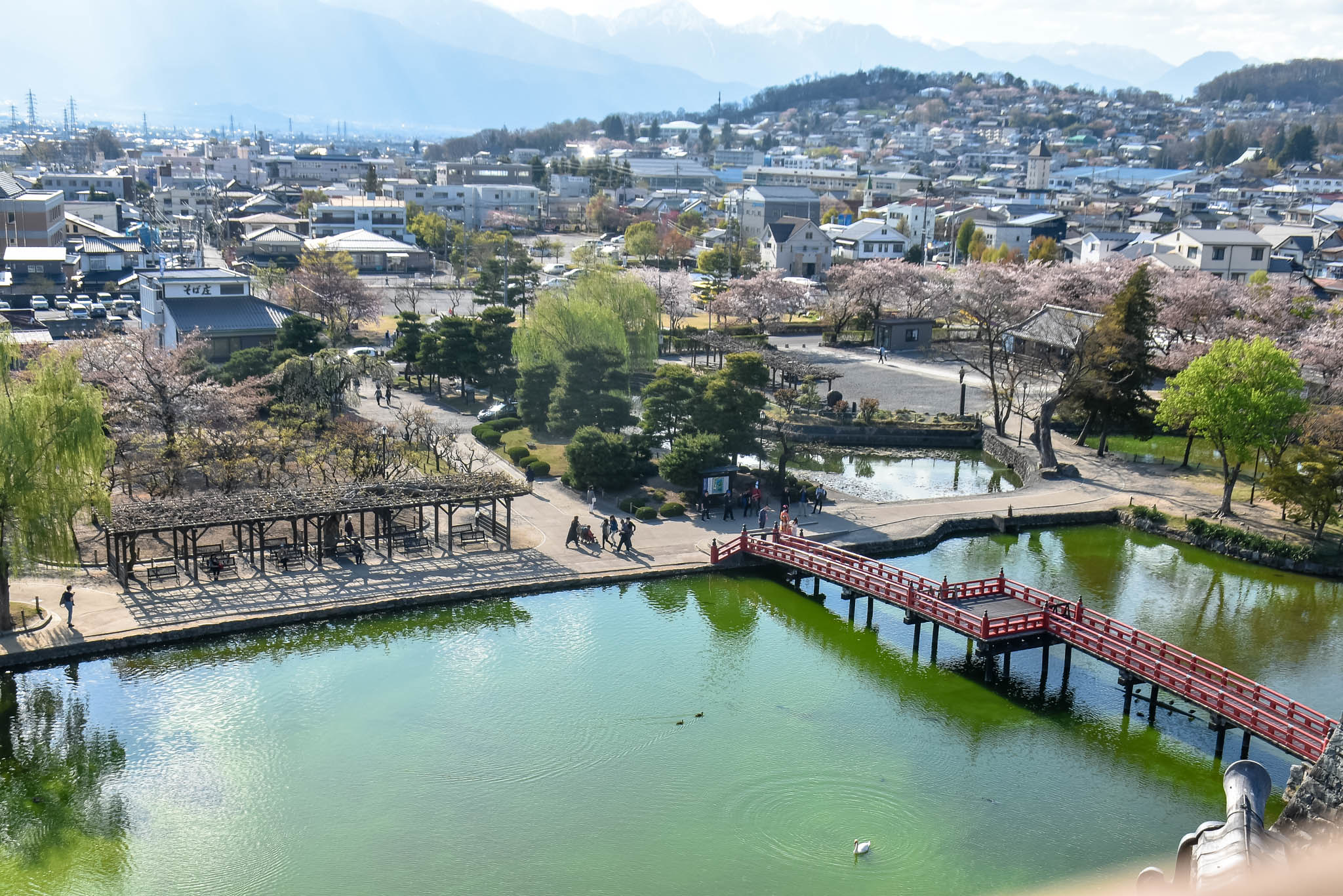 After our Magome Walking Tour, we headed to Matsumoto.  This charming city in Nagano Prefecture is home to one of Japan’s most beautiful castle – the Matsumoto Castle, a National Treasure.  We toured inside the massive Matsumoto Castle that still has its original wooden donjons.  We also climbed the 6 towers with a scenic view of the South Alps nearby. 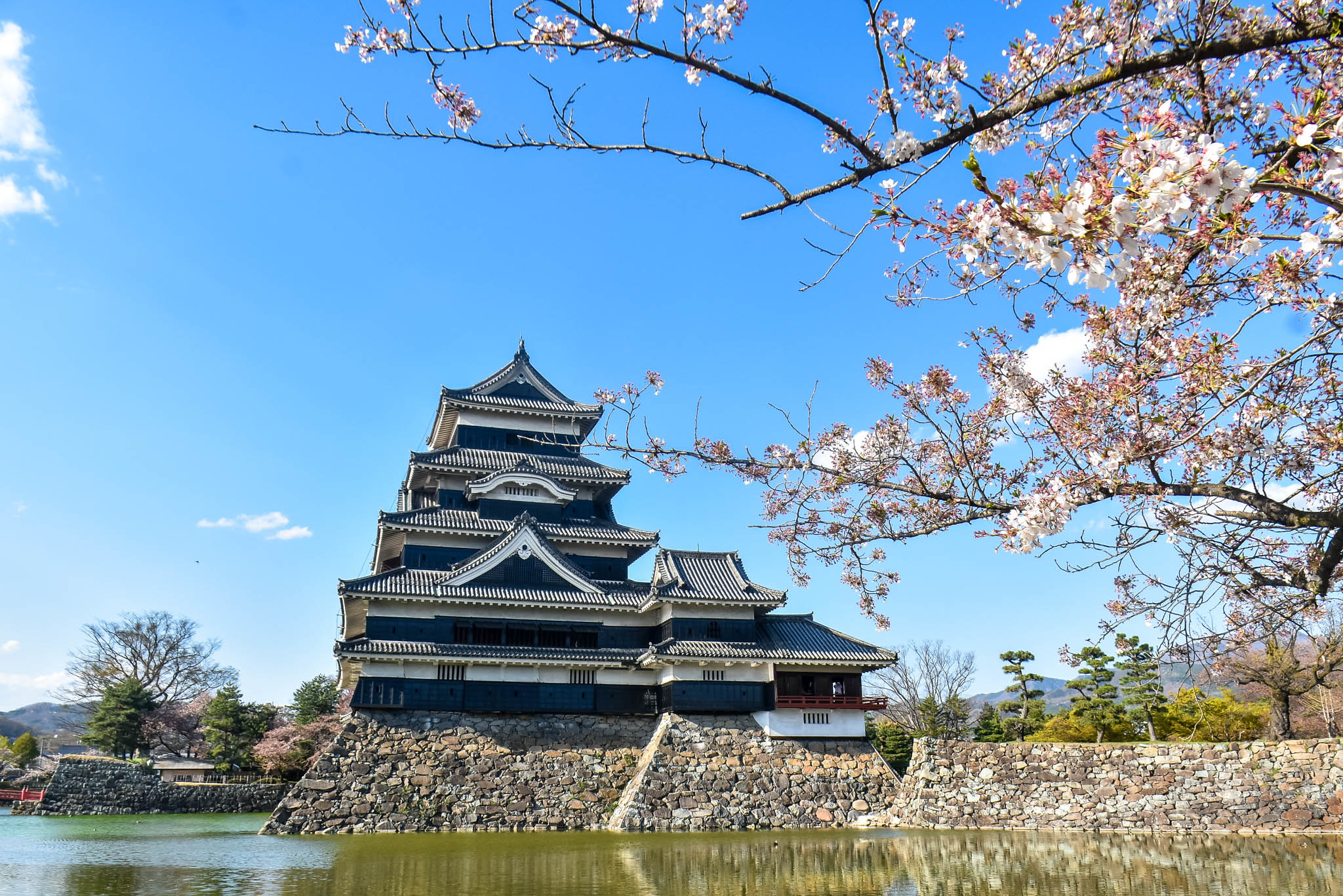 After the castle tour, we did a walking tour of Matsumoto City peppered with sake breweries, restaurants and Japanese inns.  From Matsumoto Castle, we walked for about 5 minutes towards Nawate Dori Street, popularly known as Frog Street, a small shopping street beside the Metoba River that exudes an atmosphere of Matsumoto’s castle town period.  Nearby tourists can find the Yohashira Shrine and a small frog shrine.  Nawate Dori Street was once a sleepy street where no horses or carts are allowed to pass through, until the shrine keepers started making ways to attract tourists by offering different forms of entertainment, eventually locals started setting up shops along Nawate Street.  Unfortunately, a strong storm hit the street sometime in 1959, flooding the street and making the river murky.  Despite the community’s effort to restore the Menoba River, it remained dirty, and the once lively Kajika frogs thriving here vanished.  In order to revive the bustling Nawate Street, the locals turned the street into a frog-themed street. 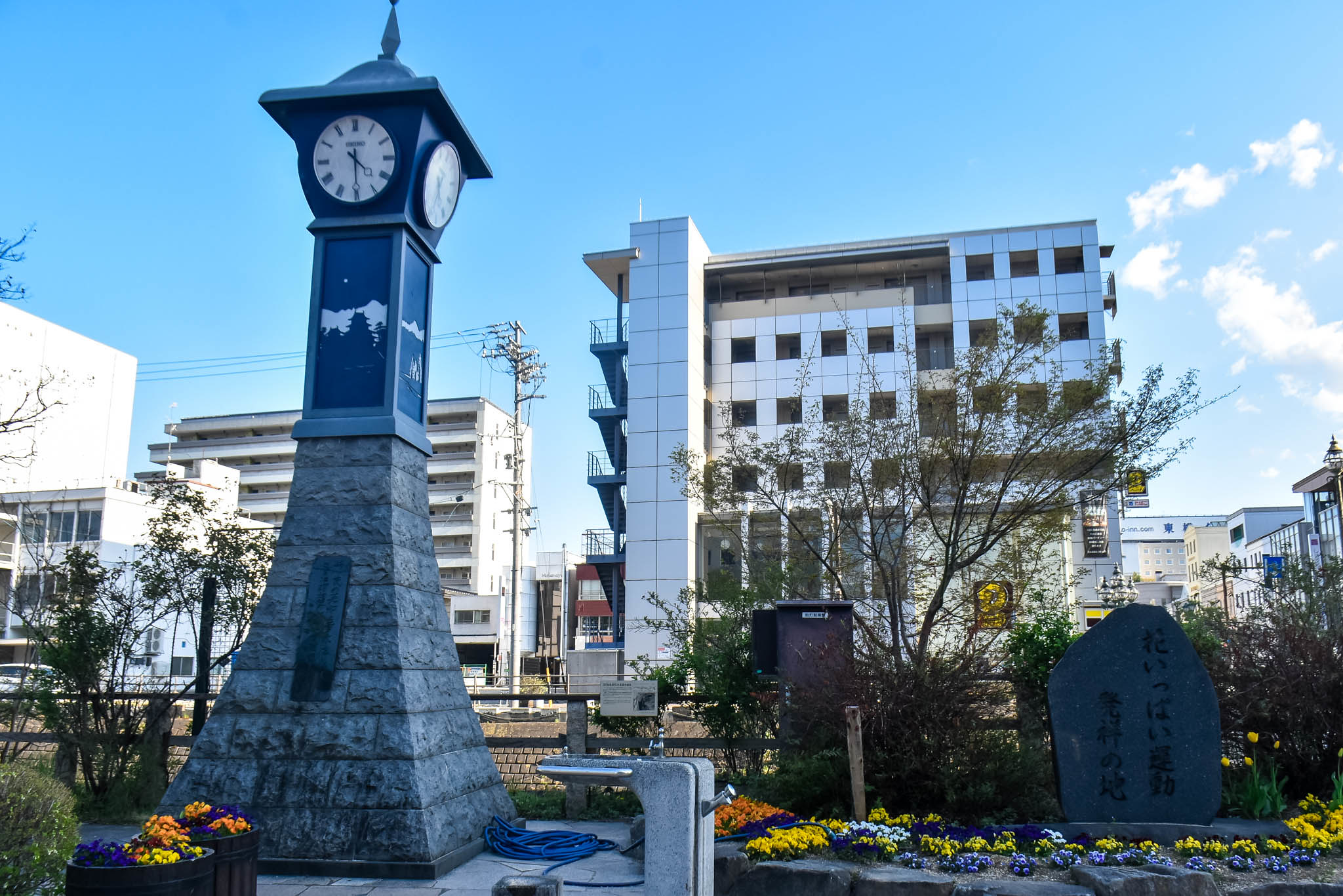 Though Matsumoto can be explored by foot – because this charming city is sprawling –  it’s recommended to ride the town buses with three loops: North, South and East Loop to explore more tourist attractions sprinkled around Matsumoto.   Bus fare is JPY 200 / PHP 88.43 / USD 1.77.  Tourists can also purchase a 1 day bus pass for only JPY 500 / PHP 221 / USD 4.44. 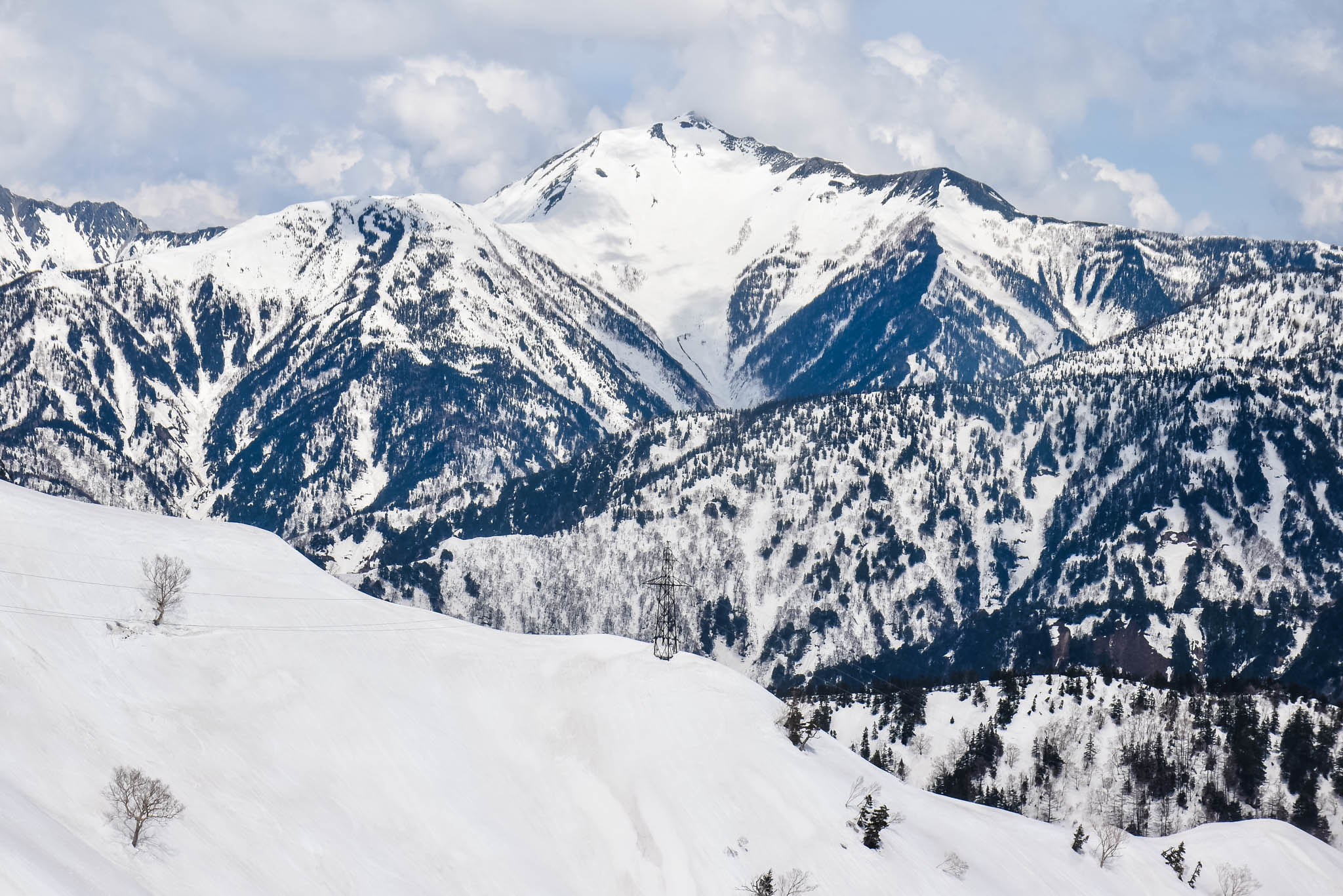 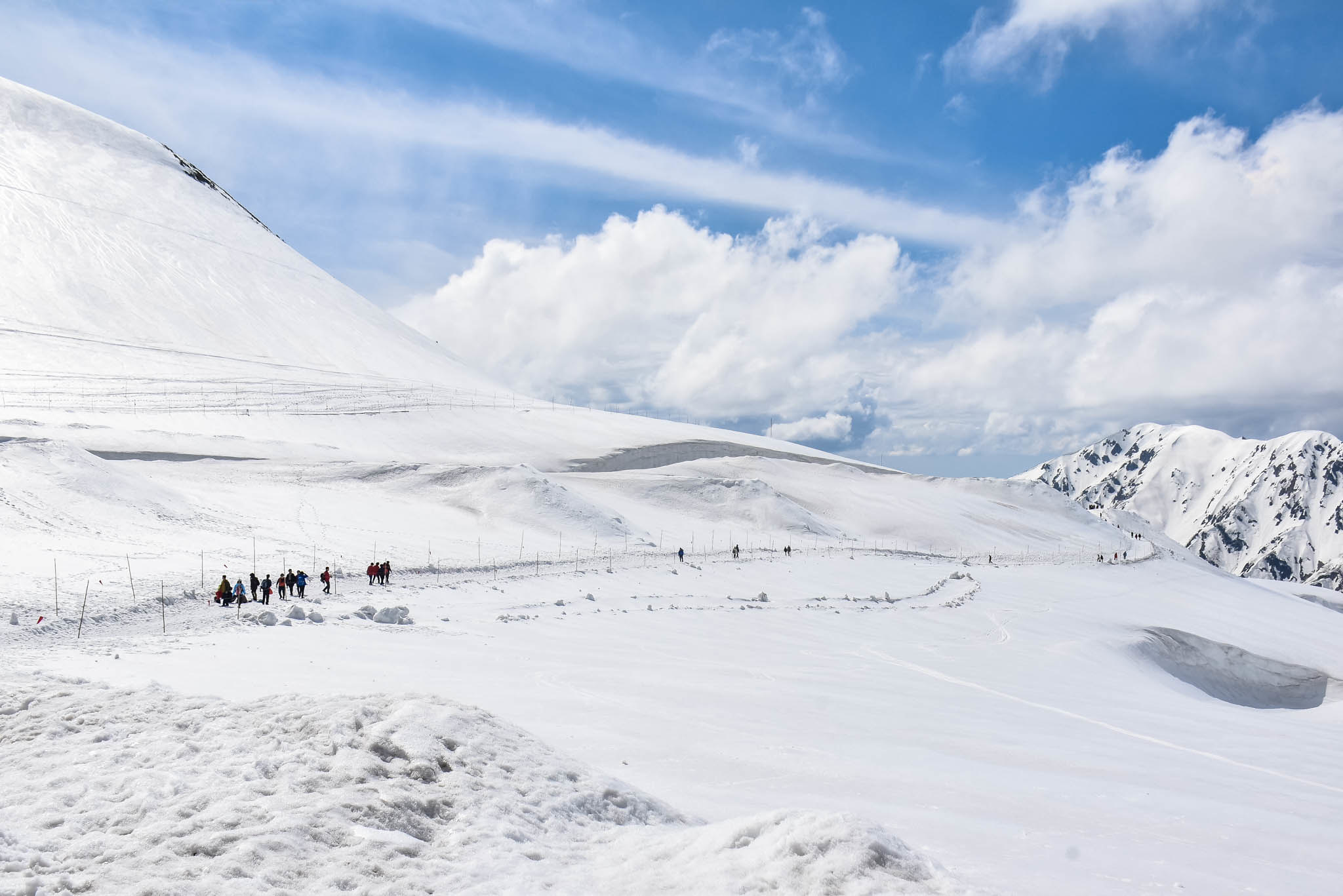 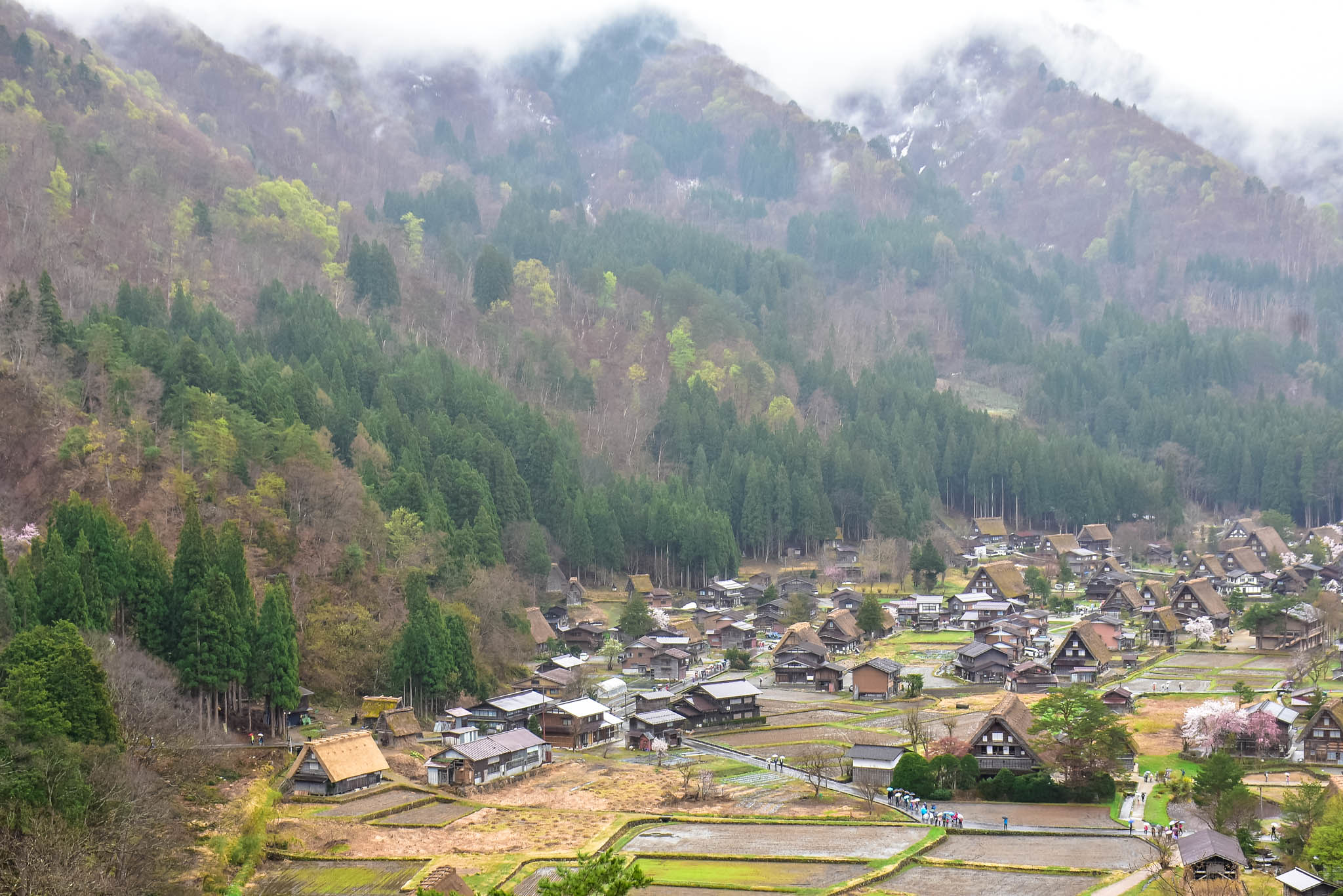 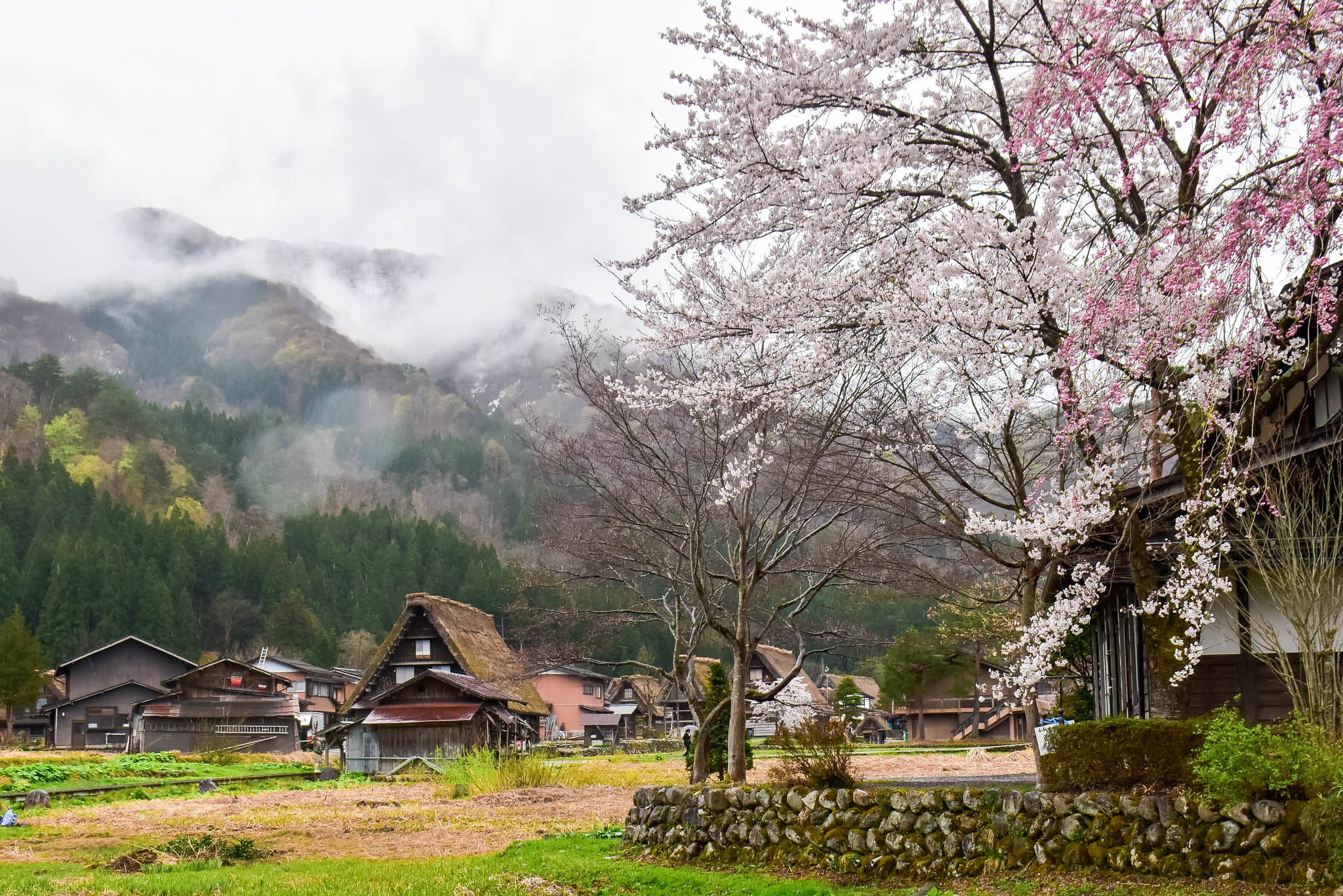 Shirikawago, a UNESCO World Heritage situated in Gifu known for its gassho styled houses. Basically, the roofs of the houses sprinkled around Shirikawago represent “hands in prayer”.  Interestingly, to be able to build this distinct roof, the residents help each other, a cooperation system known as “Yui”.

Shirikawago is flocked by tourists during winter, when the gassho houses are covered with snow and the village lights up at nightfall.  The illumination is like watching a real-life Christmas village.  But spring is also a good time to visit as some houses are fringed by cherry blossoms and the mountain range that clads the village is peppered with colorful trees.

The best spot to watch Shirikawago Village is from Shiroyama Viewpoint.  We visited during spring, and the view from here is still mesmeric.  The quaint village is hemmed in by soaring massif clad with pastel-colored trees.  While the fog adds for more drama to the already neck-swiveling scenery.

HOW TO GET TO SHIRAKAWA-GO FROM TOKYO, OSAKA, NAGOYA, AND TAKAYAMA 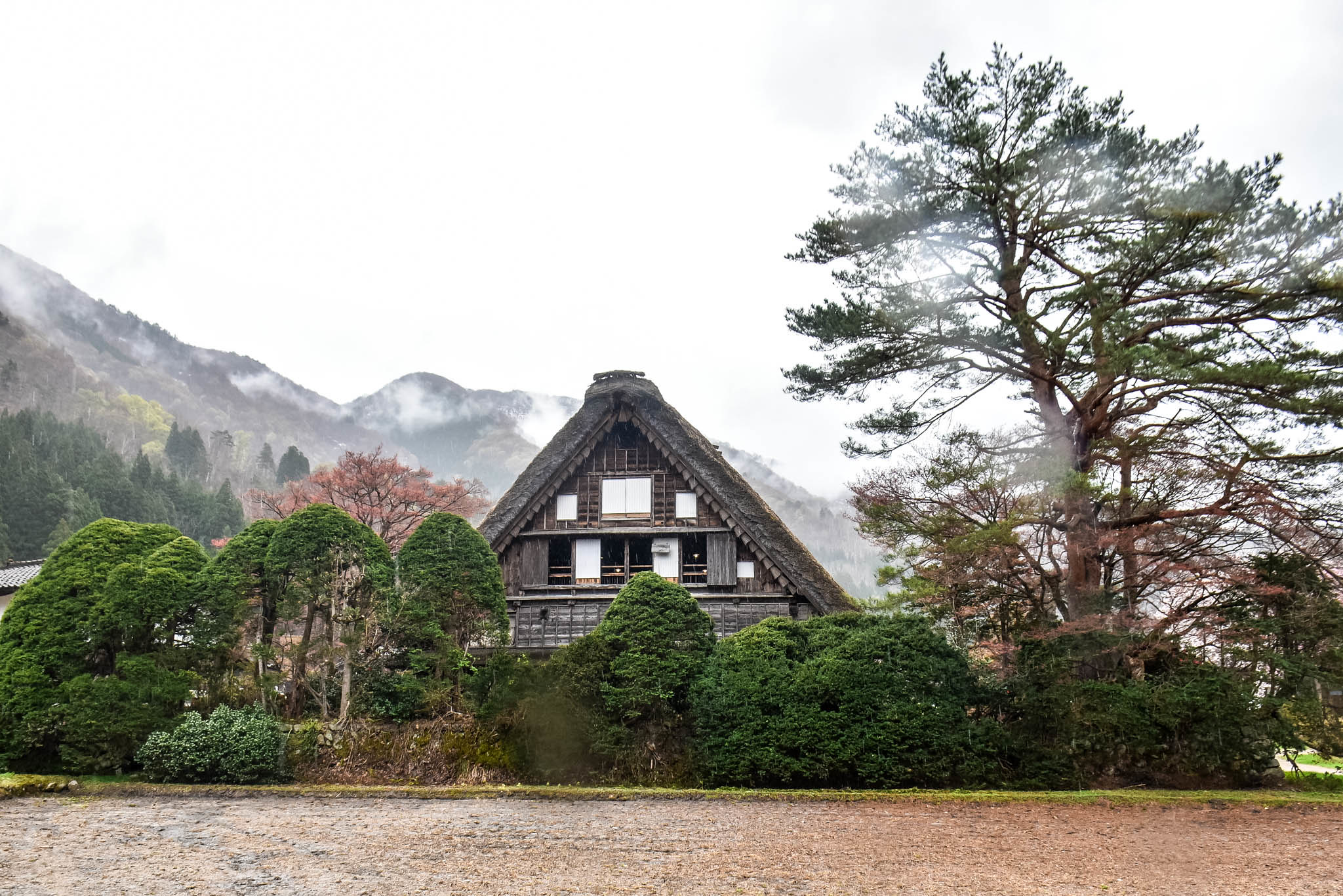 One of the traditional houses we visited in Shirikawago Village is the Wada House, one of the biggest houses in the community that is a partly a museum.   According to the guide, it took about 4 years to construct Wada House, which is actually made up of silk worm feces, grass, human urine and dirt.  The main room with wooden floors is spacious and still houses the family shrine.  There were also some age-old porcelains on display here.  Meanwhile, on the second floor, equipment for farming and silk processing are stored.  This area is said to be used for silk processing.  The windows here open up to amazing views of the village.

In the afternoon, our group headed to Takayama, also Hida-Takayama, for our next tour.  Takayama is one of the pleasantly-preserved old towns in Central Honshu that exhibits a laid-back vibe.  This pristinely preserved 17th century town hemmed in by Japan Alps is brimming with temples, galleries, traditional inns, museums and plus a stunning river fringed by cherry blossoms to boot. 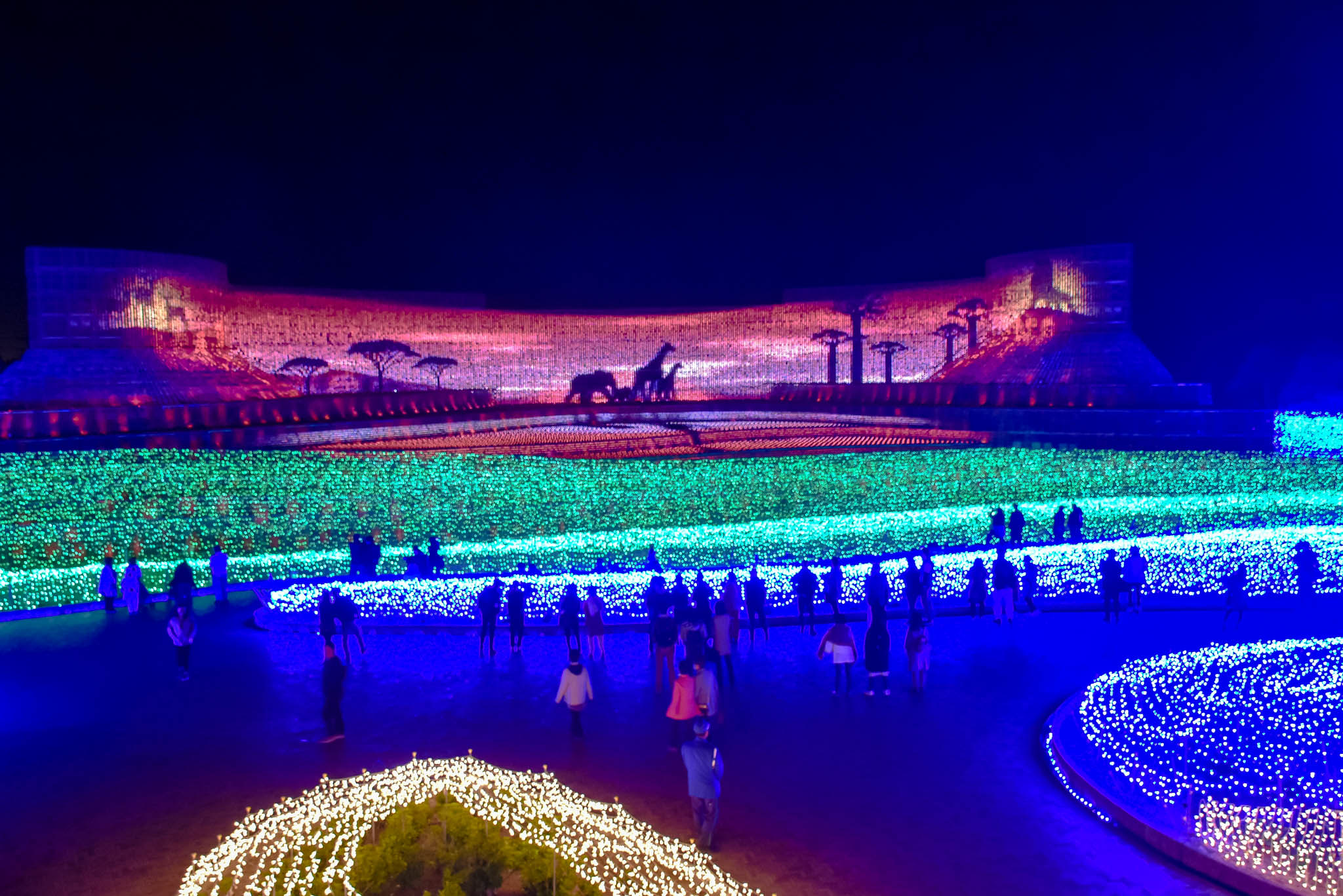 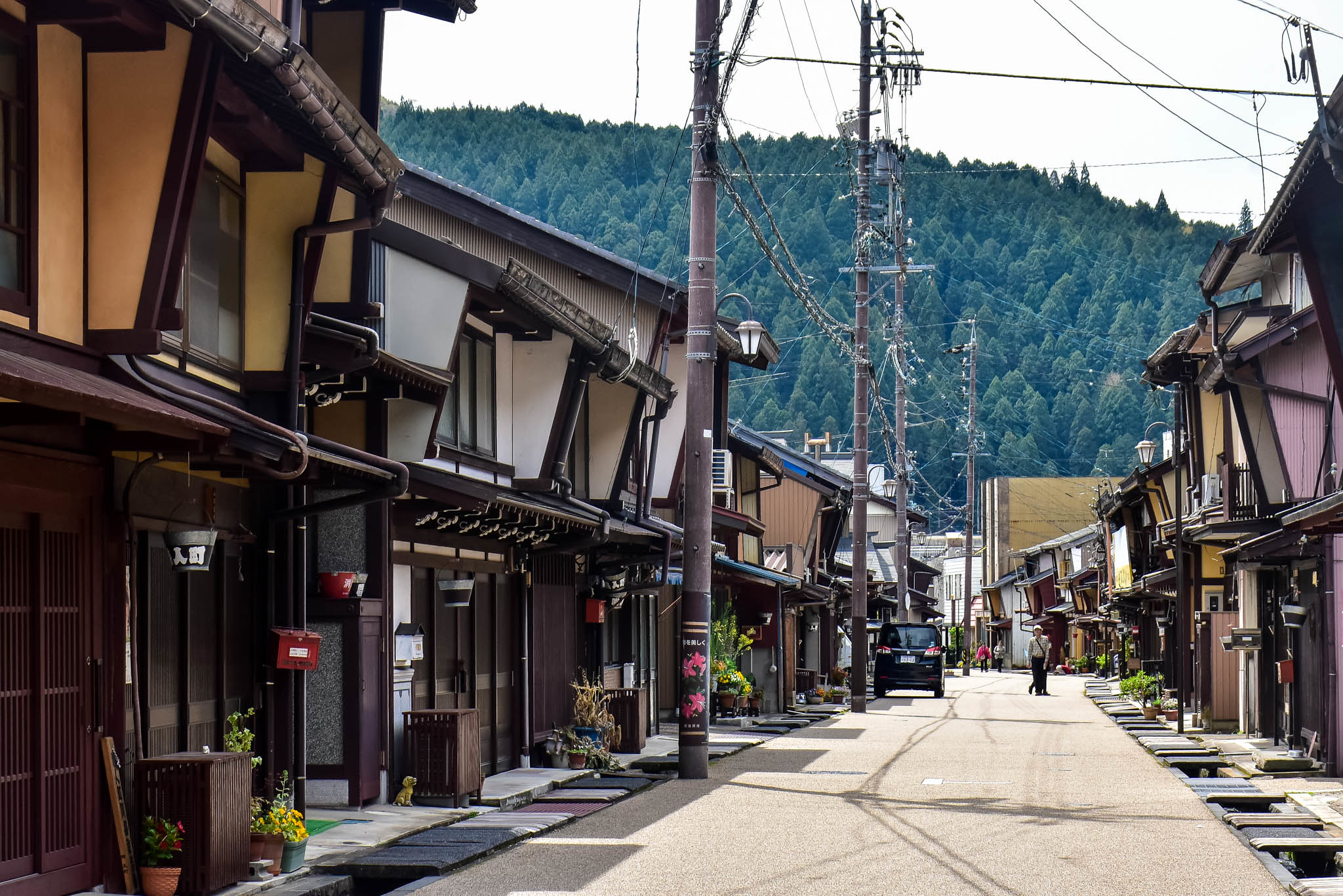 On our 4th day, we explored Gujo City, a city famed for its clean canals and waterways used for laundry and even washing rice.  Residents here take pride in Gujo’s drinking water that can be sourced from every well and valve in town.  We passed by an age-old shop that sells sake and the owner was kind enough to give us spring water flowing through the tap in front of his store. 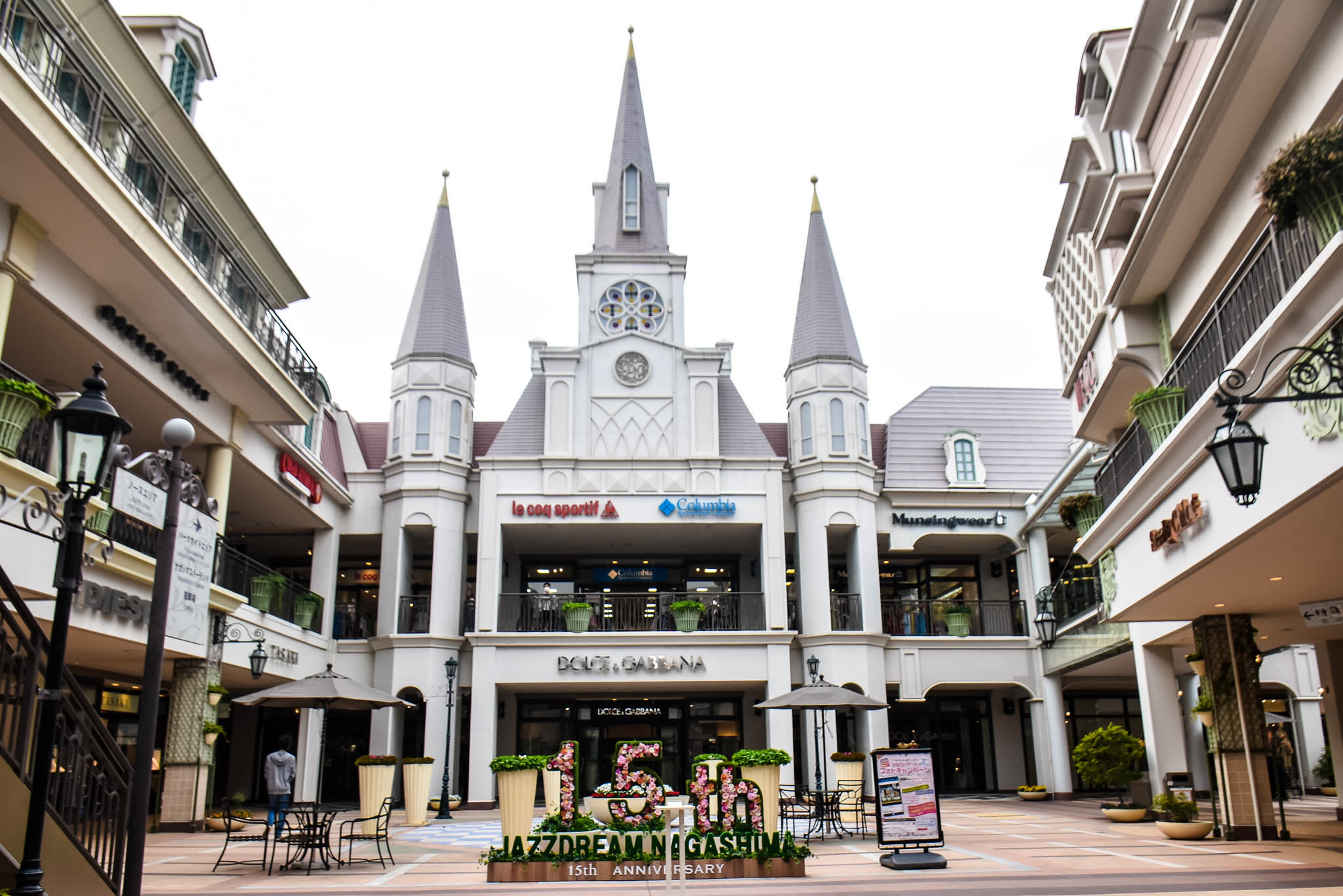 After our Gujo City Walking Tour, we paid a quick visit to Jazz Dream Nagashima, one of the biggest outlet malls in Japan.  So if you love to shop for branded apparels and gears while traveling, this is the place to be. 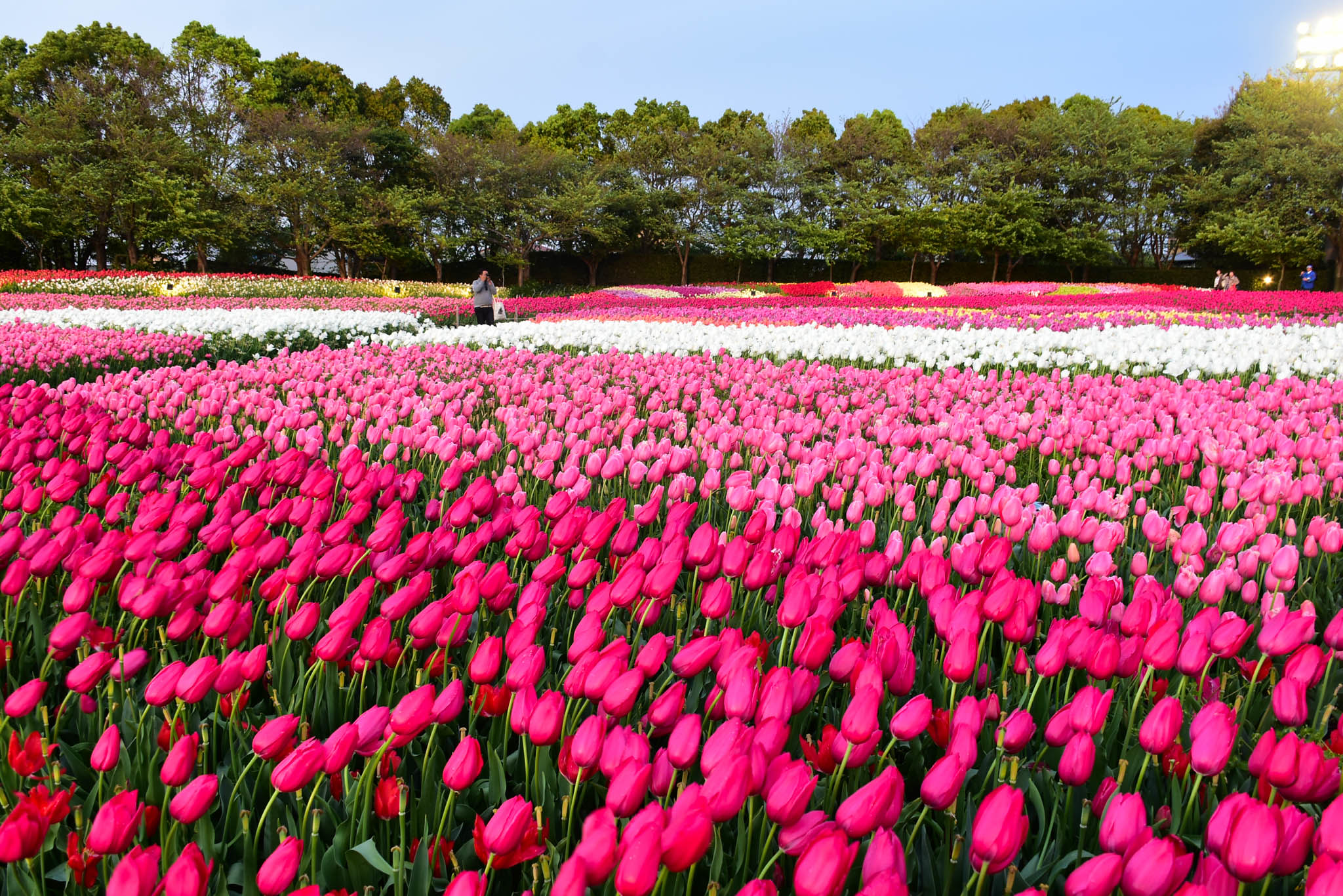 But perhaps one of the most exciting part of our Central Japan trip is a visit to Nabano no Sato on Nagashima, Kuwana City for its Winter Illumination and Tulips Field.  The park is literally overflowing with flowers, their colors so trippy like they just came out of a Crayola box! 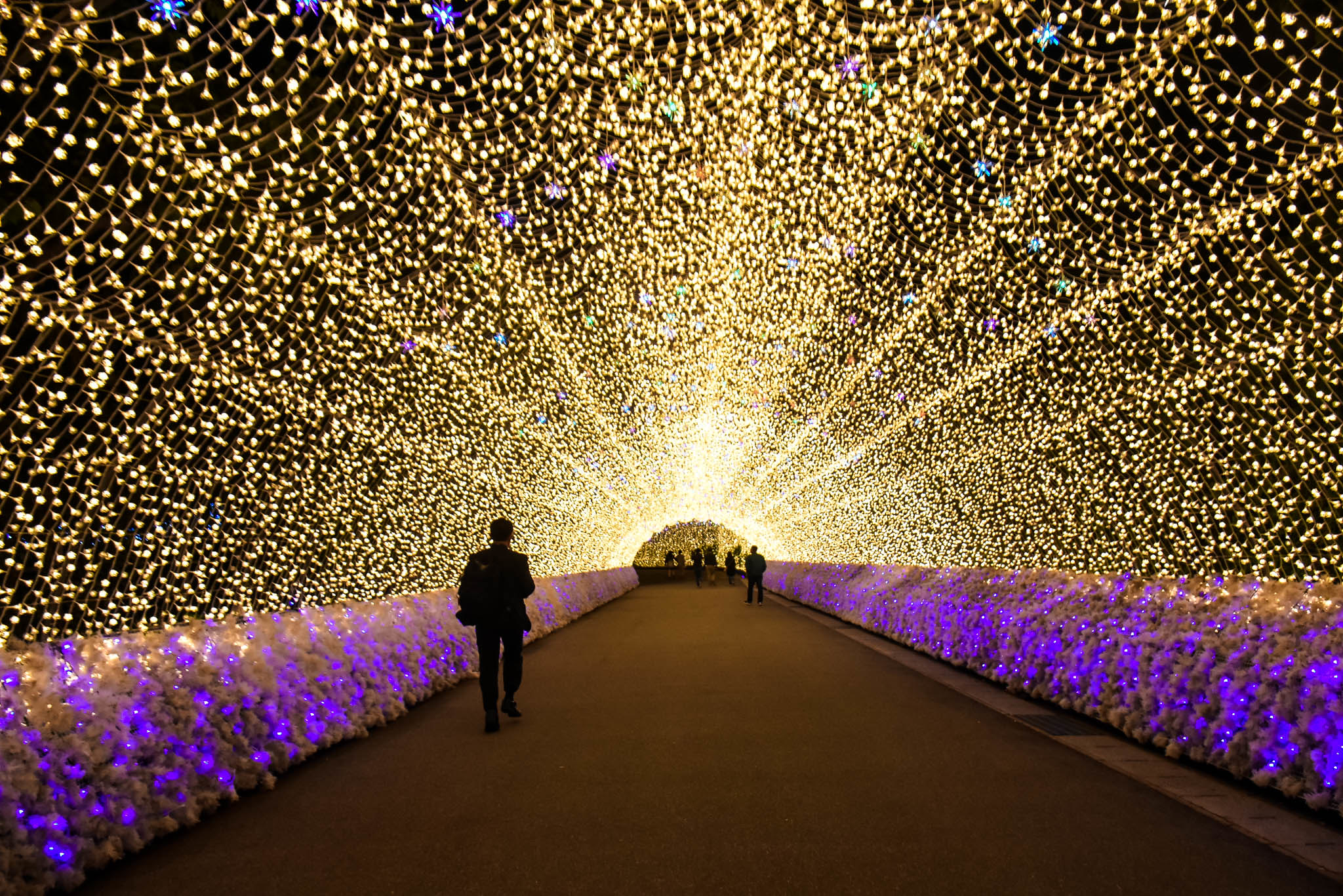 Hailed as one of Japan’s most extravagant light display, Nabano no Sato made me teary-eyed.  This place is oozing with over 8 million LED lights illuminating in the flower park. Attractions here include the surreal light tunnel that is made to look like fall foliage, the animated light show, the observation deck and the tulip field.  This year’s display, which will run until May 7 only, is entitled the “Beauty of Mother Nature”, the biggest winter illumination they’ve done so far. 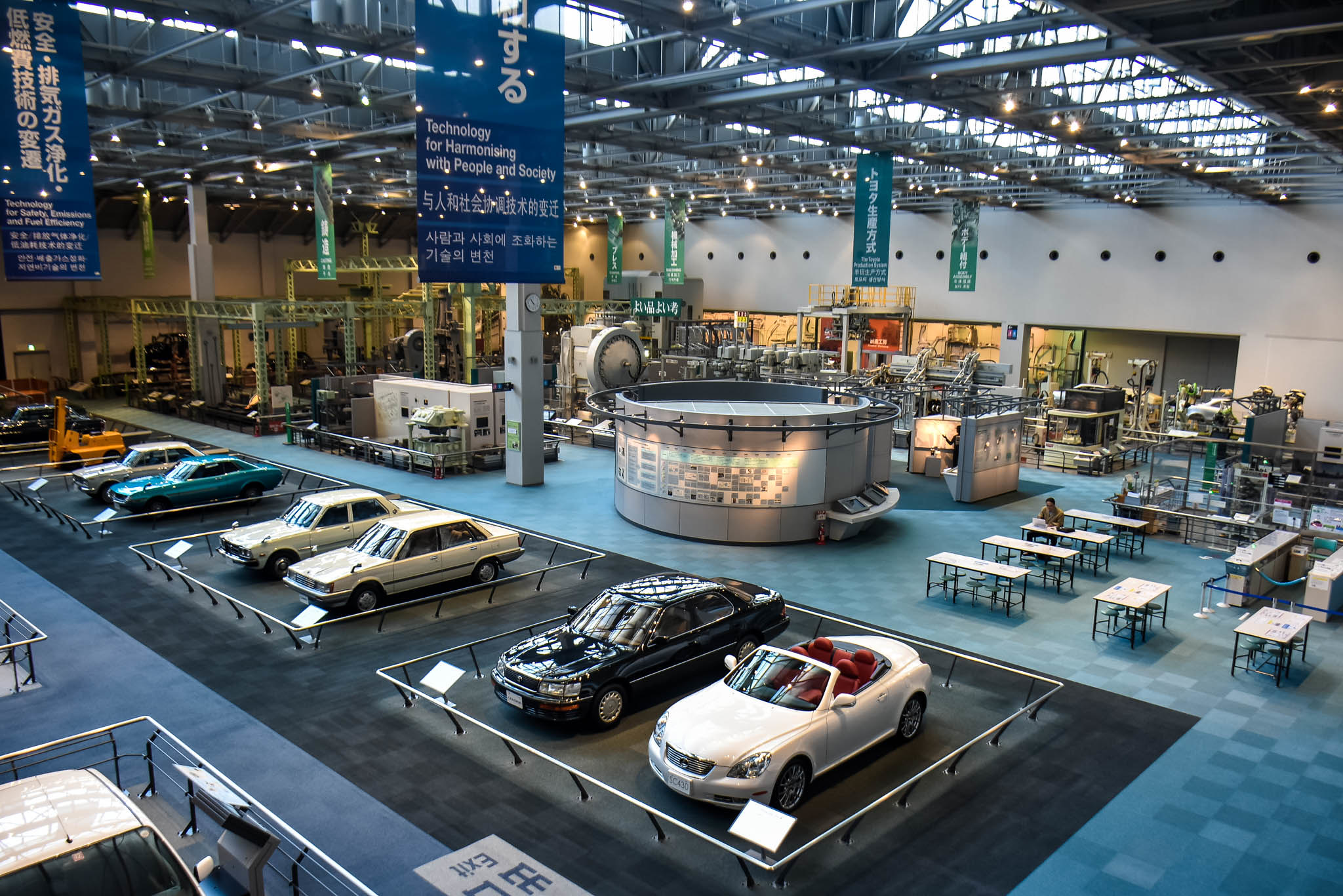 We spent our last day in Central Japan touring Nagoya City and its handful of attractions.  You can explore the top attractions here in a day or two. Nagoya is the birthplace of Toyoto, Mitsubishi and Honda.  Having said that, we visited the Toyota Commemorative Museum of Industry that showcases the humble beginnings of the company started by Sakichi Toyoda, from loom weaving to the manufacture of cars.

We failed to visit Nagoya Castle during our trip due to time constraint, but if you plan to explore Nagoya’s top attractions, pay a visit here. Nagoya Castle was constructed in 1612 upon the orders of Ieyasu Togukawa. 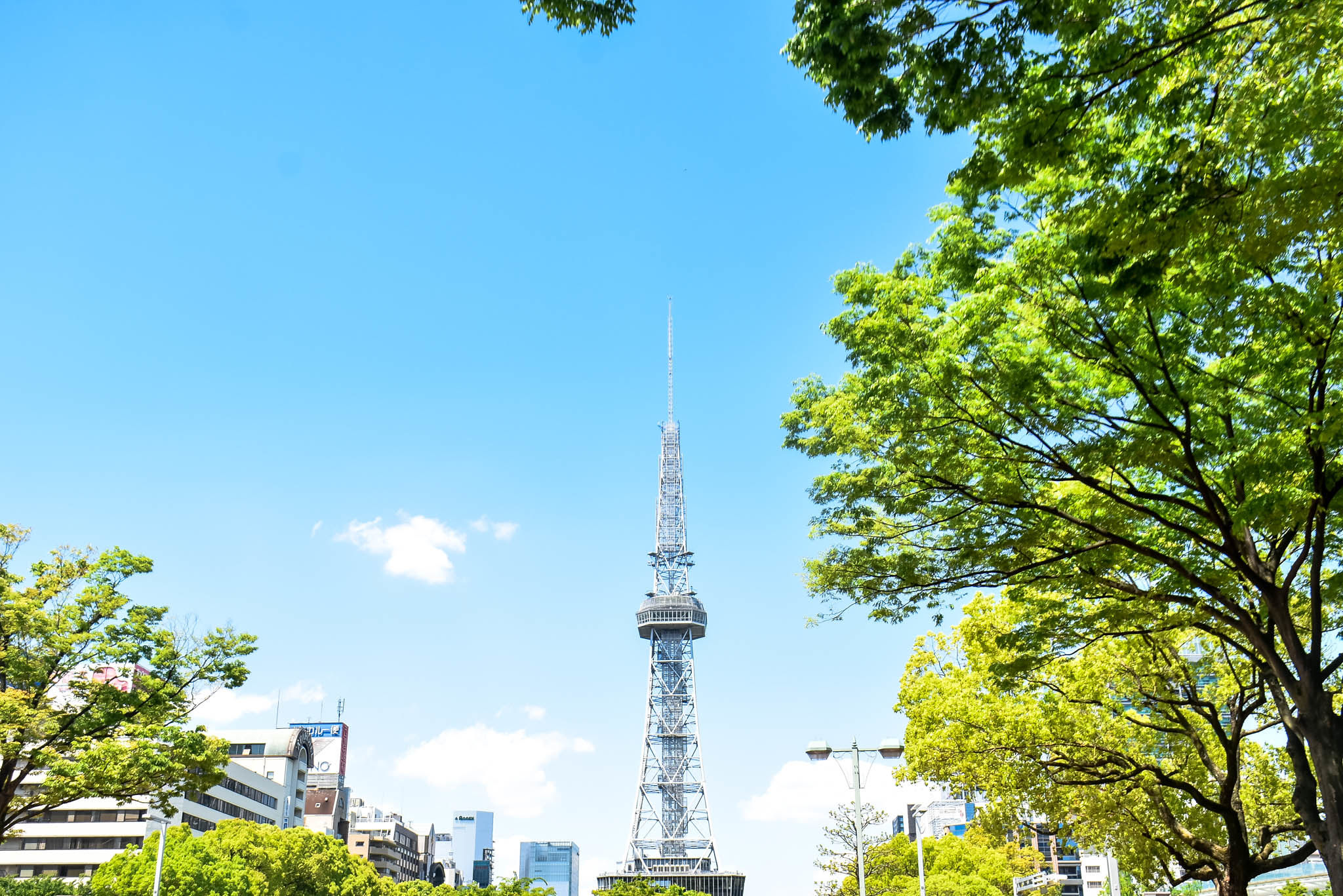 SCMAGLEV and Railway Park is also worth a visit while in Nagoya, this place is the railway museum of Central Japan Railways.  Here, visitors can get to see a collection of trains and get to learn how they function as well as their maintenance.

That’s it! Hope this Nagoya sample itinerary will help you plan your trip to Nagoya, Japan soon.

WHERE TO STAY IN NAGOYA

My trip to Nagoya and Central Japan was made possible by Jetstar Asia. 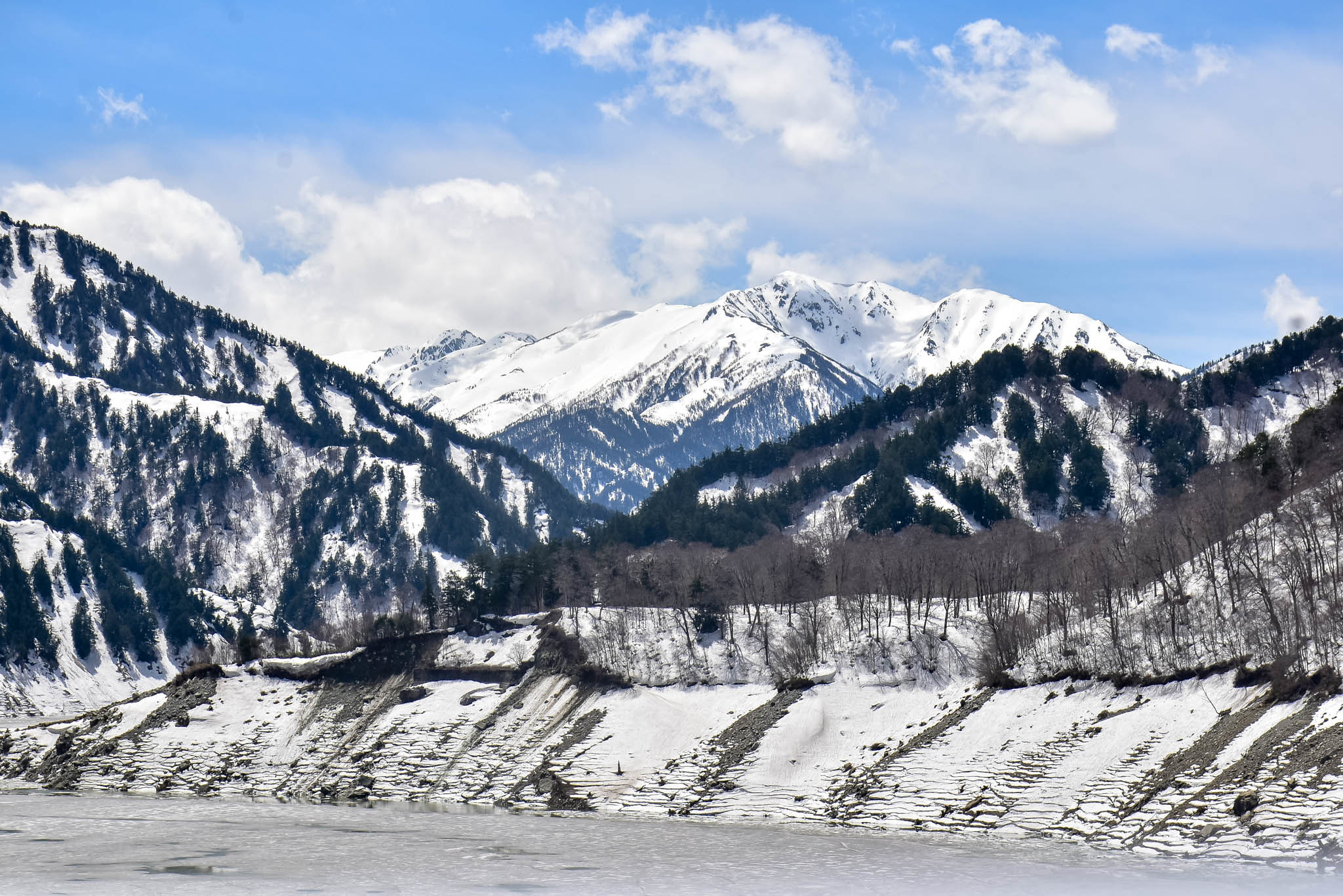 HOW TO APPLY FOR A JAPAN VISA

"Although the world is full of suffering, it is al

The stillness of winter.❄ . Winter is my favorit