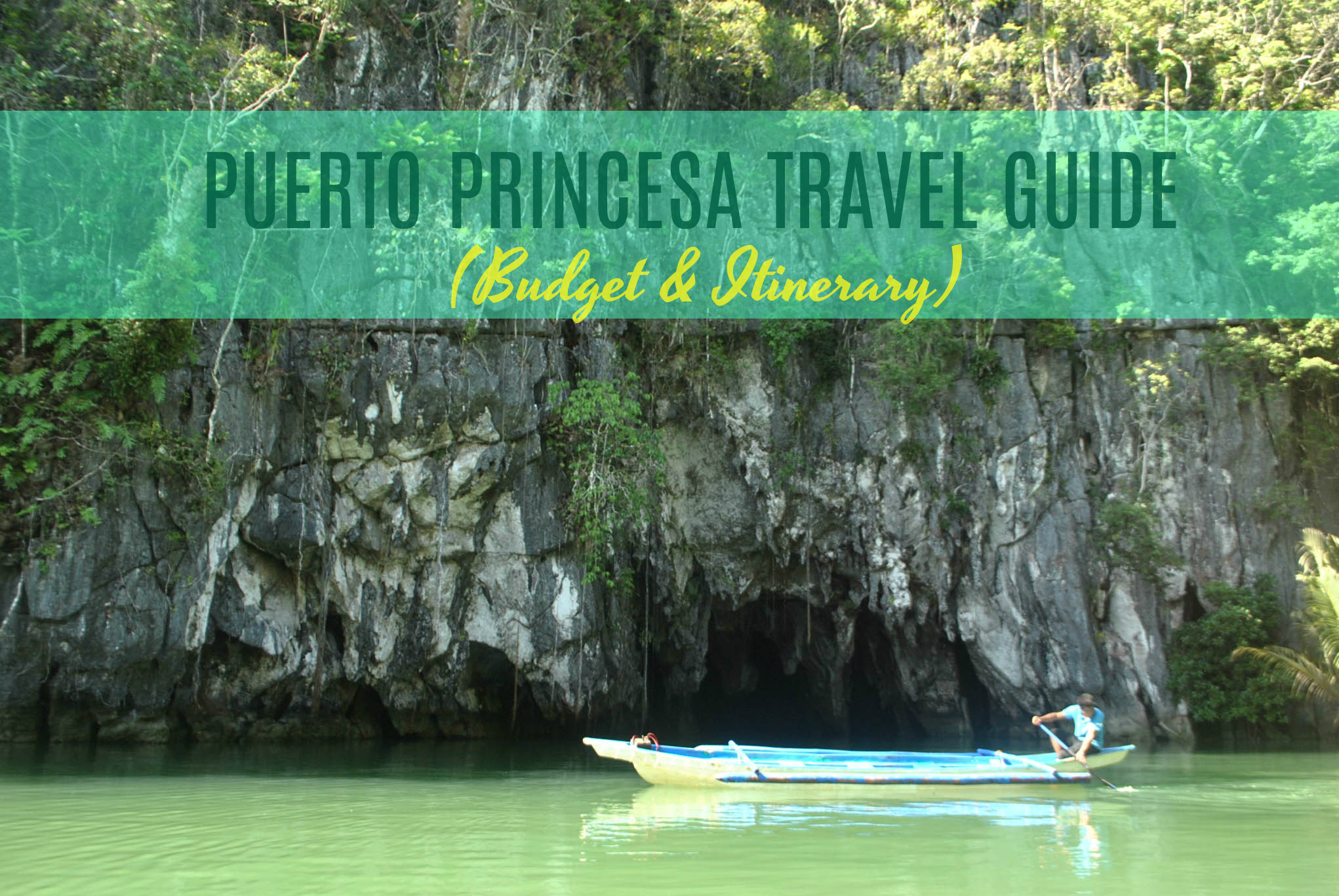 A few days stay in PUERTO PRINCESA, Palawan trip is all it takes to set your heart racing.  There are plenty of things to do in Puerto Princesa, the capital of Palawan that will make one’s trip here truly unforgettable. Thankfully, it has managed to preserve its splendor over the years despite the crowd it brings.  Puerto Princesa, Palawan has long been a magnet of sun-worshippers and pleasure seekers.  Thanks to the island-studded Honday Bay, sprinkled with golden and white sand tropical beach clichés that are ideal for swimming, snorkeling and picnic.  Meanwhile, Puerto Princesa ‘s subterranean river was once the longest underground river in the world and hailed as one of the New 7 Wonders of the World, a must-visit when traveling to Puerto Princesa.  Here’s my Puerto Princesa Travel Guide to help you plan your trip.

WHEN IS THE BEST TIME TO VISIT PUERTO PRINCESA

Like the rest of the Philippines, Puerto Princesa enjoys a wet and dry season.  The best time to visit Puerto Princesa is during the summer season – April to June.  Heavy rains are expected around August to October, but the nice thing about off-peak season is, hotels and flights can give discounts as much as 50% off.  I suggest you check the weather updates before proceeding.

WHERE TO STAY IN PUERTO PRINCESA, PALAWAN

Puerto Princesa City is booming, once you arrive in the city center, it’s hard to see why it’s dubbed as one of the cleanest and greenest city in the world due to concrete buildings sprinkled everywhere and annoying traffic jam.  But despite that, the city center is a good place to base yourself if you want to explore the top attractions in Puerto Princesa because most of the Puerto Princes budget hotels and mid-raged hotels are concentrated here and everything you need for your vacation, can be bought here.

Here’s a list of some of the best budget hotels in Puerto Princesa, Palawan.

HOW TO GET TO PUERTO PRINCESA, PALAWAN 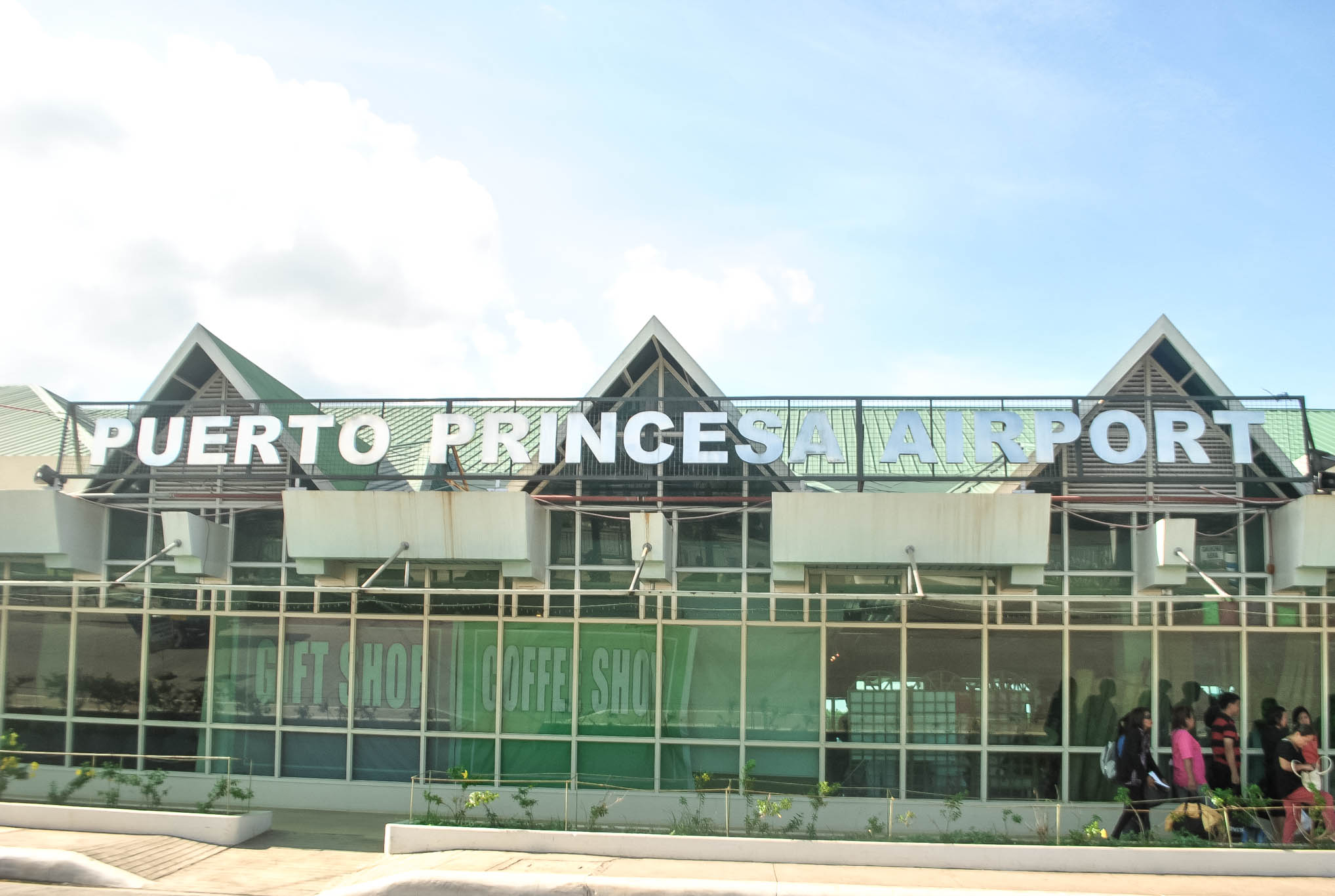 There are plenty of ways to get to Puerto Princesa from major cities in the Philippines like Manila, Clark (Pampanga), Cebu, Iloilo and Davao.

There are several airlines flying between Manila and Puerto Princesa such as Philippine Airlines, Cebu Pacific and Airasia.  You can book a flight for as low as PHP 1,499 (USD 30 / EURO 26 / SGD 41/ MYR 127), one way, if you book a couple of weeks before your flight.  It can go lower during seat sale and travel mart.

MANILA TO PUERTO PRINCESA BY FERRY

2Go ferry travels between Puerto Princesa and Manila.  See fare table below. Fare is inclusive of VAT + Taxes and fees. 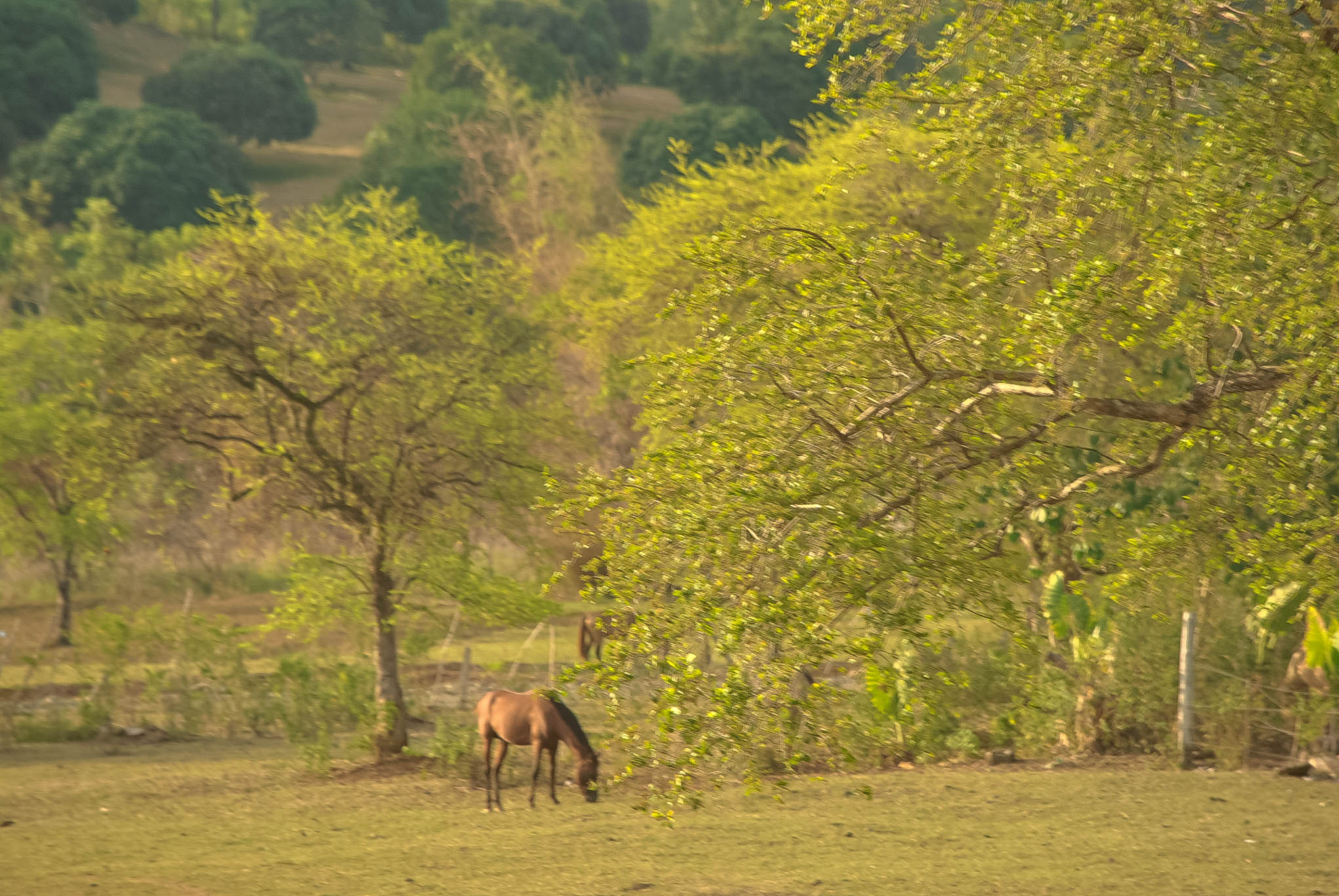 From Coron, you can take the 2Go Ferry to Puerto Princesa, Palawan.  See the fare table (inclusive of VAT, Tax and fees) and ferry schedule below.

HOW TO GET AROUND PUERTO PRINCESA PALAWAN

Tricycle and jeep/multi-cab are the main mode of transportation in Puerto Princesa, Palawan.  Take note that there are airport tricycles and regular tricycles.  Airport tricycles usually charge PHP 50 (USD 1/ EURO .86/ SGD 1.35/ MYR 4.23) to get to Puerto Princesa city center.  Regular tricycle fare is PHP 10 (USD .20 / EURO .17/ SGD .27/ MYR .85).  Because Puerto Princesa City is sprawling, if you hail a tricycle, you will be asked where you are headed, and depending on the tricycle’s route at that time (for example, there’s already a passenger inside the trike), you may or may not be allowed to ride if your destination is out of the way.

PUERTO PRINCESA TOP THINGS TO DO 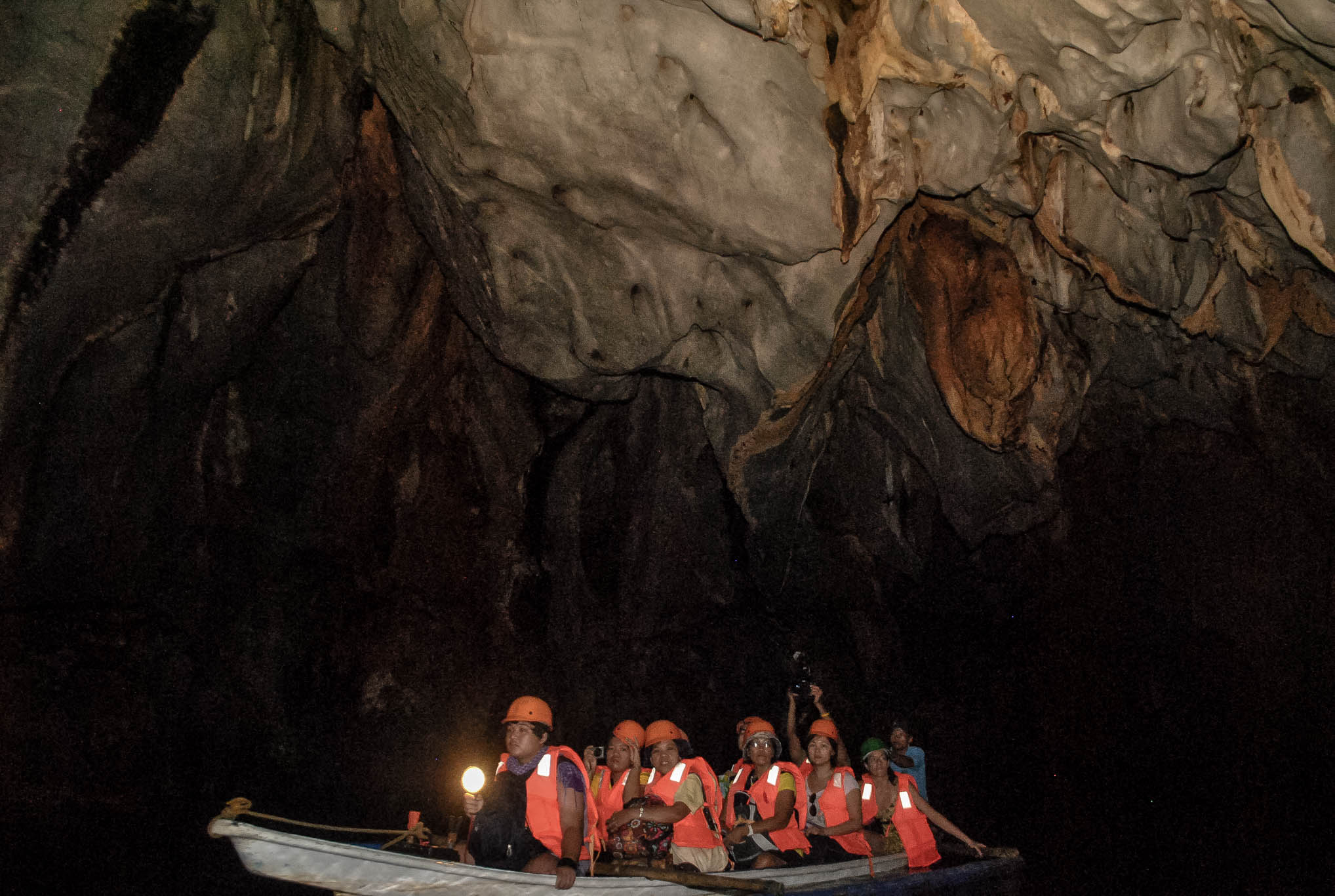 Puerto Princesa Underground River is situated in St. Paul Mountain Range.  Hailed as one of the New 7 Wonders of the World, this emerald green river is fringed by stunning limestone formations and verdant forest. Puerto Princesa Underground River was once th longest subtarrenean river in the world passing through caves with major formations of stalactites and stalagmites before it meets the West Philippine Sea.

Honda Bay In Puerto Princesa, Palawan is hugged by scenic coast line peppered with tropical palm-fringed islands that are perfect for swimming, snorkeling, picnic and kayaking. A popular tour in Puerto Princesa for first-time tourists is the Honday Bay island hopping.  The tour usually includes a stop to the following islands: Pambato Reef (good forsnorkeling), Luli Island (sandbar that is good for swimming and kayaking), Star Fish Island and Cowrie Island (great for picnics). 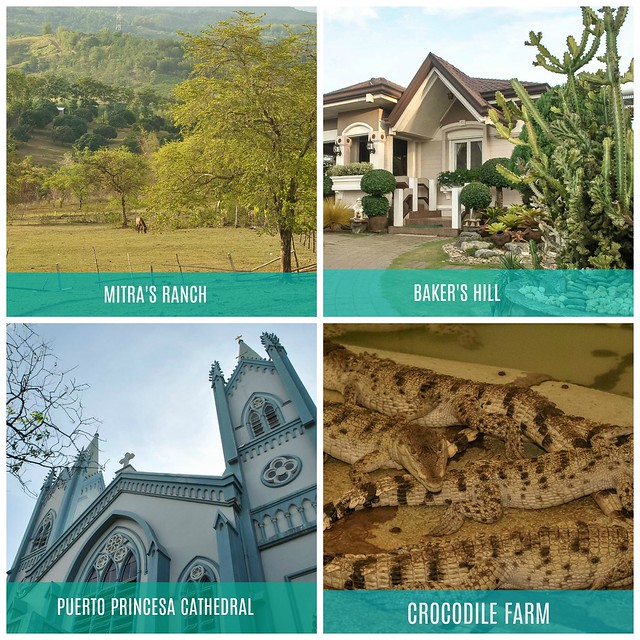 Puerto Princesa City has a wealth of attractions to flaunt.  One of the top activities for tourists traveling to Puerto Princesa is the city tour.  You can either join a group tour in a comfortable van with a tourist guide or rent a tricycle  for  PHP 600 (USD 12/EURO 16/ SGD 10/27/ MYR 51 ) , good for 2-3 persons, to show you around. Here are the list of attractions usually included in the tour:  Puerto Princesa Cathedral, Plaza Cuartel, Promenade/The Baywalk, Souvenir Shops, Butterfly Garden and Tribal Village, Palawan Wildlife Rescue and Conservation Center (Crocodile Farm), Mitra’s Ranch, Bakers Hill and Binuatan Creations (Weaving Loom Center).

If you’re looking for what to do in Puerto princesa at night, then head to Iwahig River for the firefly watching tour.  This eco-tourism site is managed by the Iwahig Community Eco-Tourism Association.   Your jaw will drop upon watching fireflies congregate along Iwahig River, illuminating the river at night.

WHERE TO EAT IN PUERTO PRINCESA 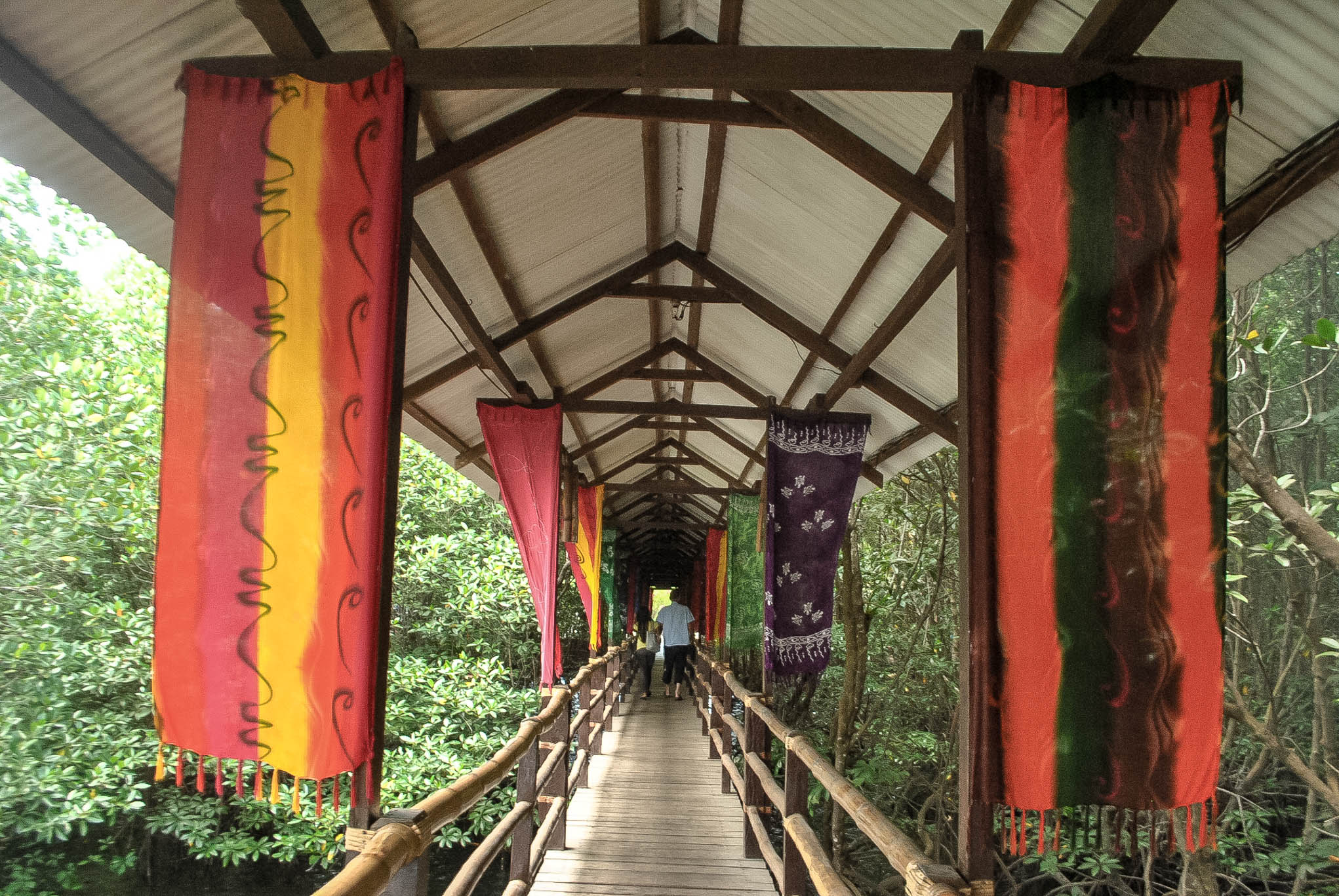 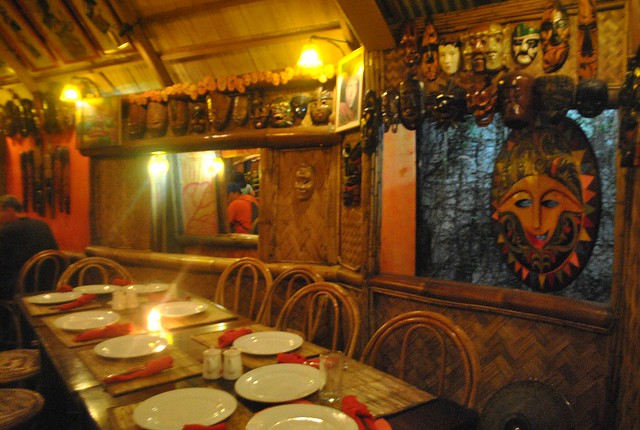 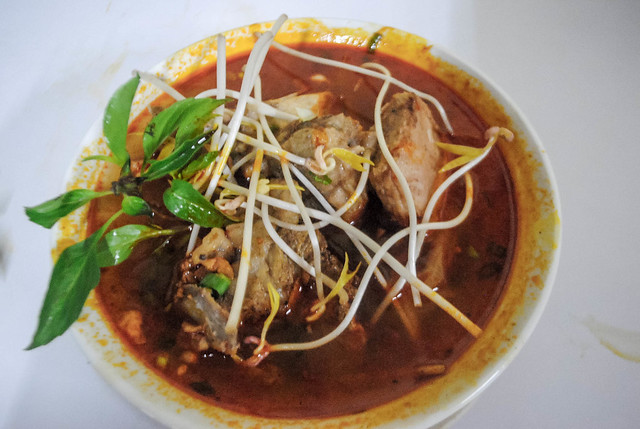 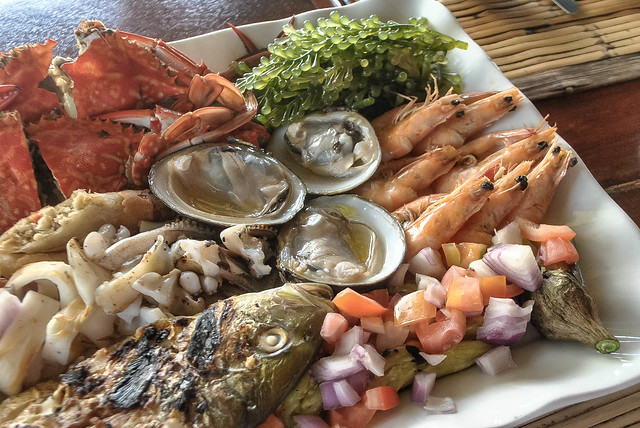 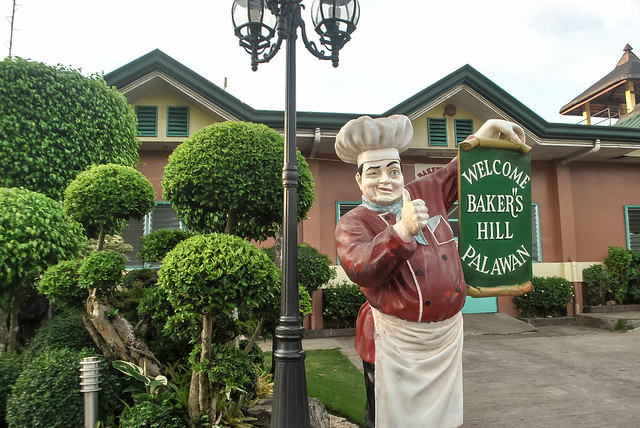 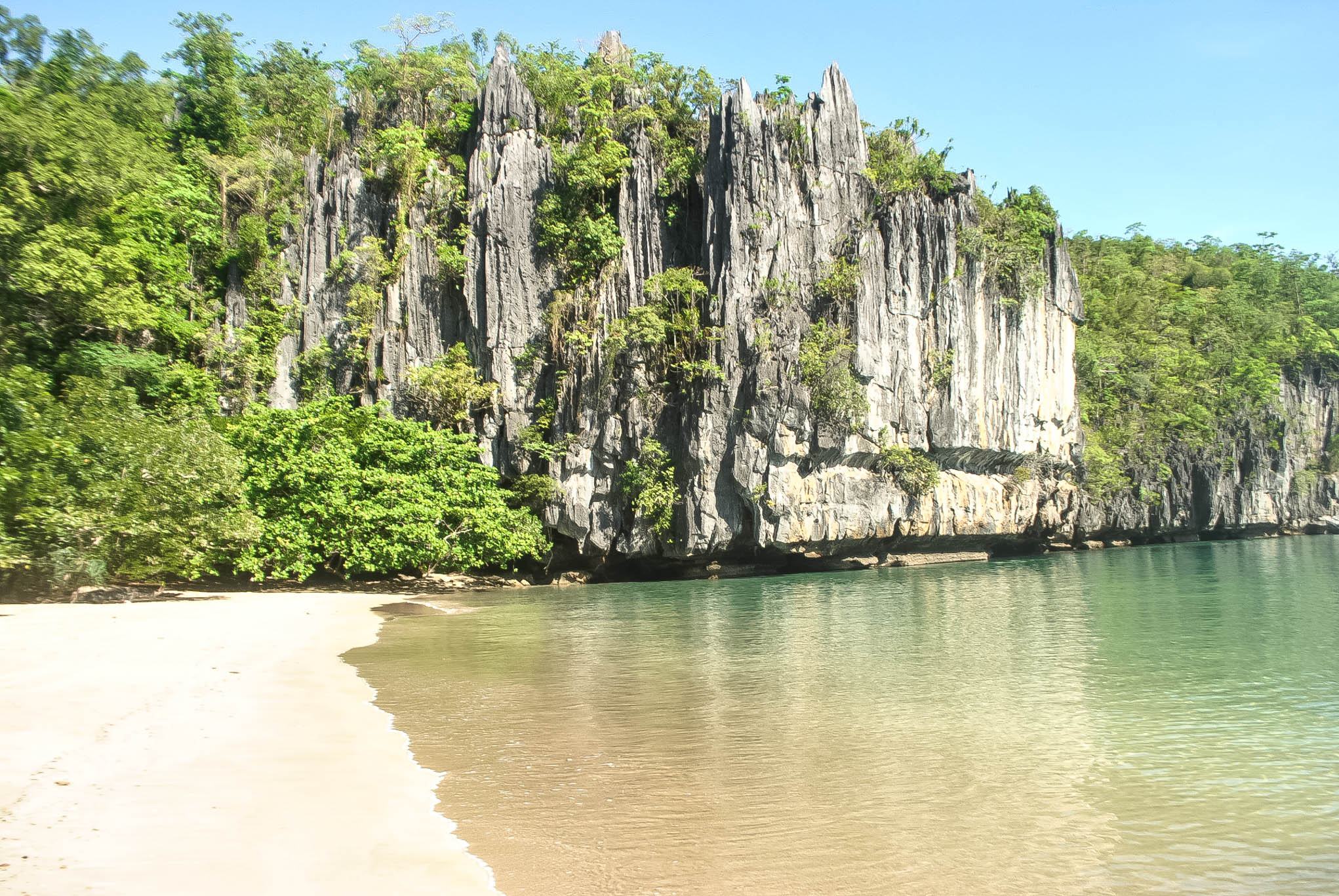 *Food not included.  Budget is good for solo traveler.  If you are traveling in a group, this could be lowered as you will share the expenses. 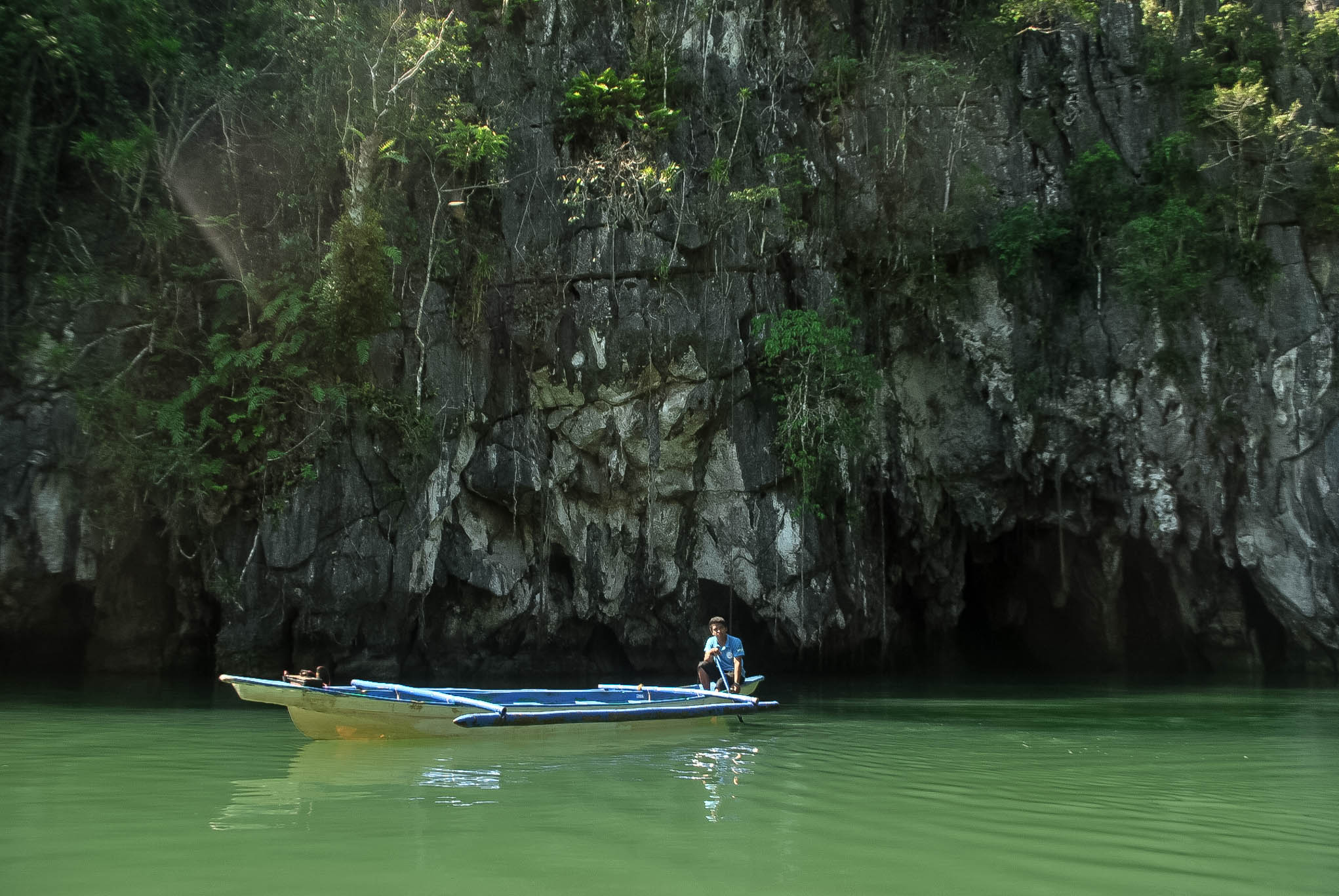 Here’s a list of possible Palawan trip expenses.   You will not encounter all of them. This is just to give you an idea of how much you will possibly spend on each activities. 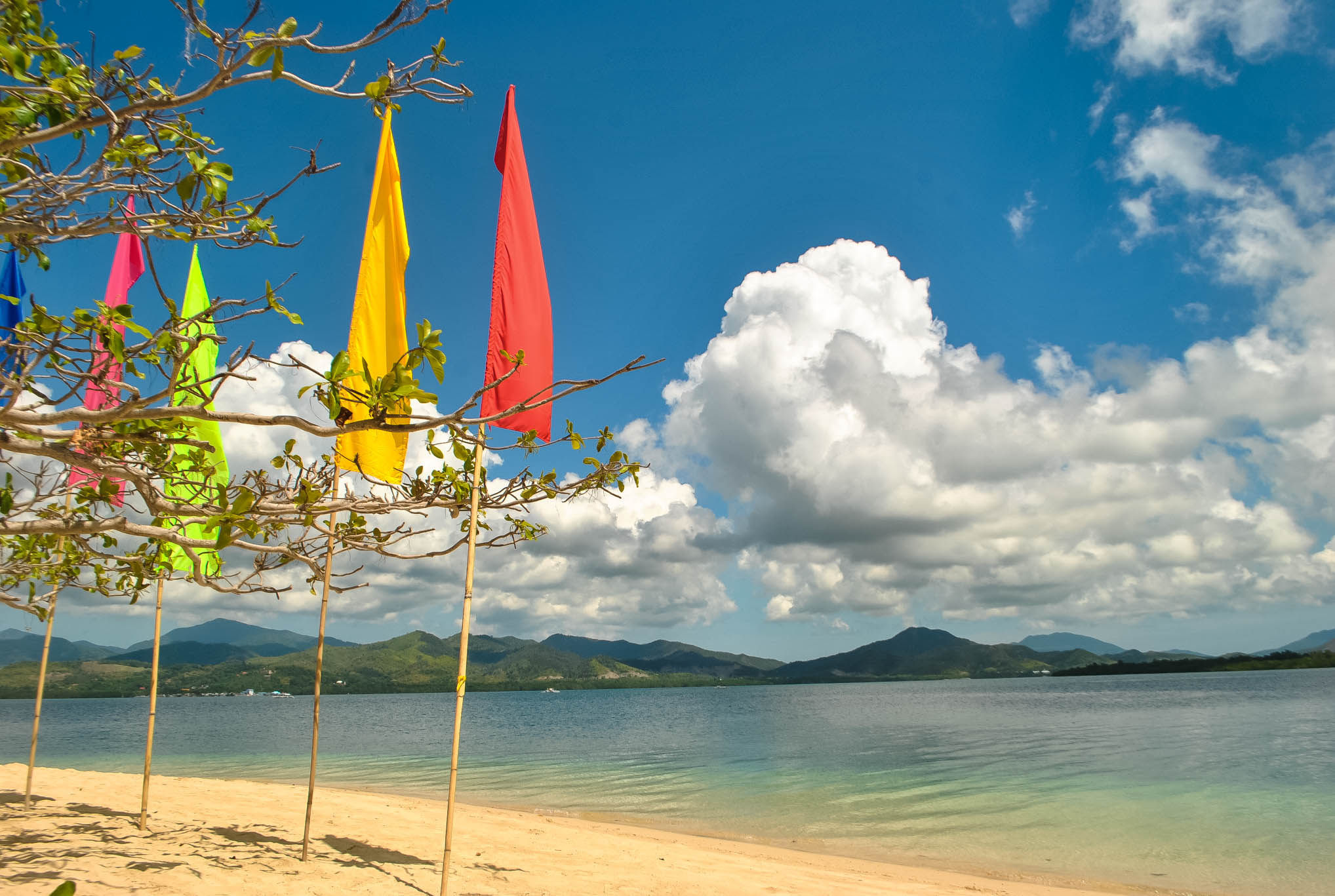 If you’re going to do a DIY Tour of Puerto Princesa’s attractions, here’s a list of entrance fees.  If you’ve booked a tour, usually entrance fees are already included in the package. 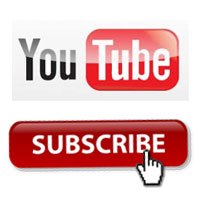