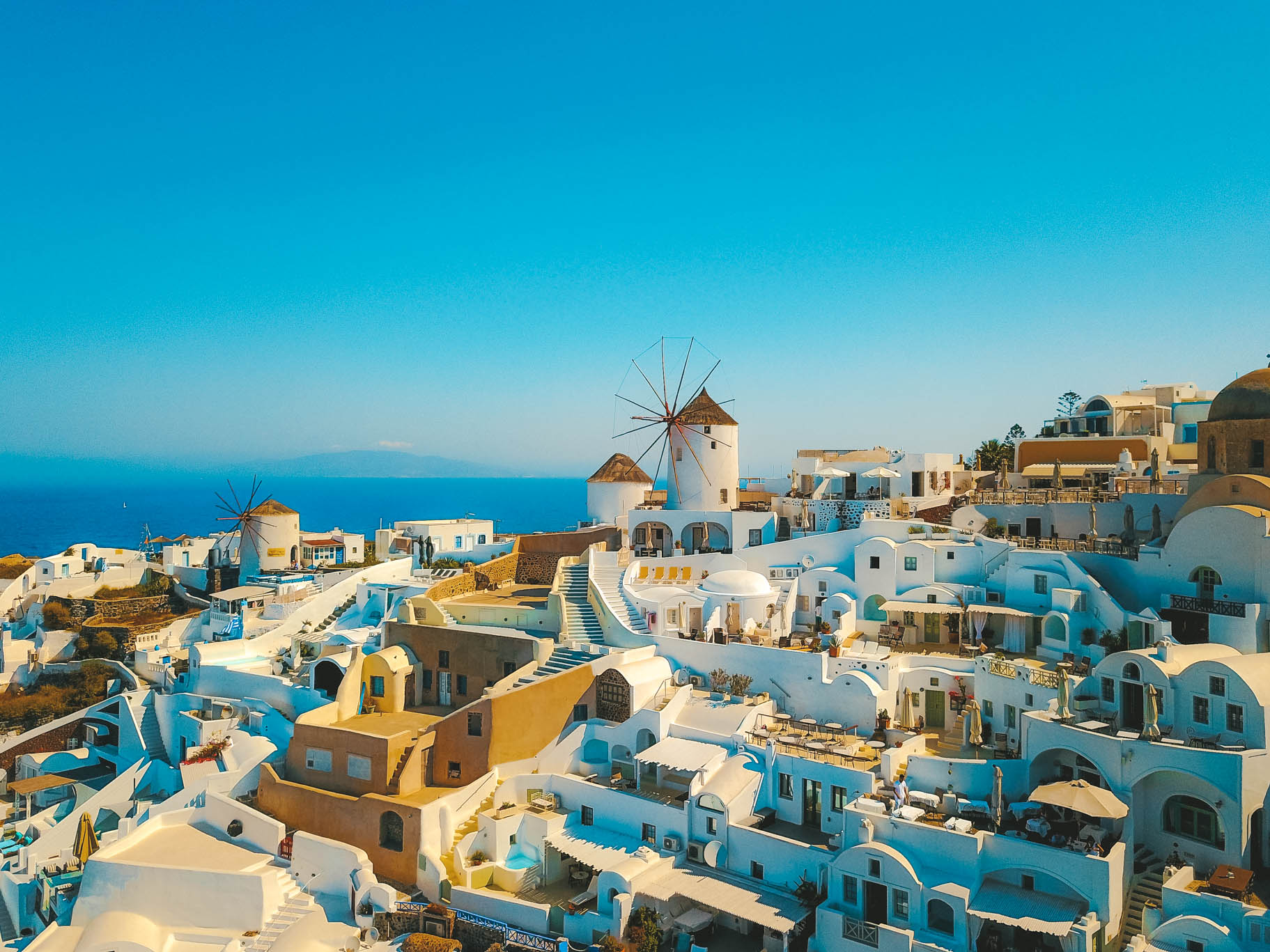 GREECE WINTER DESTINATIONS AND THINGS TO DO

There are over 5,000 islands in Greece.  The mere mention of Greece brings to mind Instagram-worthy scenes of stunning islands lapped by crystal clear, turquoise waters.  Greece rules the Mediterranean during summer. The beaches and islands of Greece especially Santorini, Mykonos, Milos and Zakynthos are all over Instagram lately. Even some friends have been posting their trips to Greece recently on Facebook.  But if Greece is peppered with islands, why in the world am I visiting during winter? 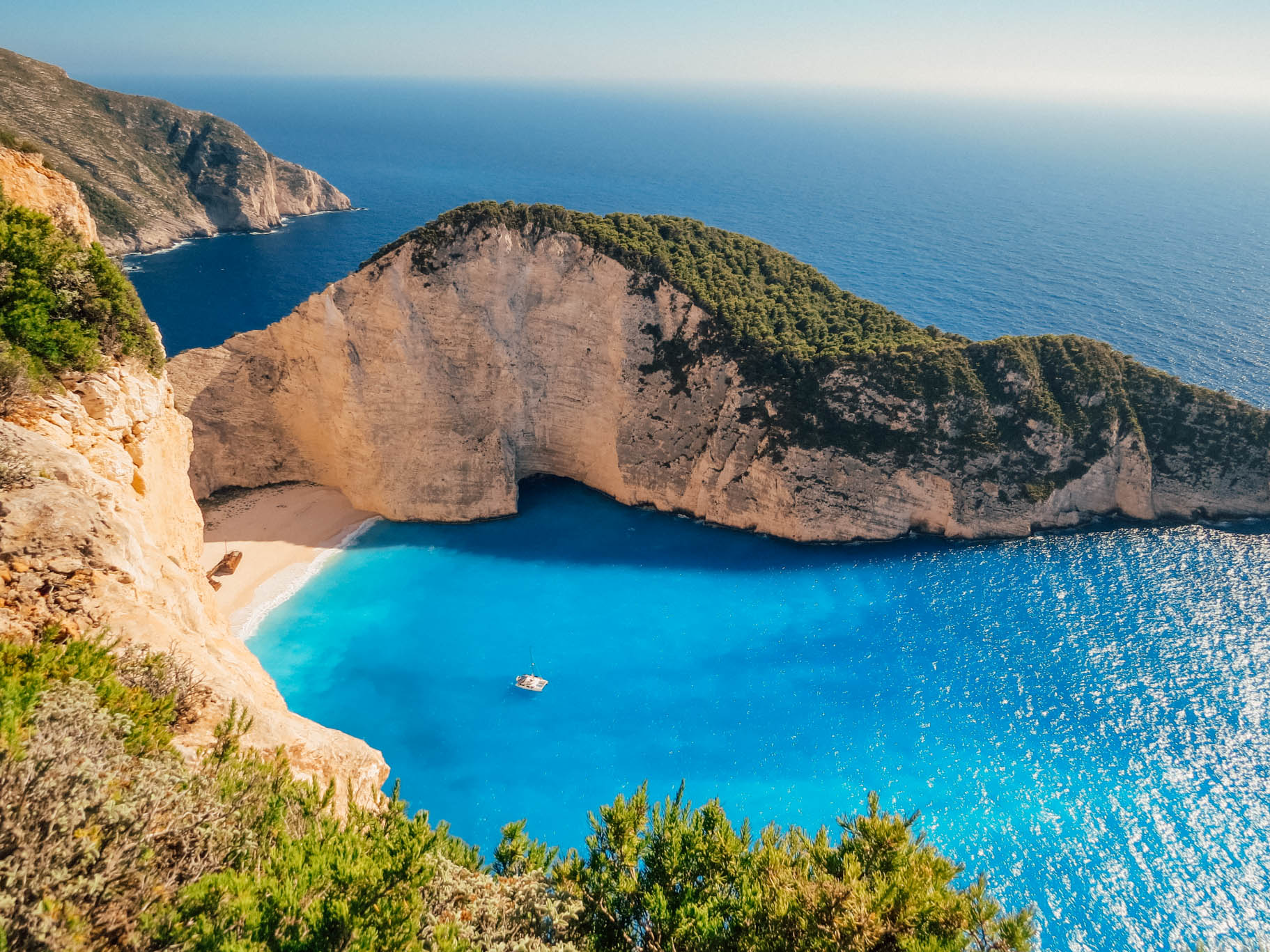 Well, why not? Personally, I like traveling during off peak season because the Greece hotels, tours and flights usually drop their prices.  So yes, I can save a lot.  Sometimes they even slash down 50% off the room rates and airfares.  But, I know I always have to be flexible with my itinerary, because activities can be dependent on the weather.  This is why researching prior to my trip is important.  So let me share to you this blog about the places to see and things to do in Greece during winter.  I researched some of the destinations listed here, while the others are recommendations from the consul during our Schengen visa interview.  I will be traveling to Europe with my travel buddy Marcos of Detourista and I do hope to add more on this list after our Greece trip. 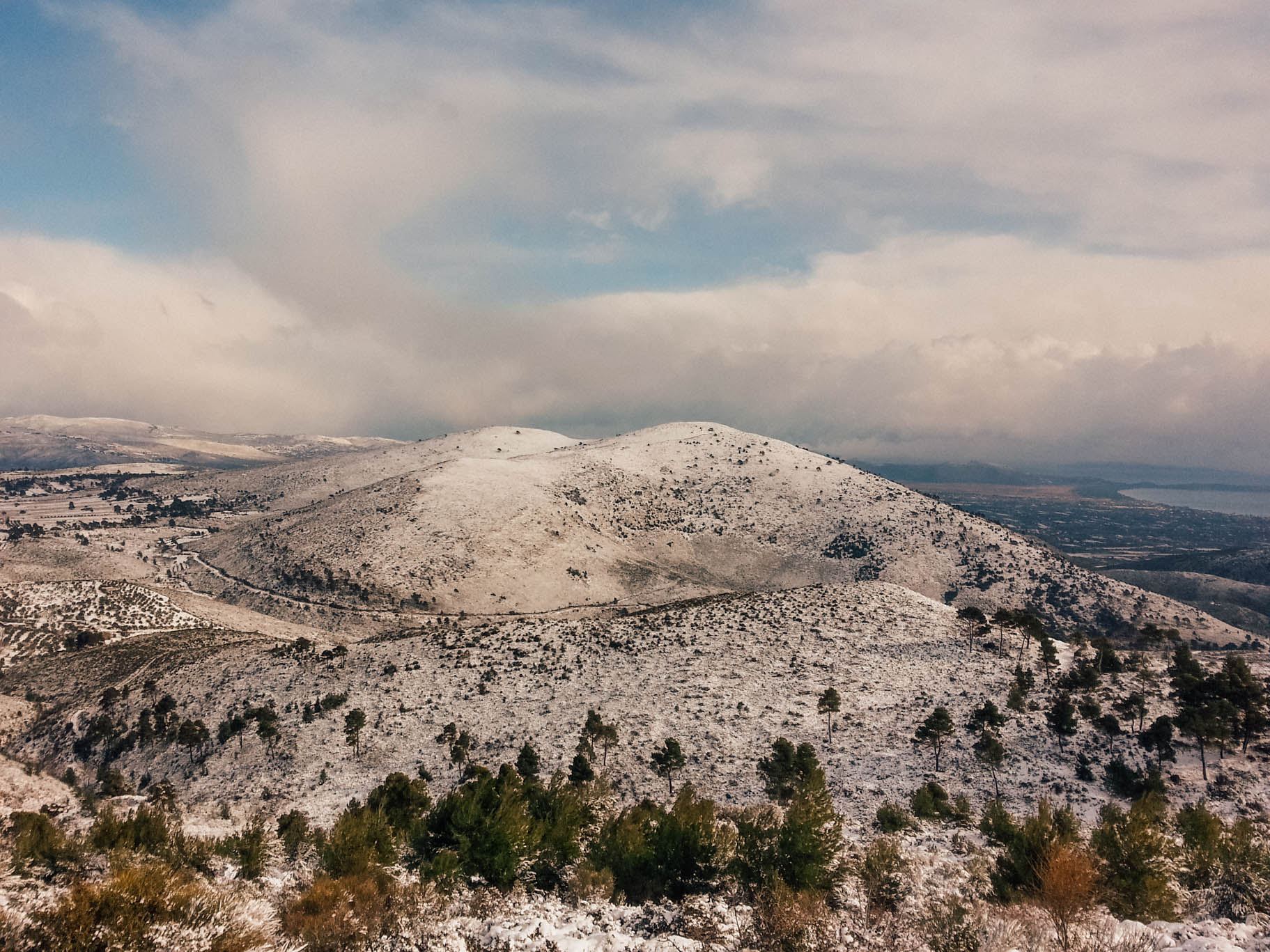 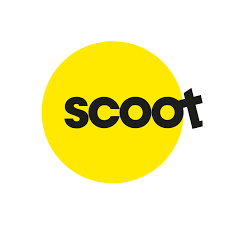 But wait, there’s more! Scoot is currently offering an attractive 2-to-go one way Economy fares from Philippines to Athens from as low as PHP 9,999 from Manila, PHP9, 999 from Clark, PHP 9,899 from Cebu and PHP9,899 from Kalibo. Promo starts now until 25 Dec 2017. For more information and to book your next flight, visit https://www.flyscoot.com 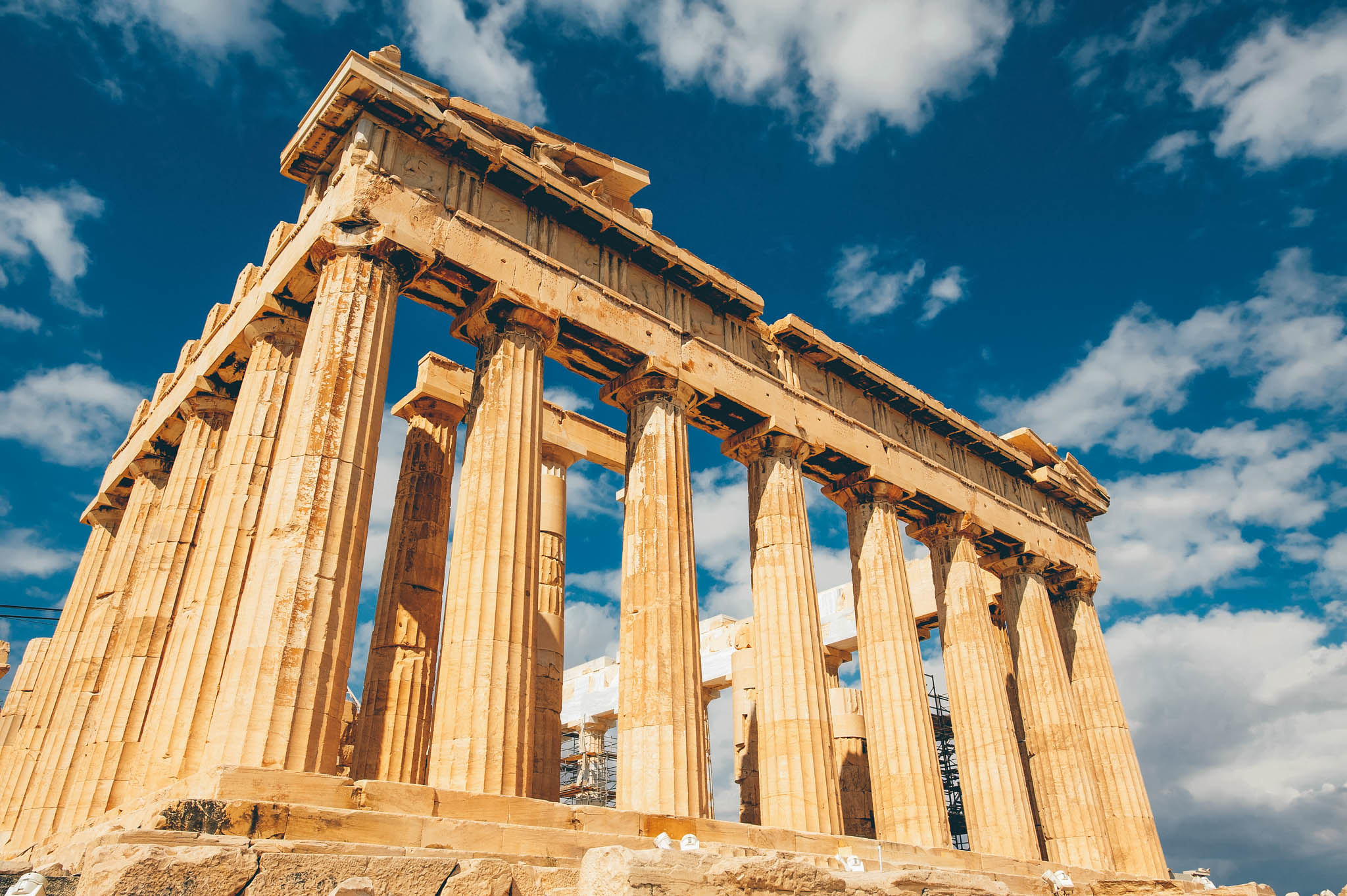 Athens is the gateway to Greece, but unlike other capitals of other countries in the world that are usually hightailed by tourists, it is a good base for first-timers in Greece.  The city is packed with interesting historical tourist attractions such as the Parthenon –  dedicated to the the Greek goddess Athena, the Panathenaic Stadium – where the first modern Olympic Games in 1896 was held, the Acropolis Museum – filled with ancient artifacts and the Acropolis, which is crowning Athens. 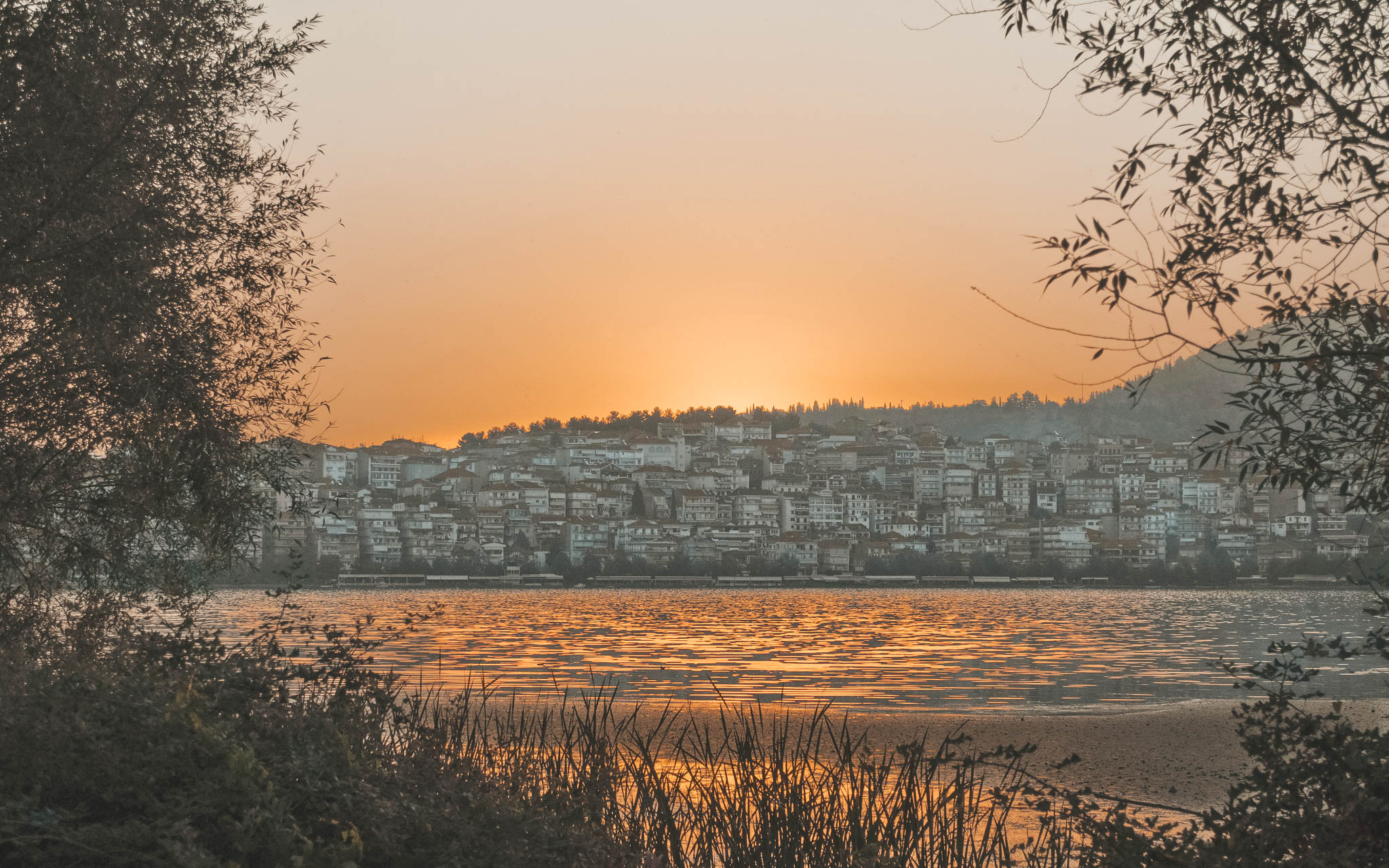 Honestly, I never heard of Kastoria until the consul mentioned it.  It’s one of her highly recommended winter destinations in Greece.  Upon consulting Google, I was blown away! Why are tourists ignoring this beautiful place? I couldn’t even find a detailed information online on how to get there.  So hopefully we’ll figure it out, and get to visit this underrated place during our Greece trip.  But to give you a brief introduction, Kastoria is one of the most popular winter destinations in Greece.  It is situated in northern Greece, part of West Macedonia.  This underrated city built on the edge of Orestiada Lake (Lake Kastoria) is packed with over 50 Byzantine churches.  Aside from church hopping, you can take a tour of the placid lake from the southernmost part to the northernmost area.   The best time to visit during winter season is from January 6 to 8. When locals donning costumes celebrate Ragoutsaria, the revival rites of God Dionysus. 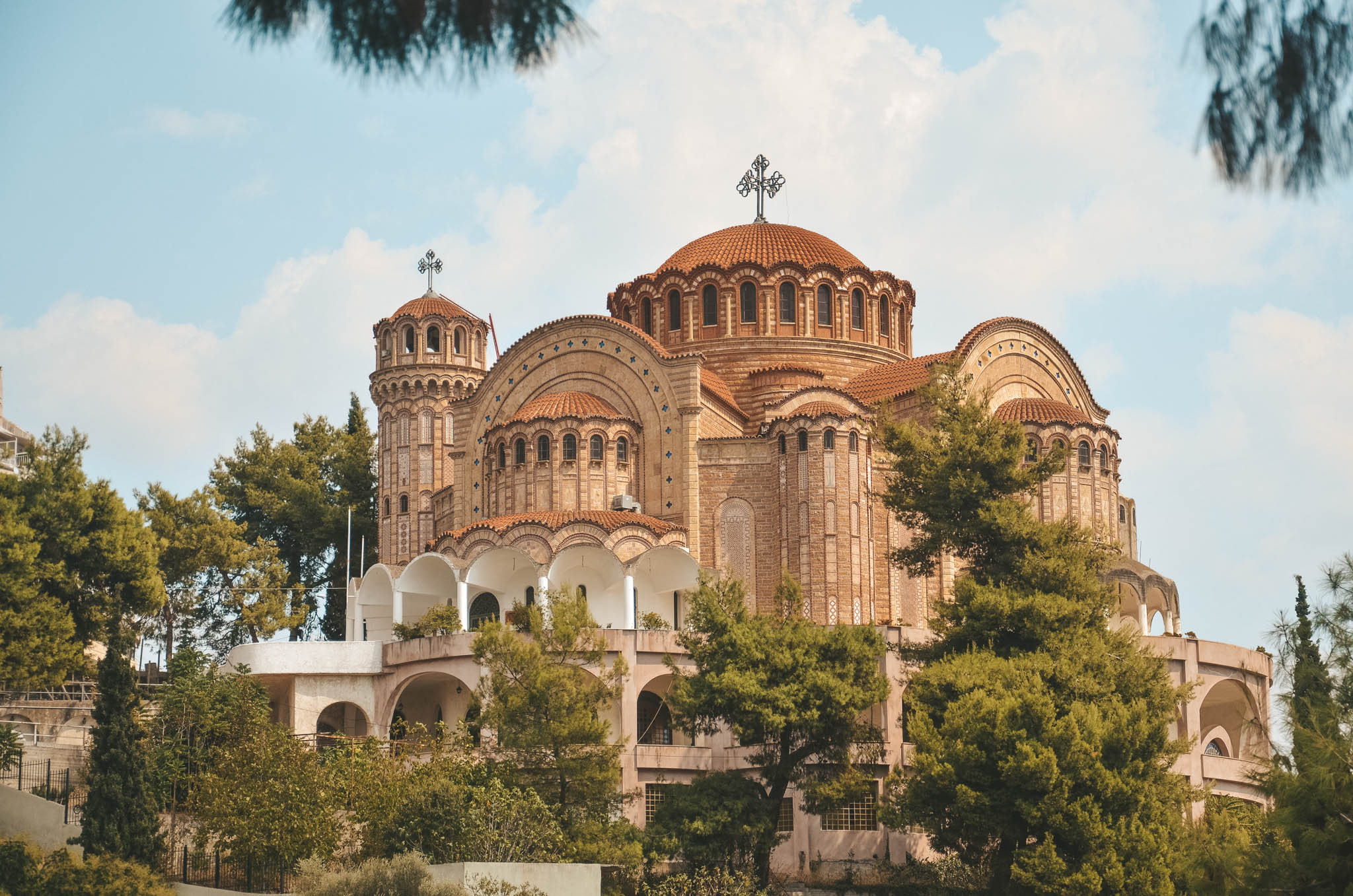 This Greek port city at the northwest corner of the Aegean Sea is dubbed as one the ideal destinations in Greece.  Thessaloniki is actually named after the mermaid Macedonian princess, half-sister of Alexander the Great. While here, don’t miss Thessaloniki’s most popular attraction – the White Tower, guarding the bustling port. Another must-see sight is the Arch of Galerius and the Rotunda that are original structures dating back to 4th century AD. Also, don’t miss the Vlatadon Monastery, one of the oldest and most important Byzantine structures in Thessaloniki. 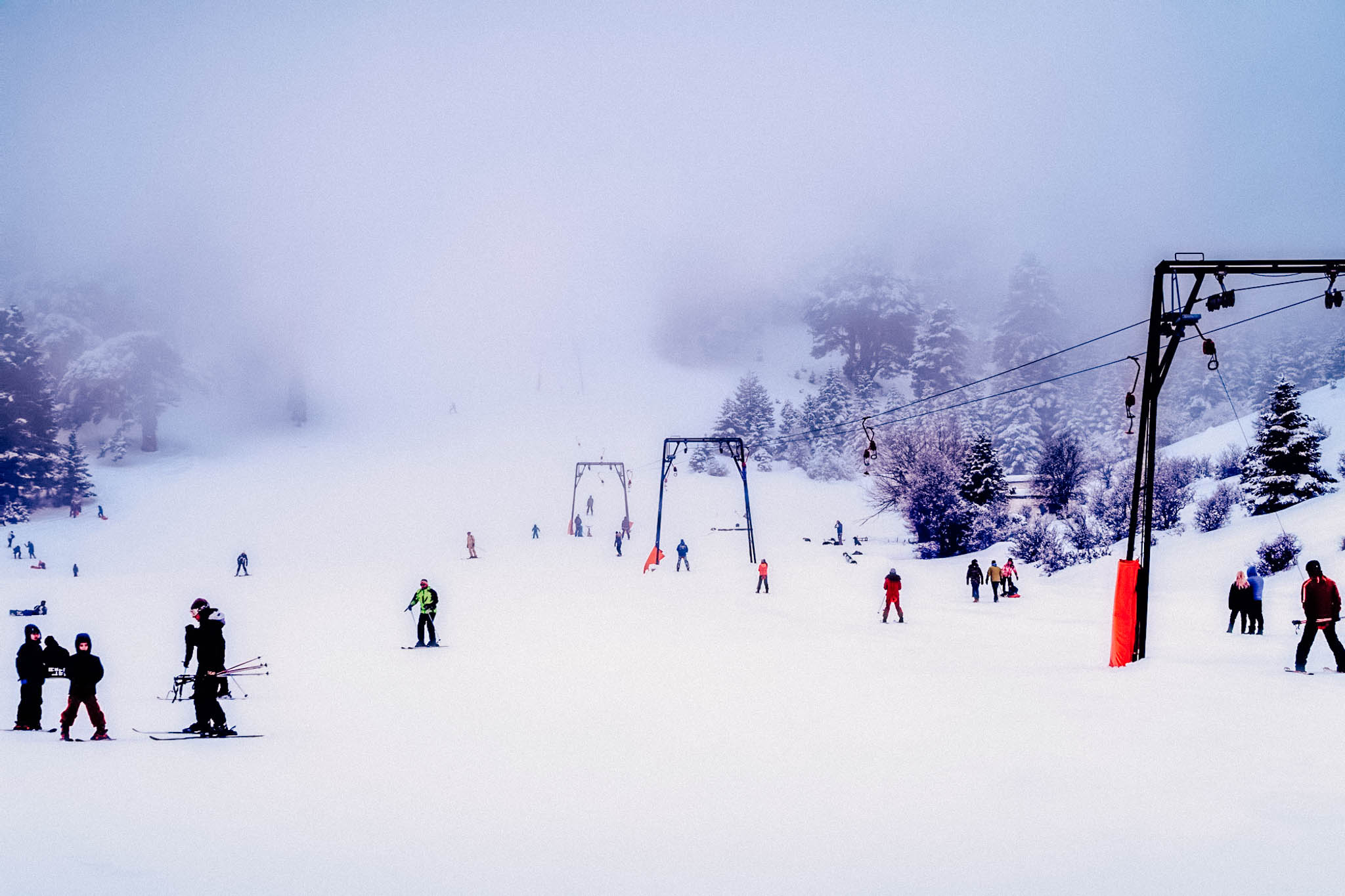 At the foot of Mt. Parnassós in Viotia, Southern Greece lies Arachova, a scenic mountain village known for its ski resorts at Kelaria, Fterolakka and Gerontovrachos.  Ripe for adventure, the highland is dotted with gorgeous mountains perfect for hiking, snowboarding, sledging and skiing during winter. You can even hike from the archaeological site of Delphi to the cave of Korykeio Andro.  But Arachova is not all about mountains, this place is also sprinkled with well-preserved Byzantine churches that will surely please history lovers. Surprisingly, despite its mountainous location, the village has a lively nightlife with heaps of clubs and bars around Arahova Street. And don’t go home without having a sip of Parnassós local wine, the red Mavroudi, which achieved Protected Designation of Origin status in 2006.

Cape Sounio in southern Greece is known as the location of Temple of Poseido, an ancient Greek Temple dedicated to the god of the sea.  Here, you can enjoy paronamic views of the Saronic Gulf and Aegean Sea. 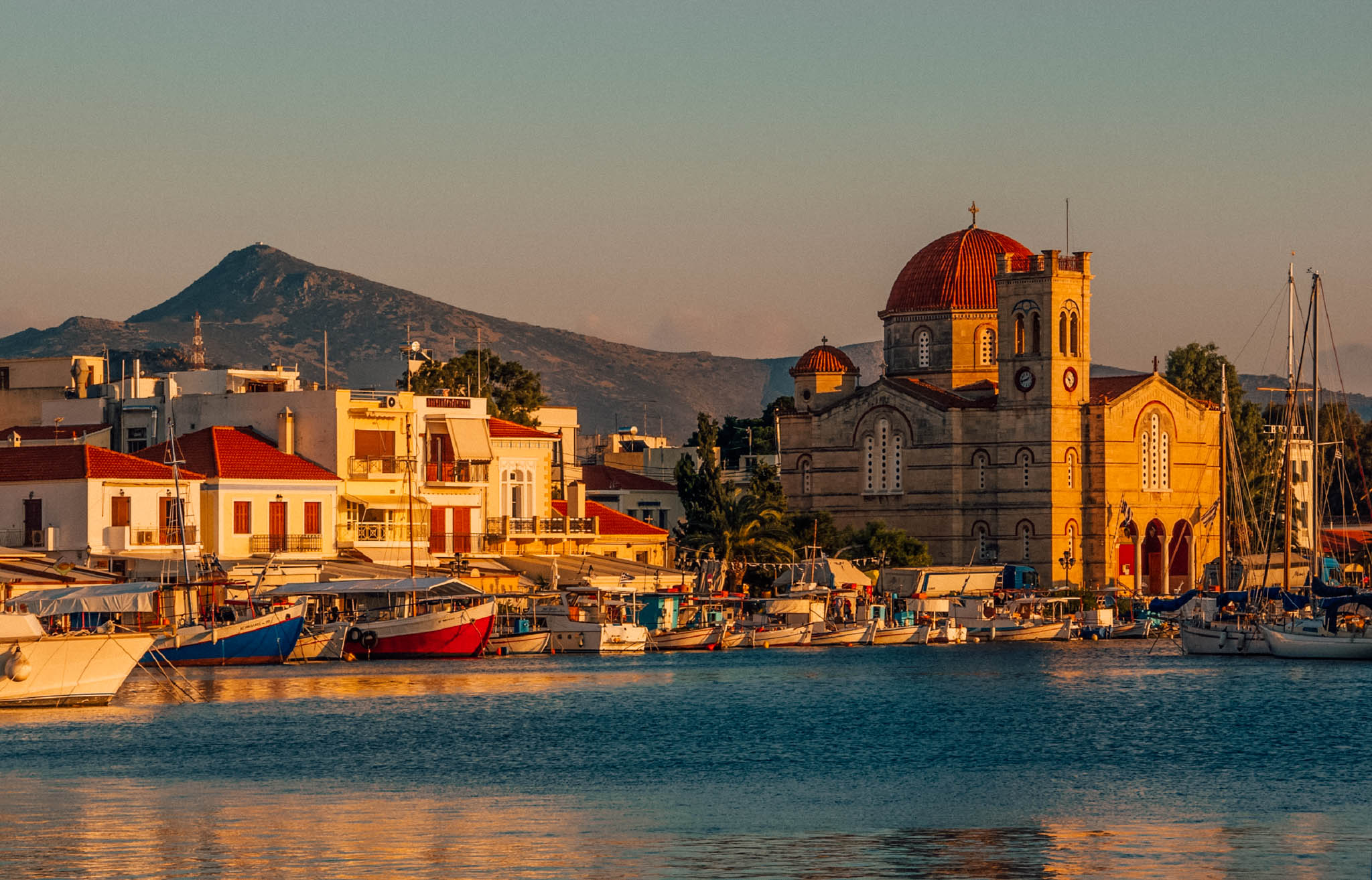 If you think island hopping in Greece is closed during winter, you are dead wrong.  Yep, even during winter, there are cruises available to the three popular islands in Greece like Poros, Hydra and Aegina.  The tour typically starts in Poros and then to Hydra Island where you can get a glimpse of the island’s architecture and dramatic landscapes. Then the cruise culminates at Aegina where you can stroll around the town and hike up Temple of Aphaia. 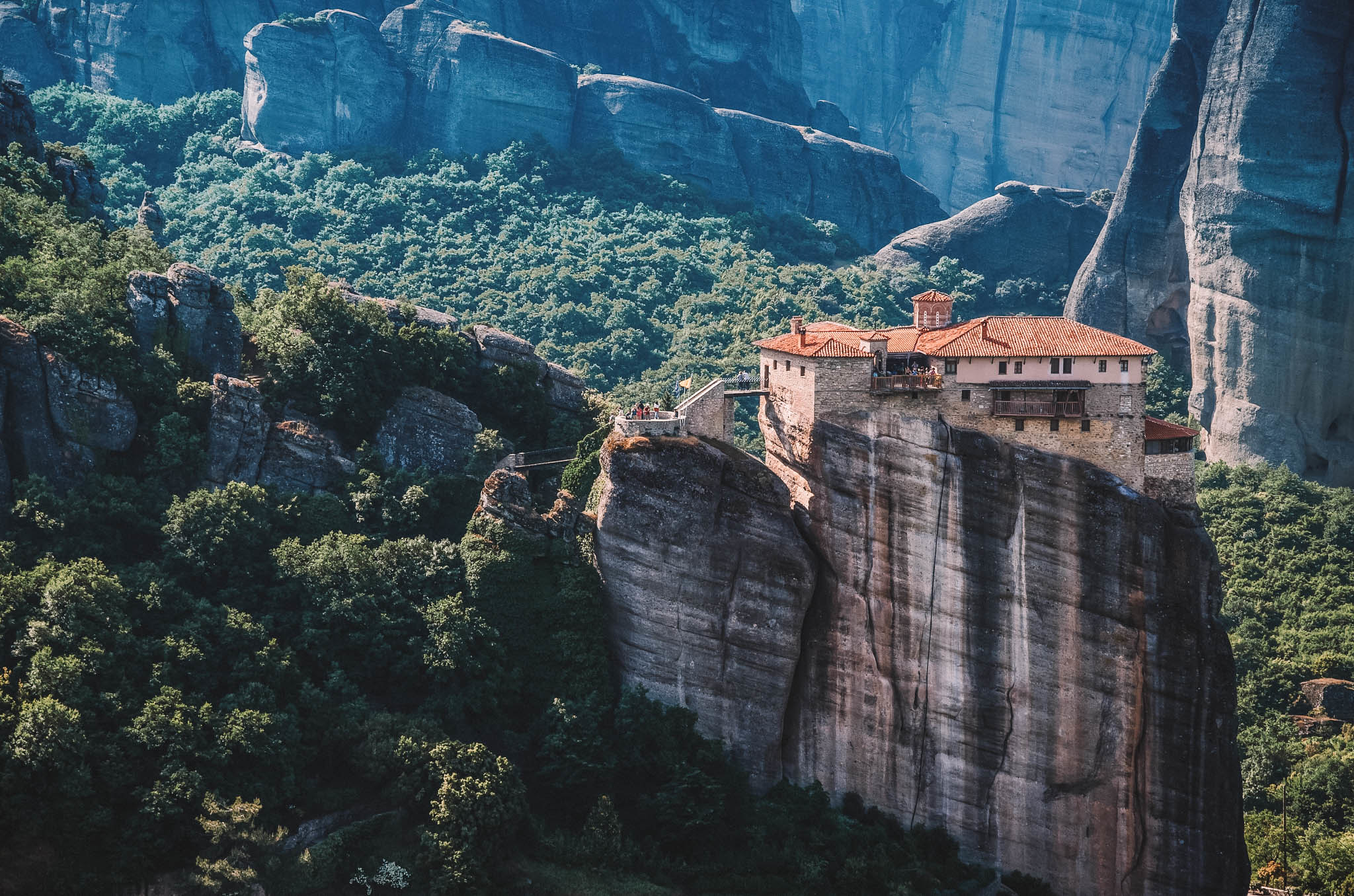 Meteora, famous for its UNESCO World Heritage Site monasteries in Easter Orthodox Christianity is located in Trikala.  What makes the iconic monasteries unique is, they are standing on sandstone boulders.  But Trikala is not all about monasteries, you’ll also be mesmerized by historical sites sprinkled here such as the Byzantine Castle built by Justin or the Old City of Trikala.  What also makes it as an ideal destination is the Christmas festivals like the Mill of Elves.  You can also enjoy skiing and snowboarding here at Pertouli Ski Center.

I remember Mycenea was often mentioned during our history class back in the days. It is dubbed as most powerful municipality of Greece in prehistoric times. Acropolis of Mycenae is a must-visit as it is the cradle of the Mycenaean civilization.   You can join organized day tours to Mycenae and Epidaurus that includes a trip to this UNESCO World Heritage Site, a visit to the Treasury of Atreus, a quick stop at Corinth Canal and a side trip to Epidaurus!

Drama is home to Oneiroupoli, a Greek Santa Claus village also dubbed as the City of Dreams.  Every December, the theme park beckons visitors to its lively square peppered with wooden houses, Santa’s house, Elves studios and house of fairytales. Entering Oneiroupoli is like visiting a fairy tale world. Drama is also home to Falakro Oros, a mountain with a sprawling ski resort. 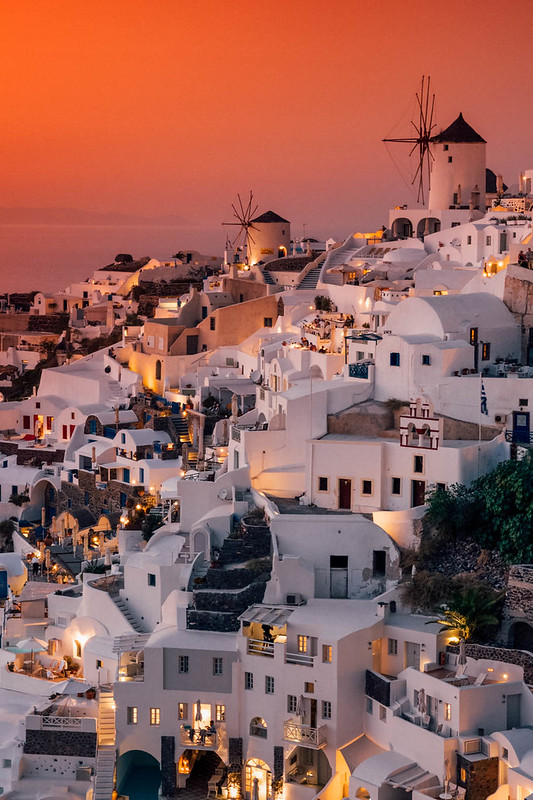 Santorini is the poster boy of Greece.  And I’m super excited to visit this crescent-shaped beauty soon.  Here, cliff dappled with white-washed houses and buildings plunge into the cerulean Aegean Sea. They say, everywhere you go, it seems like you can’t enough of the panoramic views here.  The best way to explore Santorini is by taking a leisurely walk from Fira, stroll north to Firostefani and Imerovigli along the caldera-edge pathway until you reach Oia.  Don’t miss the celebrated Santorini sunset.  You can join group tours from travel agencies like archaeology tours, winery visit and cruise that takes visitors to the volcanic islands of Nea Kameni and Palia Kameni.  Winter is also a good time to visit Santorini because of lesser crowd and hotel/resort prices drop.

The traditional tree-fringed village of Metsovo is a charming winter destination. Check out the traditional houses here with balconies, wooden doors and red tile roofs. Pay a visit to the 15th century church of Agia Paraskevi that has intricate wood-carved temple. Nearby, you can find the Tositsa mansion that houses the Folk Art Museum and Metsovo’s folk 18th century history. Meanwhile, you can find a plethora of artworks by Greek artists at the Averoff Museum of Neohellenic Art. Do visit the Averofeios Garden home to Pindos, an endemic tree. Stroll along the 11th century cobblestone alleys where 2 age-old monasteries stood the test of time. 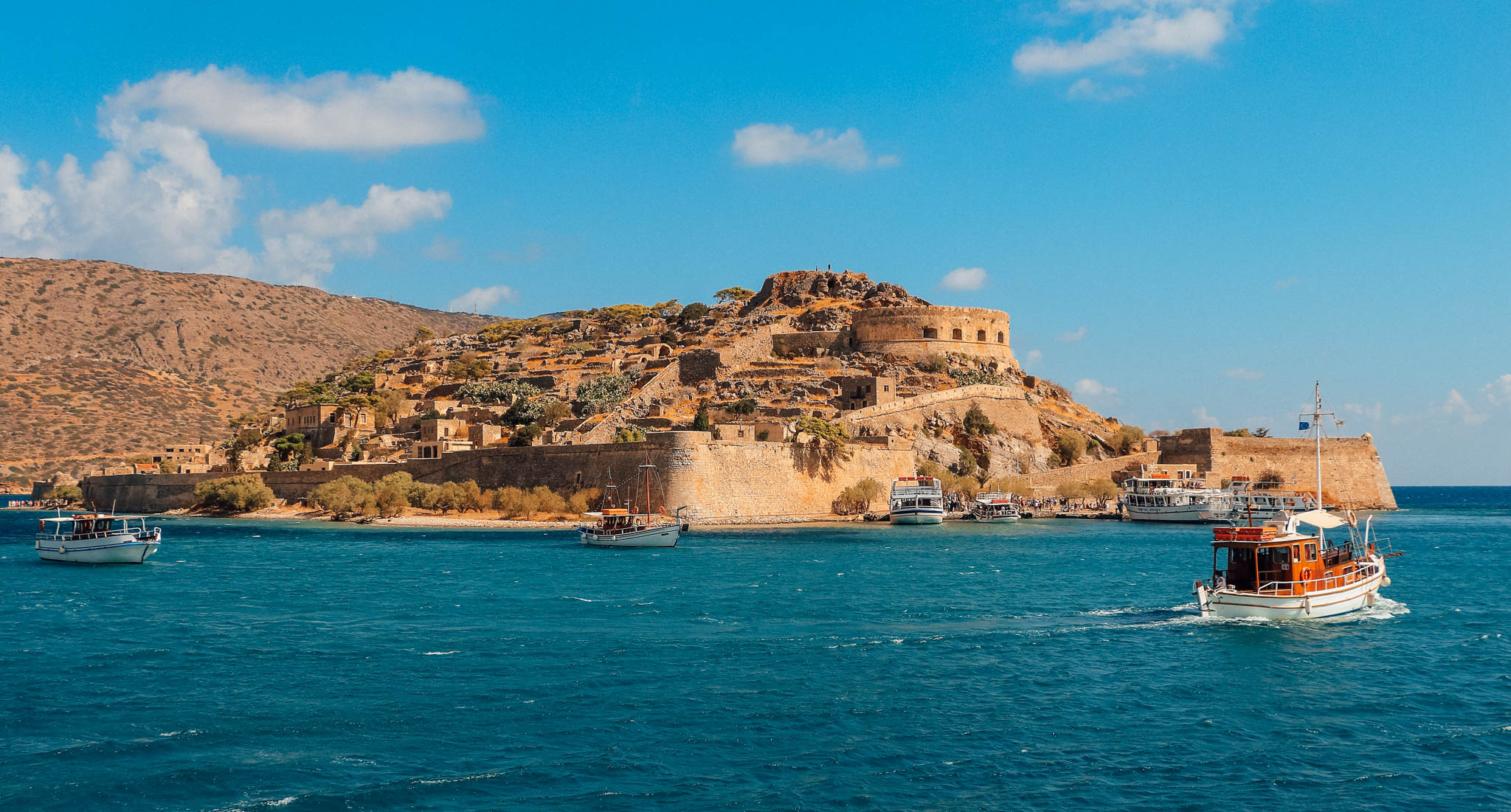 Crete is the largest island in Greece and one of the most beautiful. It is best known for its dreamy mountain villages, scenic beaches, rugged mountains and distinct cultural identity. It is so massive that requires intensive itinerary planning.

Corfu (also Kerkyra) is an island situated in Ionian Sea, considered by many tourists as the most beautiful island in Greece.  It is speckled with cypress-studded hills, whitewashed houses, and Byzantine churches, ruins of Venetian fortresses and Greek temples and sandy coves hugged by cobalt-blue waters. While here, explore Corfu’s Old Town with narrow lanes fringed by Venetian buildings. Some of the key sights in Corfu include Palaio Frourio, Palace of St. Michael and St. George, Mon Repos Estate and the Church of Agios Spyridon.

WHERE TO STAY IN GREECE

HOW TO APPLY FOR A GREECE VISA FOR FILIPINO