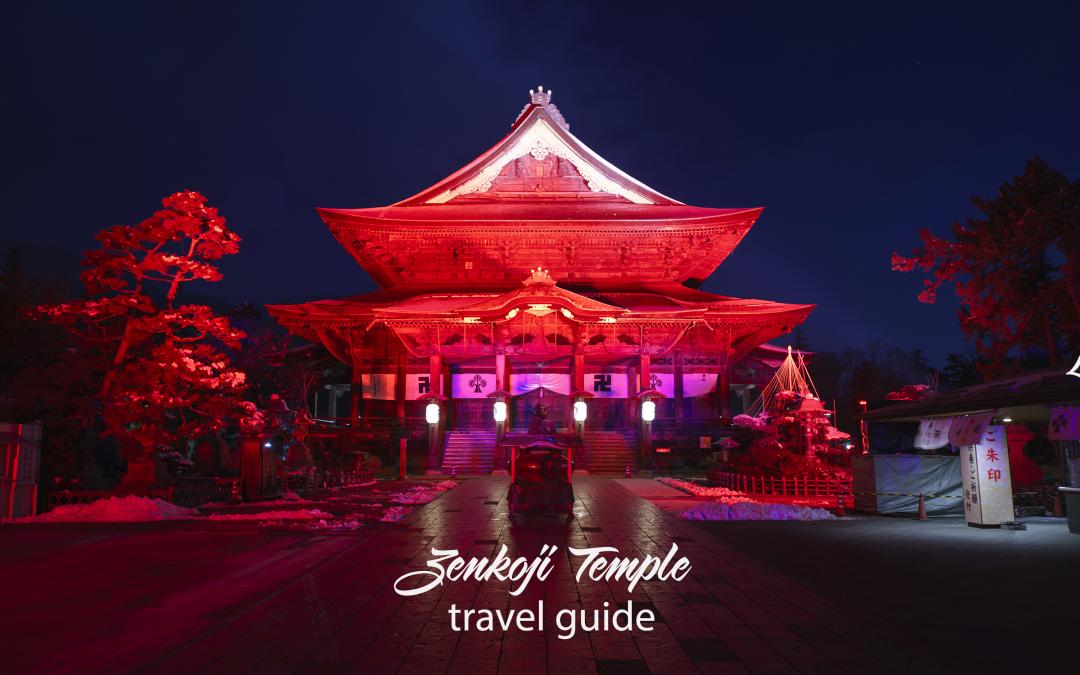 While Buddha was born in India (which is now southern Nepal) in 563 BC, he traveled extensively, spreading his teachings to his disciples. His life stories and teachings having influenced millions of people in Asia, including Japan. Enshrined in Zenkoji Temple in Nagano, Japan is the first Buddha image that arrived in the country, a statue of Amida Buddha (Ikkozanzon Amitabha) that was carved in India and brought to Japan via Korea.

It is believed that Buddhism reached Japan sometime in A.D 538 through Korea. Based on anecdotes, the Emperor Seong of Baekje of the Korean Kingdom sent gifts such as sutras, ornaments, and a Buddha image to Emperor Kinmei of Japan.  The latter was a great patron of Buddhism in Korea. 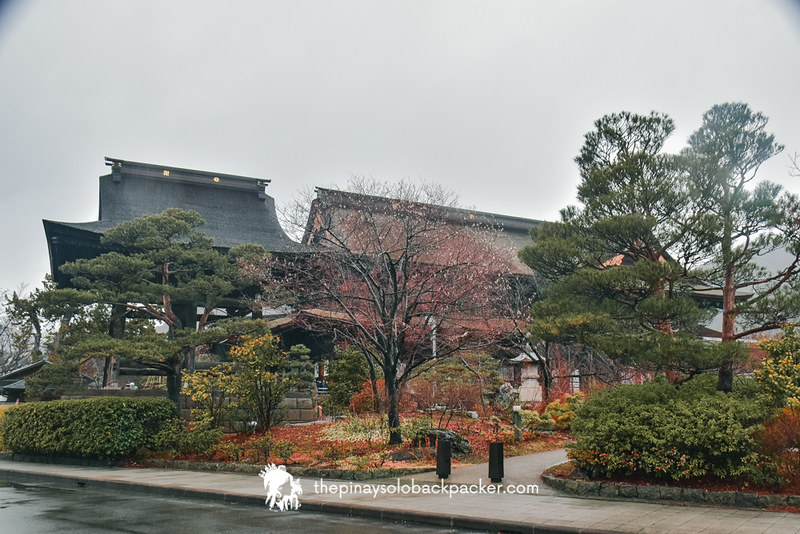 Apparently, this new belief system wasn’t warmly welcomed in Japan, it created political conflict between the Soga clan who support Buddhism and Mononobe clan who oppose it, because they believed that Japan already  has the traditional Shinto religion so there’s no need for a new belief system. The Buddha image was thrown into Horie Pond in Osaka, but  it was rescued by Honda Yoshimitsu, a local from Shinano (the former name of Nagano).  He brought the image with him and founded Zenkoji in 642 to house the Buddha image. 12 years later, they decided to hide the image, thus becoming what is now known as hibutsu (secret Buddha). It is said that no one, not even the high priest of Zenkoji has seen the image. The last time it was seen was back in 1720 when the shoguns ordered a priest to confirm its existence. The Buddha is said to be wrapped in white cloth and hidden in a casket behind the main altar of the temple. Only a replica of the image (Maedachi Honzon) is shown to the public every 6 years during a ceremony known as Gokaicho every spring.

When Prince Regent Shotuko became the regent to Empress Suiko, he declared Buddhism as the official religion because he considered it is the only religion that can unify Japan. For him, it presented both logical and moral benefits as well as refined cultural practices that would eventually transform the Japanese way of life. He issued a Constitution supporting Buddhist principles and ordered the construction of Buddhist temples. The Zenkoji Temples around Japan took inspiration from Zenkoji Temple in Nagano. 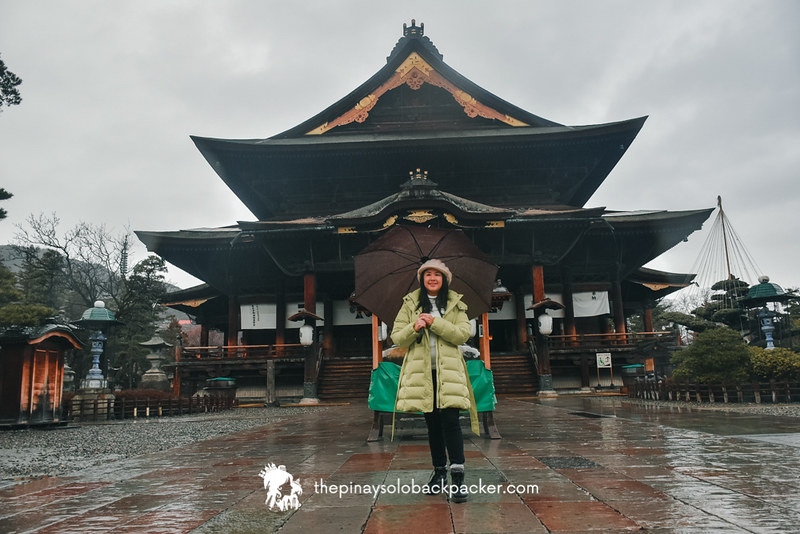 Today, Buddhism, is one of the major religions in Japan. And Zenkoji Temple is one of the most important and highly-revered pilgrimage sites in the country.  In fact, it is said that Japanese are told to visit it at least once in their lifetime.

Outside Sanmon Gate, the main gate of Zenkoji Temple are 6 statues of Jizo (Ksitigarbha in Sanskrit). Jizos are bodhisattvas of the earth, considered as protector of travelers and children, and rescuers of miscarriage children and souls in hell.  The bodhisattva statues found in Zenkoji Temple are rescuers of the souls in 6 realms – hell, purgatory of animal passion, purgatory of hunger, human realm, Asura realm, and the heaveny realm. 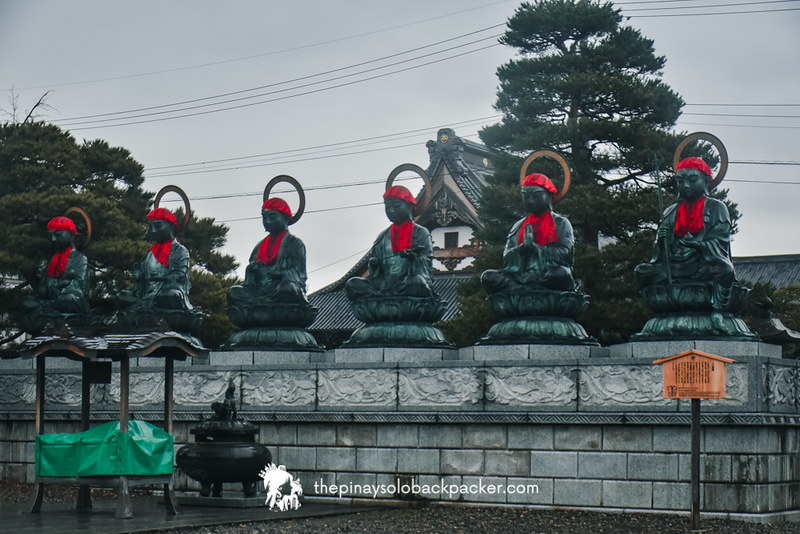 The Sanmon Gate has the 4 heavenly kings or Shitenno, while the  outer gate called Niomon Gate is protected by a pair of Nio Guardians.

The Zenkoji Temple complex itself houses several historical buildings, arranged from North to South in a straight-lined manner so that the visitors can see all the buildings there in this order. There’s an admission fee of ¥500 – PHP 233 ($4, SGD 6, MYR 19) if you want to enter the inner chamber, the underground passage, and the History Museum. 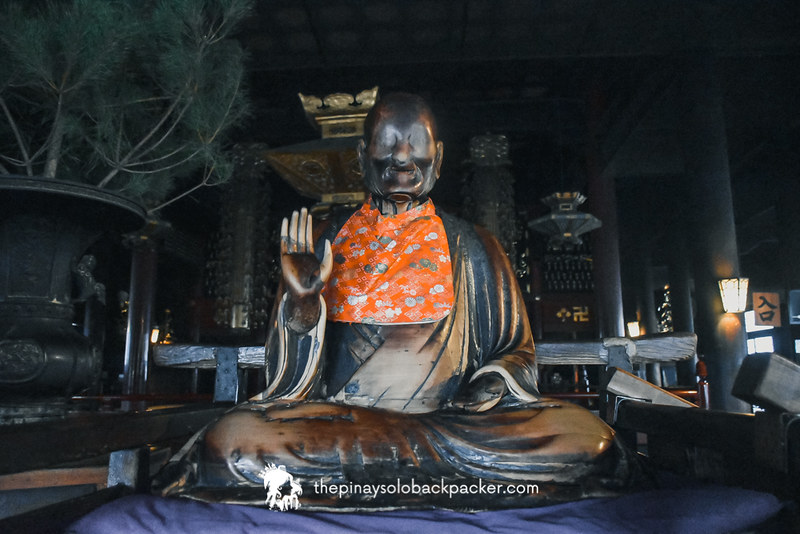 Upon entering Zenkoji Temple, probably the first image that you’ll notice is the statue of Binzuru,  a Buddhist doctor.  It is said that if you rub the image, it will cure your ailments. Continue walking inside the temple, and you will reach the inner chamber where gigantic Buddha images are displayed. Behind it is where the secret Buddha is enshrined.

Interestingly, from the inner prayer chamber there’s a narrow stairway that leads to an utterly pitch-dark corridor.  Walk slowly while touching the wall on the right side to guide you until you touch a metal key hanging on the wall that is believed to bring enlightenment and cleanse the worshipper from their sins.  The metal key is said to embody the key to the paradise of the secret Buddha. I actually loved this part, since I kind of felt the experience, and touching the metal key really feels like I’ve actually been purified.

But did you know Zenkoji Temple’s significance extends beyond belief system? This is where the temple town of Nagano was founded. In fact, the small, cobbled street in Motozen-machi that run parallel to the main temple is still fringed with temple lodges, restaurants, and shops to date. 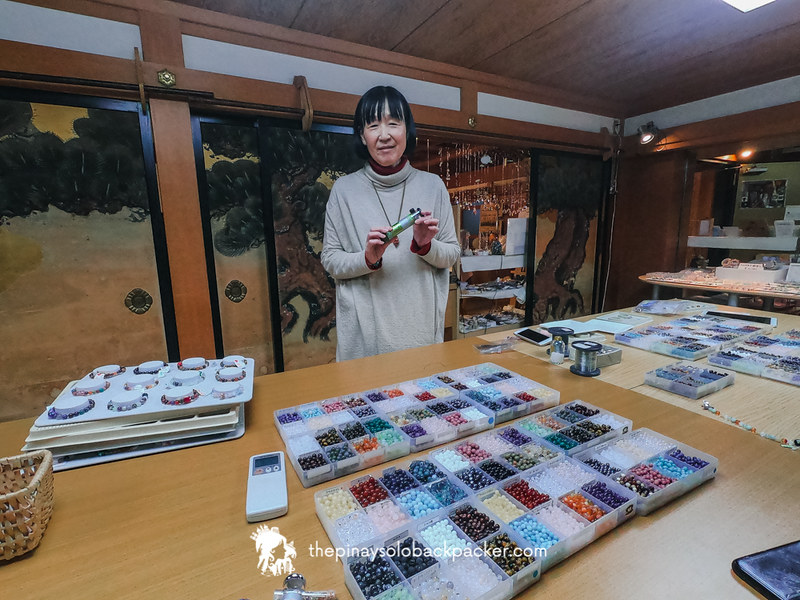 While you are in Motozen-machi  just outside Zenkoji Temple, I highly recommend visiting the Byakurenbo Temple Lodge.  Here you’ll find Gallery Ren on the 1st floor where visitors can make handmade accessories, glasswork, and kaleidoscopes made from precious stones. I love this place as it reminds me of my old hobby – making accessories.  I used to make accessories and jewelries and sell them our office, bazaars, and online (Hello Multiply days! haha).  Anyway, I chose to make the premium kaleidoscopes made from precious stones, flowers, and oil.  I liked the finished product because it’s like my stress-reliever whenever I peek at it. 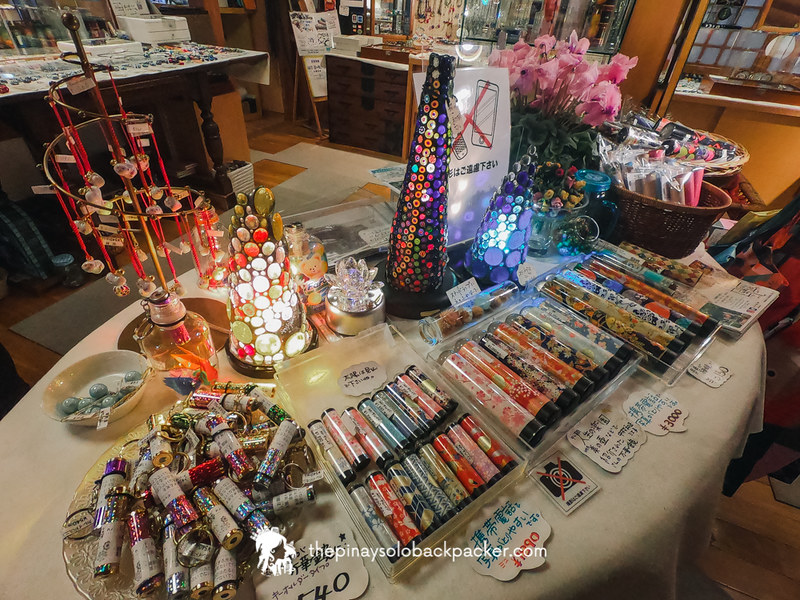 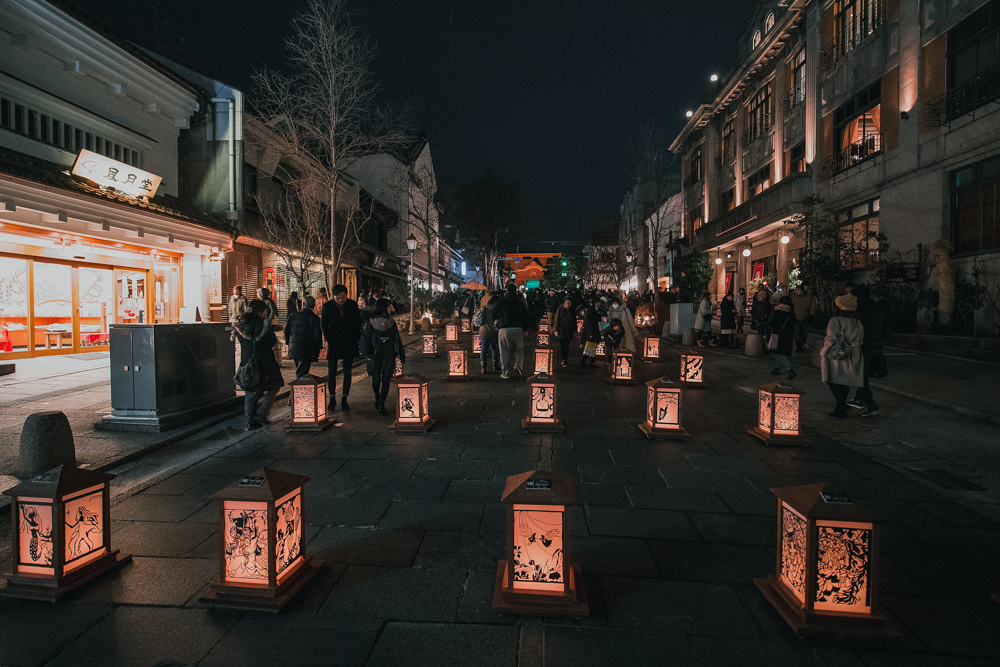 Before sunrise until 4:00 PM (Temple)

HOW TO GET TO ZENKOJI TEMPLE 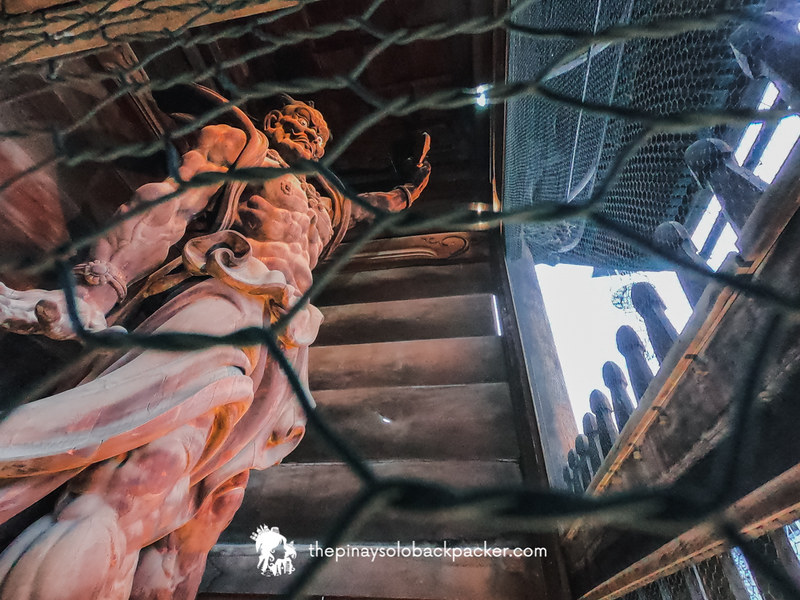 1.From Tokyo Station, take a shinkansen to Kanazawa.

5. Walk to Zenkoji Temple for about 10 minutes.

WHERE TO STAY IN ZENKOJI TEMPLE, NAGANO

There are several hotels in Nagano for all types of budget, but I recommend staying near Nagano Station for convenience. We stayed at Hotel Metropolitan Nagano that is connected to Nagano Station, so it’s pretty convenient as it is beside the train station, the bus terminal, restaurants, and the shopping district (including Don Quijote just across the hotel).

The room I stayed in at Hotel Metropolitan Nagano is pretty spacious for a Japanese hotel, and the bed is super comfortable. I also like the view of the railway and the city center. They also provide a mobile phone with FREE internet access, local calls, and map service (GPS). 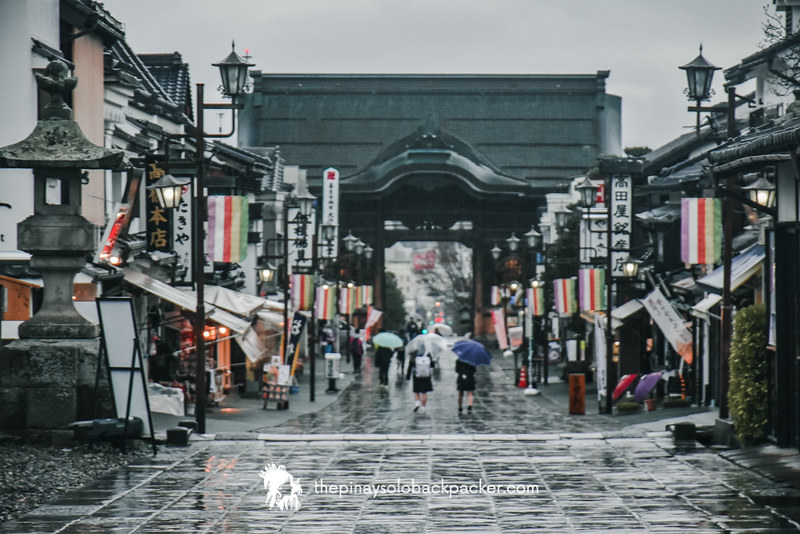 DISCLOSURE: My Nagano trip was made possible by Nagano Tourism.