San Sebastian Church: A Basilica that Will Leave You in Awe

San Sebastian Church, Quiapo, Manila – The capital of the Philippines – Manila, is often regarded as mundane. Most tourists would get cheap flights to Manila, and leave in a hurry to seek for beautiful white sand beaches that abounds in the Philippines’ 7,107 islands. Despite its blemished image, Manila has some of the most splendid historical buildings, forts and churches to flaunt that’s been forgotten by its visitors as well as its residents. Admittedly, I am guilty of taking Manila for granted that is why I’m starting to explore not just the metro but the greater Manila in the hope of  showcasing its positive side. Every place I believe has a treasure, despite their negative reputation. 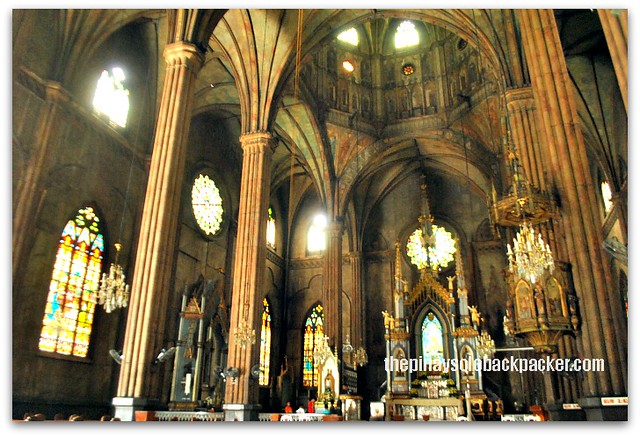 San Sebastian Church (Basilica Minore de San Sebastian) which is concealed in in Quiapo, Manila is reputed to be one of the most fascinating churches in the country.  It is admired for its Gothic inspired architecture and being the only steel church in Asia. It was only when my brother accompanied me to Mendiola that I was able to visit this Basilica. The façade is painted in light blue with towering aspires, while the inside which is mostly in shades of brown has steel columns, and groined vaults. It has majestic murals on top of the dome with images of saints and majestic stained glass windows. The pulpits, altar and retablos are also reflective of Gothic architecture. 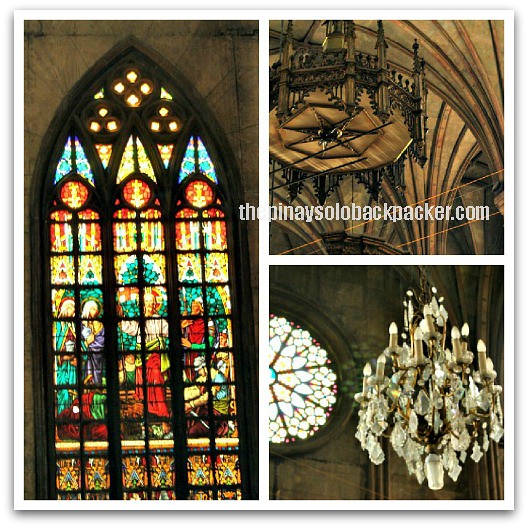 It’s been said that San Sebastian church is made of prefabricated steels that were constructed in Belgium and shipped back to the Philippines.  The stained glass windows on the other hand were ordered from Germany. Unconfirmed reports also state that Gustave Eiffel who designed the Eiffel Tower and the statues of Liberty may have designed the San Sebastian Church. In 1973, it was declared as National Historical Landmark. 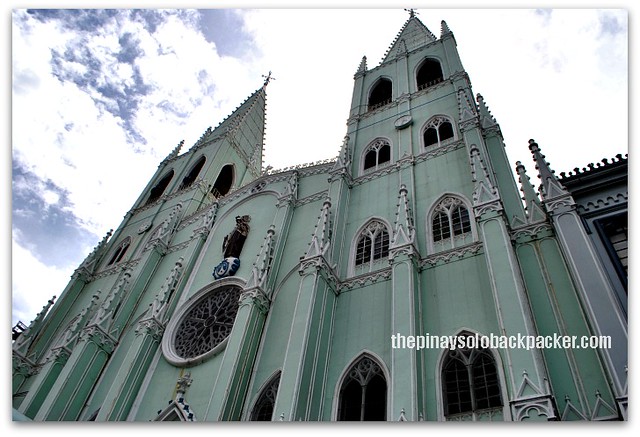 How to get to San Sebastian Church:

If you’re boarding the LRT 1, get off at Doroteo Jose station. Ride a jeep bound to Sta. Mesa in Recto. Then alight before the crossing reaching Mendiola and walk towards Ayala Bridge. Turn right before San Rafael Street and you should immediately see a light blue gothic church.

From Quiapo, ride a jeep bound to Sta. Mesa and follow the above instructions.

Alternatively, you may get off at LRT 1 Central station.  Then ride a jeep bound  to San Sebastian where you will be dropped off in front of the church.  As around for jeep with the signboard San Miguel-Quiapo (Thanks to Noel for this info).