Here’s a travel guide to help you plan your trip to Sorsogon’s best beaches: Subic beach and Tikling Island is located on Matnog.

*Kuya Eddie is now a Brgy. Kagawad in Camcaman, Matnog, Sorsogon and the president of the Boat Operators in Matnog. 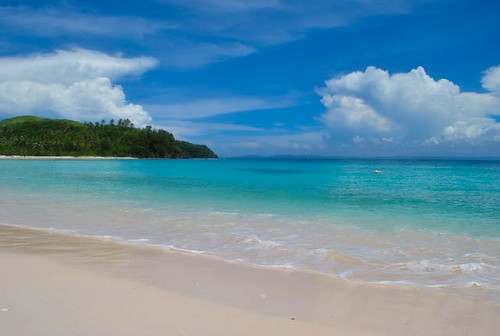 The postcard-worthy Subic Beach in Matnog.

HOW TO GET TO SUBIC BEACH, TIKLING ISLAND IN MATNOG

HOW TO GET TO MATNOG FROM MANILA

If you miss the bus to Matnog, you can take a bus en route to Samar (Catbalogan,etc), Tacloban or Davao.  It will stop at Matnog pier before boarding the ferry.  Otherwise, take a bus bound for Sorsogon or Legazpi and follow the instructions below. 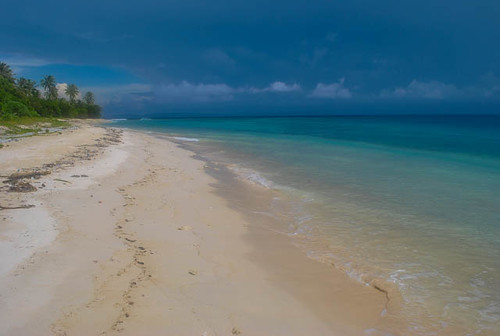 From Legazpi to Matnog

If coming from Legazpi Airport, take a tricycle to the terminal of Daraga-Matnog buses, trike fare is about Php 50-Php 80. Travel time to Matnog is about 4 hours. Fare is Php 170 for ordinary bus. Now for your return trip to Legazpi, at Matnog town, ask around for buses which will pass by Daraga. You will get off at a gas station and then catch a jeep bound for Legazpi, fare is Php 8.

At Legazpi Bus Terminal, look for a bus en route to Bulan. Tell the driver or conductor you are getting off at Trece (landmark is the Lion Clubs monument with a lion’s head, this is the intersection between Bulan and Matnog). This is about 20-30 minutes from Irosin, so if you hear the conductor shouts Irosin. Prepare your things and remind the driver you are alighting at Trece).

From Trece, cross to the other side and wait for a jeep bound for Matnog. Fare is Php 20. Alternatively, if you are in groups, you can just charter a tricycle to Matnog town for Php 150.  If you are alone and there are other passengers also bound for Matnog, you can join them for Php 25 per head or charter the tricycle for Php 150. 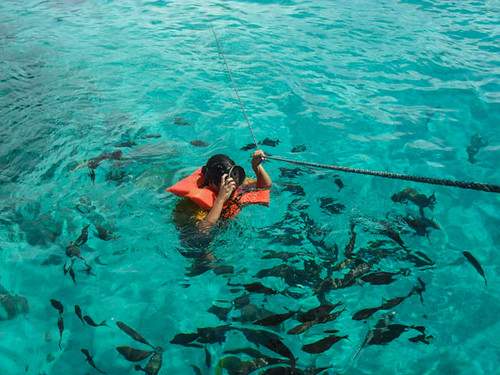 From Sorsogon to Matnog

Alternatively, from Manila or Legazpi, you can take a bus bound for Sorsogon and alight at Sorsogon Integrated Bus and Jeep Terminal.  From Sorsogon, ride a jeep bound for Matnog.

Philippine Airlines and Cebu Pacific have daily flights between Legazpi and Manila.   From Legazpi Airport, take a tricycle to Legazpi Terminal for Php 50.  You can take a bus bound for Sorsogon or Bulan. Please read instructions above. 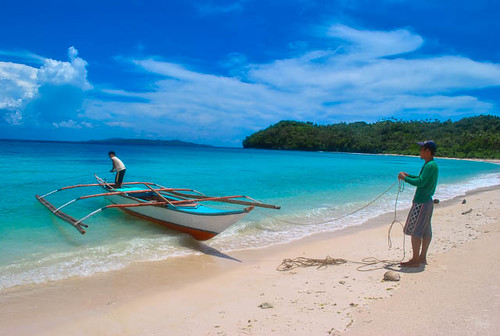 All tourists are required to pay the following fees:

THINGS TO DO IN SUBIC BEACH MATNOG

Swimming, snorkeling, and diving (bring your own equipment).  Swim with the fish in Juag Fish sanctuary, no entrance fee as of the moment but I urge you to donate to the good caretakers.

Where to Stay in Subic

You can camp at Subic Beach Dako, bring your tent. Open cottages can also be rented for Php 400 (day use) or Php 500 (overnight).

Buy food in town before proceeding. You can buy fresh fish or seafood at the market and grill it at the beach. Make sure to buy charcoal too.

If you are looking for other places to visit near Matnog. Consider the following:

Capul (to be posted soon)

"She's the type to fall in love with the moon and

"It is both a blessing and a curse to feel everyth

"It will come, when your heart is ready to carry i